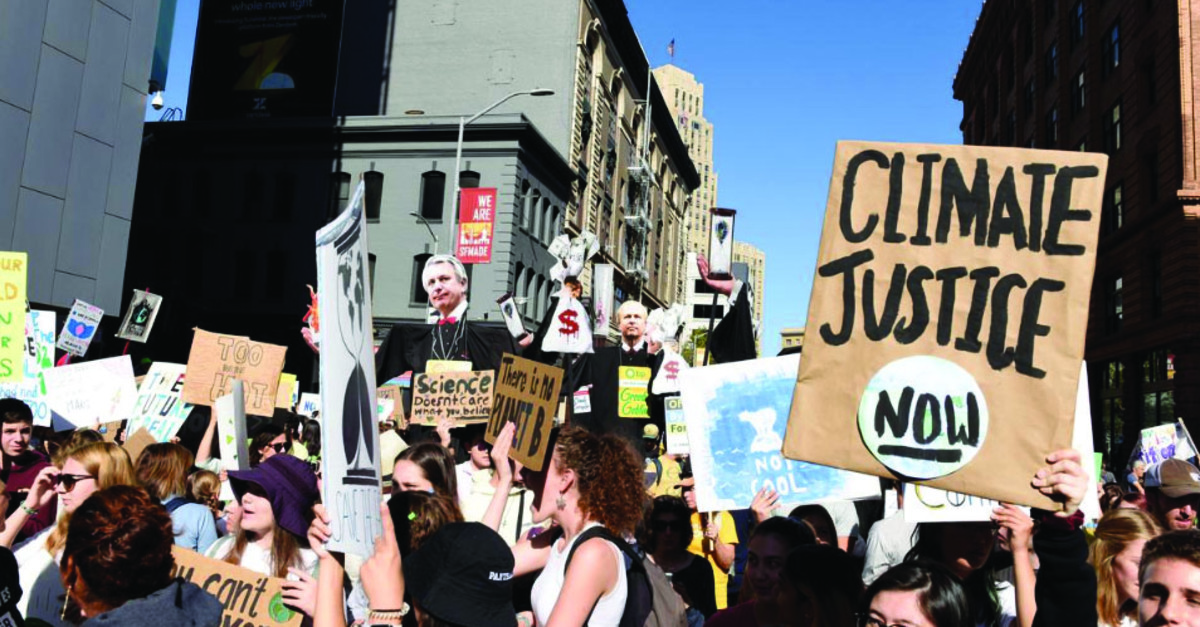 Almost 90 big companies in sectors from food to cement to telecommunications are pledging to slash their greenhouse gas emissions in a new campaign to steer multi-nationals towards a low-carbon future, organizers said yesterday.

We Mean Business, a coalition of advocacy groups, said dozens of companies had joined the initiative in the two months leading up to a United Nations summit taking place today, which aims to spur faster action on climate change.

"Now we need many more companies to join the movement, sending a clear signal that markets are shifting," U.N. Secretary-General Antonio Guterres said in a statement.

The coalition was launched in June with a call to action by the United Nations, business and civil society leaders. The first 28 companies to join announced the following month. We Mean Business said 87 companies are now involved, with total market capitalization of more than $2.3 trillion.

Some companies in the coalition have agreed to slash their carbon emissions to net zero by 2050, including Swiss food company Nestle, French building materials company Saint-Gobain, and French cosmetics maker L'Oreal .

Others have stopped short of committing to go carbon neutral but say they will align their operations with a goal of limiting the increase in average global temperatures to 1.5 degrees Celsius enshrined in the 2015 Paris Agreement.

As accelerating climate impacts from melting ice caps to sea-level rise and extreme weather outpace climate models, scientists say the world needs to halve its greenhouse gas emissions over the next decade to avoid catastrophic warming.

Some experts have questioned whether publicly traded companies committed to maximizing shareholder returns will be able to make the sweeping investments required to fight climate change. Yet many investors have been pressuring companies to act on climate risks, and chief executives also face pressure from an upsurge in youth-led activism, which mobilized millions around the world to protest on Friday.

We Mean Business believes pledges by a core of mostly European, and some North American and Asian companies, to commit to independently-verified emissions targets will prompt others to follow suit.

"These bold companies are leading the way towards a positive tipping point where 1.5°C-aligned corporate strategies are the new normal for businesses and their supply chains around the world," said Lise Kingo, chief executive of the U.N. Global Compact, which promotes responsible business practices.

U.N. chief Guterres sees the private sector as crucial to securing more ambitious pledges at today's Climate Action Summit in New York, which aims to boost the Paris deal before it enters a crucial implementation phase next year.

Companies such as Danish power group Orsted, Spanish energy company Iberdrola and German insurer Allianz are due to speak alongside governments at the one-day gathering, according to a draft agenda.