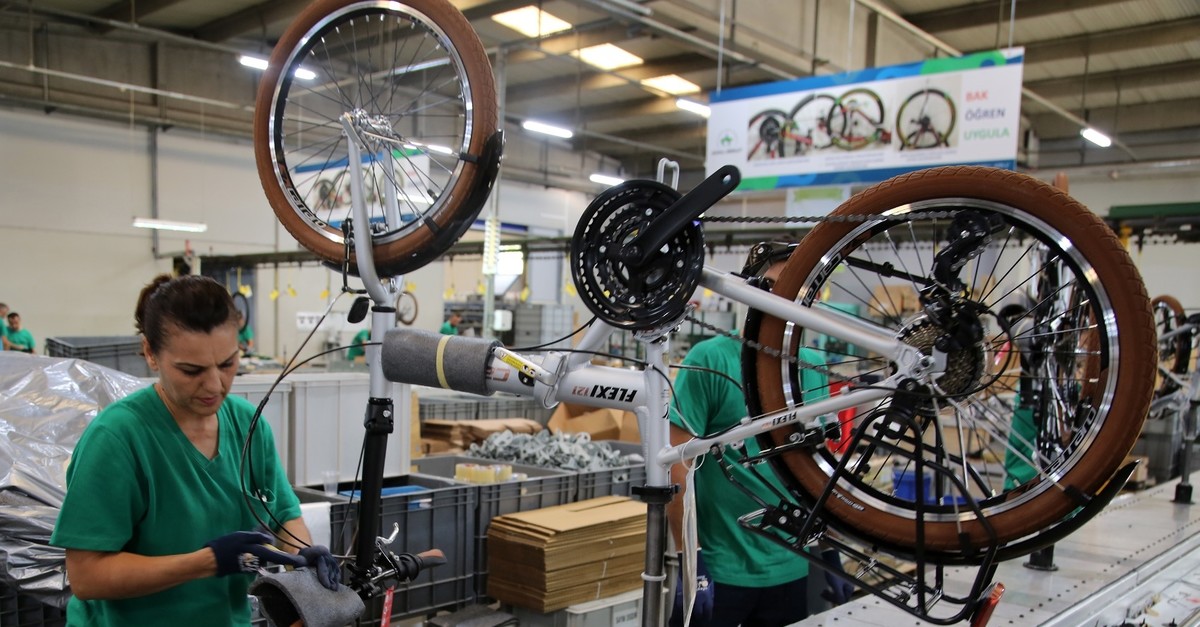 One of the leading bicycle manufacturers in Europe, Turkey has been significantly boosting its exports of electric-assist bikes, which have been enjoying growing popularity.

Having started major sales of electric-assist bikes abroad in 2017, Turkey sold only 219 units throughout that year. This figure has increased to 7,155 in the first eight months of this year, generating some 5 million euros ($5.51 million) in foreign exchange inflows.

The electric-assist bicycle, which gives extra power to its user when pedaling thanks to its battery, has become a significant item with high export potential for Turkey.

According to the Confederation of the European Bicycle Industry (CONEBI) data, nearly two million electric bikes met with users in continental countries where more than 20 million bicycles were sold in 2017.

This figure is expected to reach five million in the short-term, while in the medium-term, one of every two bicycles sold is expected to be electric-assist.

Having realized the market potential of electric bicycles with a value-added about five times higher than conventional bikes, Turkish manufacturers are focused on expanding their production in this area.

Using the European Union's anti-dumping application for electric-assist bikes imported from China as an advantage, the sector aims to develop entirely domestic products with the support of domestic battery and cell manufacturing companies.

According to Turkish Statistical Institute (TurkStat) data, electric-assist bicycle exports started in 2017 with only 219 units and rose to 2,910 units last year. It approached 7,155 units in the first eight months of this year.

Anıl Şakrak, a member of the board of the Bicycle Industry Association, told Anadolu Agency (AA) that the sales of electric bikes in the European Union countries doubled each year, adding the manufacturers in Turkey would make good use of this opportunity.