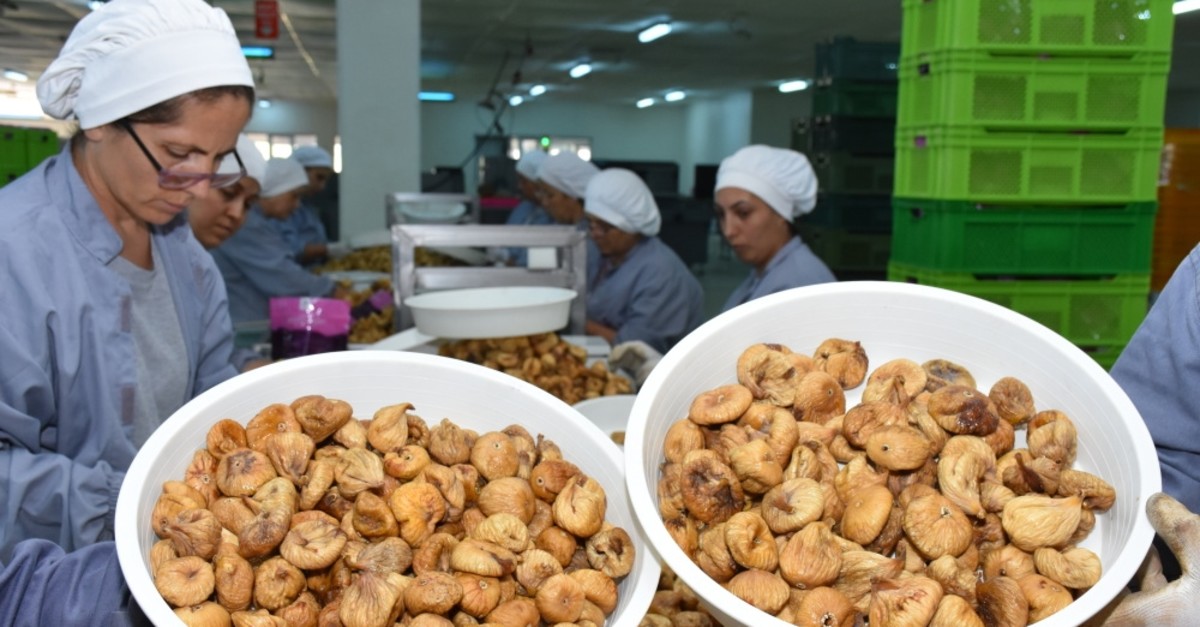 Known as "strained fig" because of its size and honey ratio, dried figs grown in the Aegean province of Aydın are adorning royal tables in countries all around the world.

Turkey ranks first in the world in dried fig production and trade, while Aydın is the province with the highest production.

Called a "miracle fruit," figs contain 2,900 calories per kilogram. Thanks to its high calories, fig produces vitamins E and B and passes into the blood very quickly and as a result increases the body temperature in a short time. The fig, which is one of the symbols of the Aegean region, is also known for its aphrodisiac features.

Approximately 40,000 tons out of 60,000 tons of dried figs grown on an area of 37,000 hectares in Aydın are exported to a number of countries in the world, Europe in particular.

Dried figs collected during the first period of the harvest are among the indispensables of the royal table. Royal families in Britain, the Netherlands, Belgium and Morocco are supplied special strained figs from Aydın.

Bircan stated that they expect 72,500 tons of yield this year, adding, "We are having the best season in recent years… We exported figs worth over $10 million last year. I think we will exceed $20 million this year. We have exports to 35 countries, with the Far East, Europe, Americas, Canada and Arab countries taking the lead."

Indicating that 80% of dried figs are exported, Bircan said that they have special customers.

Figs are also being offered to passengers during long flights of the national flag carrier Turkish Airlines (THY) as they help digestion, said Bircan.

Aydın's dried figs earned a coveted geographical indication in February 2016, a registration that helps unique products be protected, marketed and advertised. Gaziantep baklava, a rich, sweet pastry featured in many cuisines of the former Ottoman countries, and the Malatya apricot are among other Turkish products that also have an EU designation.