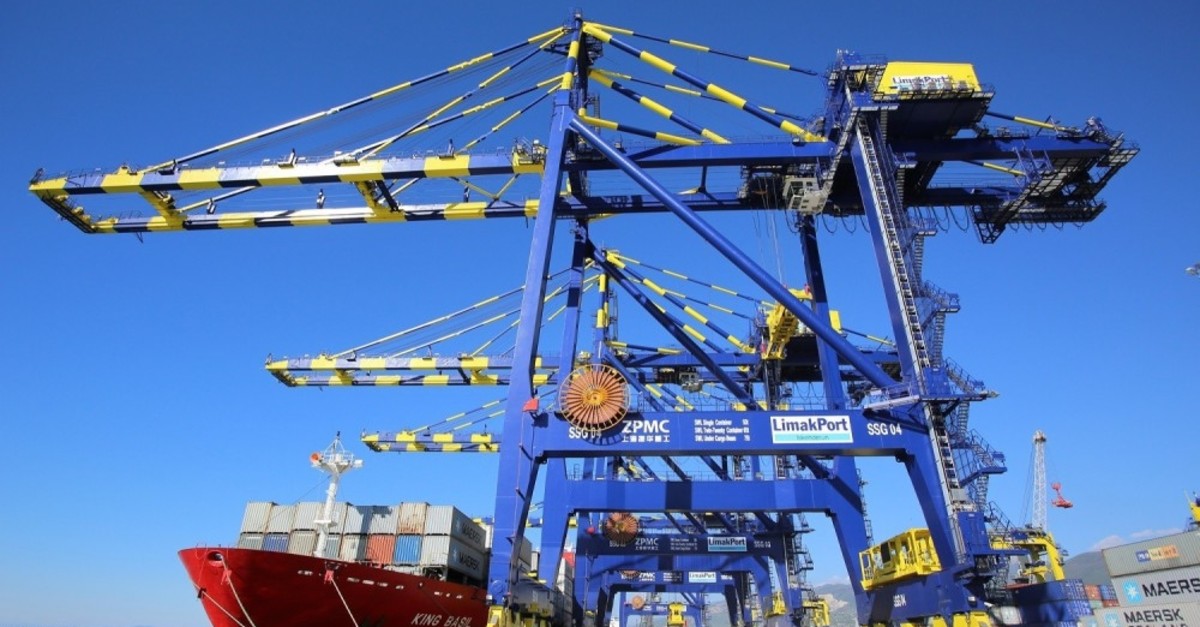 The country's imports saw an annual rise of 0.15% to hit nearly $17 billion last month, Ruhsar Pekcan said in a news conference in Mersin, a Mediterranean coastal city in southern Turkey.

"Last month, the countries that we exported the most were Germany, Britain and Italy, respectively – making 22.2% of Turkey's total exports – while Russia, China and Germany ranked first in our imports – accounting for 29.7% of total imports of the country," Pekcan said.

She noted that Turkish exporters managed to enter 214 different markets in the month.

Exports-to-imports coverage ratio rose to 86.1% from January to September, up from 71.1% in the same period last year, she added.

The top destinations of the Turkish exports in September included Germany, the U.K., Italy, Iraq and the U.S., the minister said.

She further confirmed that the trend in September figures verify the continued positive contribution of exports to economic growth. Turkish Exporters Assembly (TİM) Chairman İsmail Gülle also drew attention to the successful trend of Turkish exports despite the global trade wars and the negative impact of the economic and political conflicts.

In reference to the rapidly changing global trade agenda since the beginning of this year, Gülle said, "The export performance countries around the world this year highlight Turkey's success in a more concise fashion. The strategic decisions of the exporters and their flexibility have enabled us to surpass our rivals in target markets."

The TİM chairman also stressed that for the first time in the last 13 years, the number of exporting companies surpassed importing firms. In 2018, Turkey had 79,773 exporting firms and the figure rose to 83,286 by September. Gülle noted that 1,392 firms have exported goods for the first time in September and a total of 38,744 Turkish companies sold goods and products abroad in September.

Gülle also stressed that Turkish exporters will keep up the good work to achieve the targets designated in the Export Master Plan, unveiled by Pekcan in late August. As part of the new export road map, the Trade Ministry identified five target sectors and 17 target countries, where it wants to double Turkish exports. These countries include the U.S., Brazil, China, Ethiopia, Morocco, South Africa, South Korea, India, Iraq, the U.K., Japan, Kenya, Malaysia, Mexico, Uzbekistan, Russia and Chile. In accordance with the new plan, Turkey aims to achieve $226.6 billion in exports by 2023 – a target set in the 11th Development Plan.

In 2018, Turkey's exports hit an all-time high of $167.9 billion, while the figure was nearly $157 billion in the previous year, according to the Turkish Statistical Institute (TurkStat).