THY flies to record high on Latin American lines with 340,000 passengers 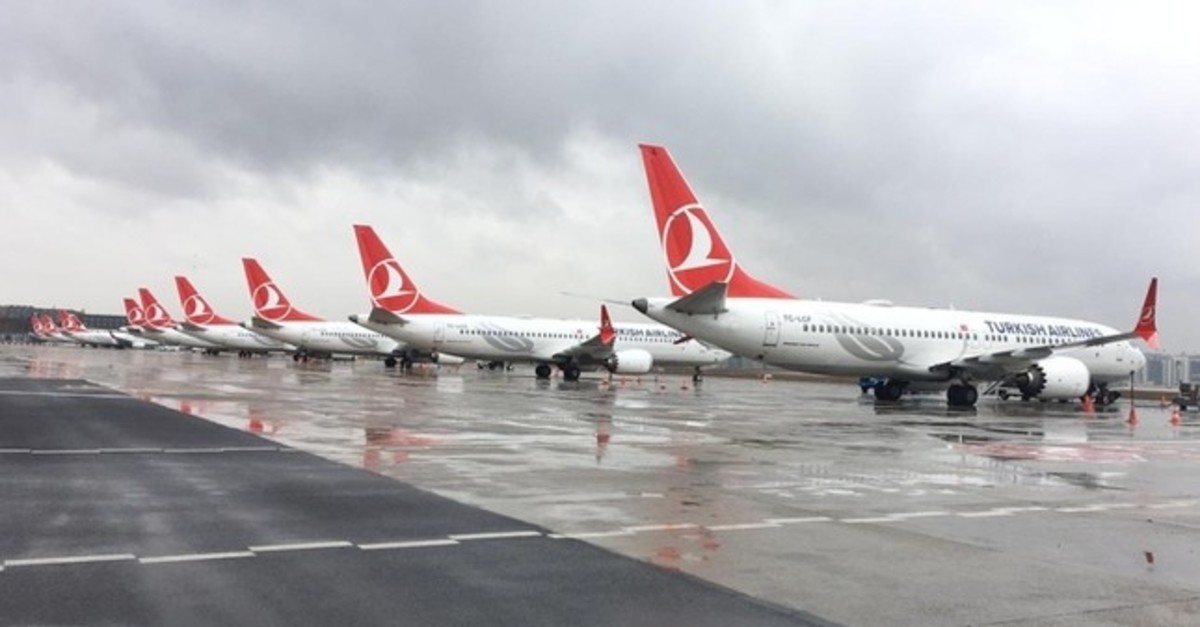 by Daily Sabah with DHA Oct 14, 2019 1:14 am
In the first nine months of this year, Turkish Airlines (THY) carried 340,000 passengers from Latin American countries, achieving a record high from this part of the world. Having seen an increase, especially in transit passengers from Latin countries, the national flag carrier raised its occupancy rates in this market to 86.3%.
The interest of the Latin American tourists in Turkey increases every year. While arrivals from Latin American countries rose to 237,000 in eight months, many visit Turkey, especially for faith tourism. The most preferred place overall is Ephesus, while Brazilians take the lead in the number of tourists visiting Turkey with 647,767 arrivals and an increase of 33.55%, followed by Argentines with 46,172 and Colombians with 41,835 arrivals.
Latin American visitors s mostly come to Turkey to use Istanbul as a transfer hub. As the interest of Latins in transit flights via Istanbul has increased, especially in the recent period, the increase in the interest in Istanbul was reflected in the passenger figures of Turkish Airlines. With 18.2 million passengers transferring in nine months, THY also saw an increase in the number of Latin Americans passengers.
Turkish Airlines carried 340,000 passengers from Latin American countries in the January-September period, including departures from Turkey and transit lines, seeing an increase of 13.7%. THY's passenger occupancy rates on these flights stood at 86.3%. The most noteworthy rise in the Latin lines was in cargo and mail transportation with an increase of 73.3%. THY cargo and mail transportation reached 25,070 tons on this line.
In Latin America, THY has flights to Bogota, Colombia; Havana, Cuba; Buenos Aires, Argentina; Sao Paulo, Brazil; Caracas, Venezuela; Panama and Mexico.
Meanwhile, in the January-August period, Brazil led the way in the number of arrivals with 33.55% and 64,767 passengers, while Argentina sent 46,172 passengers with a decrease of 6.11%. Colombia increased its arrivals by 28.43% to 41,835, followed by Mexico with an increase of 66% and 34,550 passengers, Chile with a 34.77% increase and 12,501 passengers, and Venezuela with an 18.22% rise and 6,826 passengers.
Other South American countries, on the other hand, saw a 20.44% increase in the number of passengers visiting Turkey with 20,410 arrivals, while Central American countries sent 9,404 passengers in this period, seeing a 30,59% increase compared to the same period last year.
Last Update: Dec 20, 2019 1:03 am
RELATED TOPICS