Are US-Chinese tariffs on almost everything the 'new normal?' 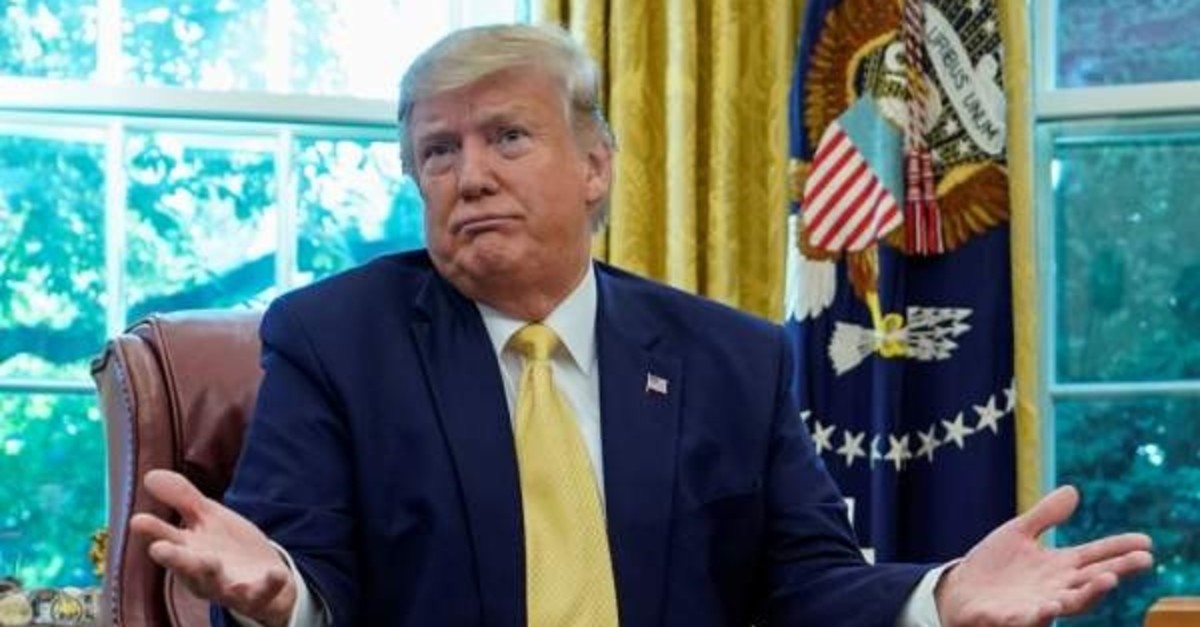 Nothing between Washington and China seems to have changed, although they have agreed on a partial deal; tariffs on hundreds of billions of dollars of Chinese goods are being left in place, raising concerns that tariffs will become the “new normal”

U.S. President Donald Trump called his Phase 1 trade deal with China “by far, the greatest and biggest deal ever made,” even though nothing was agreed on paper, and most of the tariffs set upon Chinese goods remain in place.
While he lauded China for agreeing to buy as much as $50 billion in agricultural products, he left tariffs in place on hundreds of billions of dollars of Chinese products, raising concerns that tariffs will become the “new normal.”
The 15-month trade war between the world’s largest importer and its largest exporter has forced U.S. farmers to leave crops in the field to rot after Chinese buyers disappeared, while lopping an estimated $850 billion off the global economy – an amount equal to the gross domestic product of Switzerland. A White House press conference offered almost no specifics on the deal and Beijing’s formal statements were even cloudier – suggesting Chinese officials believe they have not actually agreed to anything at all.
Largely unaddressed are the core U.S. complaints about China’s state-dominated economic model that gave rise to the trade war in the first place, people familiar with the recent talks said: That China coerces the transfer of foreign technology as the price of doing business there and unfairly subsidizes state-owned enterprises, fueling excess capacity that swamps global markets.
The United States is not finding “flexibility or any give on those issues,” said former U.S. Treasury undersecretary of international affairs Nathan Sheets.
“The problem for the U.S. is, if this is where it lands, are we really going to have substantial tariffs on China indefinitely?” said Sheets, currently chief economist for asset manager PGIM Fixed Income.
Trade experts and China market analysts say chances are high that Washington and Beijing will fail to agree on any specifics – as happened in May – in time for a mid-November meeting between Trump and Chinese President Xi Jinping. Even if they do, they say, China will be less inclined to make the concessions needed for a more difficult “Phase 2” of negotiations, choosing instead to live with substantial U.S. tariffs.
In 2009, Mohamed El-Erian of Pacific Investment Management used the phrase “the new normal” to describe a post-financial crisis landscape of low growth and low interest rates.
A decade later, the “new normal” could be shaping up to be indefinite, hefty U.S tariffs on the majority of Chinese imports and substantial Chinese tariffs on most U.S. goods – a constant drag on the global economy and no fundamental change in Beijing’s behavior.
Friday’s truce “just kicks the can down the road, which is good enough for both sides for now,” said Scott Kennedy, a China trade expert at Center for Strategic and International Studies. Eventually, he said, “the Trump administration may run out of road, and China Inc would not have been constrained.”
Before the trade war started, the outlook for the global economy was sunny. In late 2017, Trump’s administration was on the cusp of enacting sweeping tax cuts intended to turbocharge business investment and boost U.S. growth, Europe had shaken off its post-crisis doldrums and China was slowing but resilient.
“The global upswing in economic activity is strengthening,” the International Monetary Fund wrote in October 2017, predicting that global growth would be 3.7% in 2018.
Since the trade war started, China has set tariffs on more than $110 billion worth of U.S. goods, most of the total, except for commercial aircraft. The United States has active tariffs on about $375 billion of Chinese imports out of an annual total of about of $550 billion.
This month, the IMF’s new managing director, Kristalina Georgieva, warned that trade conflicts had thrown the global economy into a “synchronized slowdown,” with announced tariffs lopping $700 billion off global economic output, largely through uncertainty that has stifled business investment and hurt markets.
The U.S. Federal Reserve has made similar forecasts, cutting 1%, or $850 billion off global GDP.
Eurozone growth halved in the second quarter of this year as Germany’s economy shrank and trade slowed, the European Union reported on Sept. 6.
The trade deal Trump announced, which indefinitely suspends tariffs that were supposed to kick in Oct. 15, would only lessen the “trade drag” on the global economy by 0.1% of GDP, Oxford Economics wrote in a note just after the White House press conference, headlined “Itsy-Itsy-bitsy-teeny-weeny handshake deal with China.”
“By leaving all the other tariffs in place, (the Trump administration) can say they’re being tough on China, and they’re not going to give in,” said David Dollar, a China economics expert at the Brookings Institution in Washington.
“It seems like there’s not much prospect for further negotiation and opening up in China.”