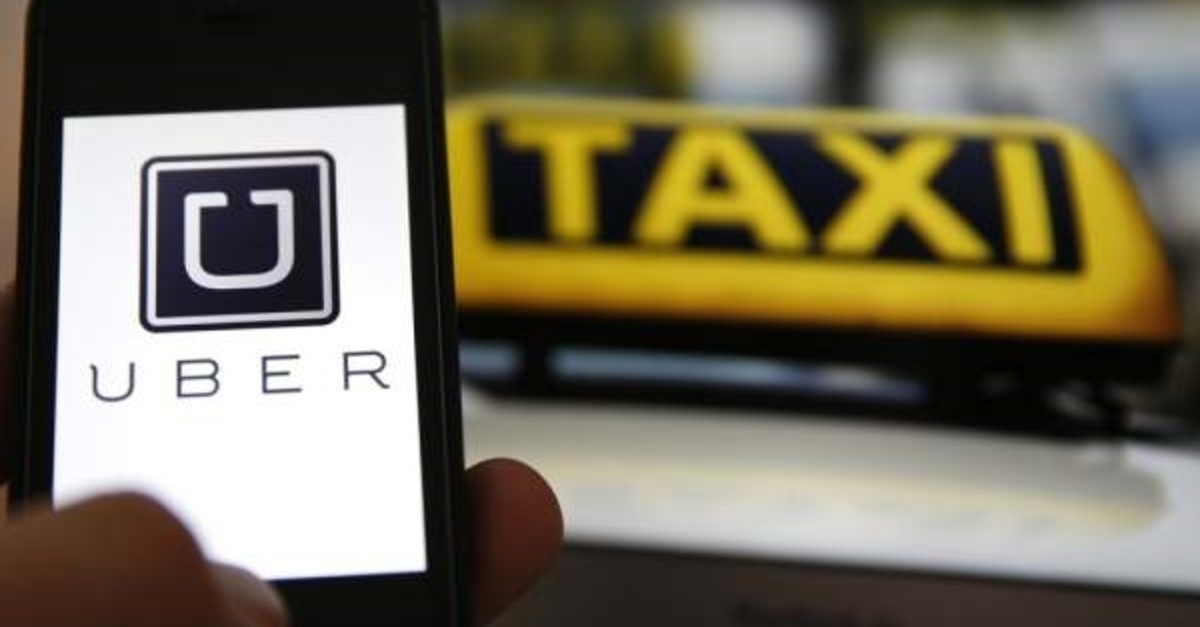 An Istanbul court decided to ban access to Uber's mobile application, ruling that it causes unfair competition with taxi services.
by Daily Sabah Oct 16, 2019 7:12 pm
A local court in Istanbul on Wednesday came to a verdict on the case by the city’s taxi drivers’ association against the U.S.-based ridesharing service Uber. The court ruled on unfair competition and banned access to Uber's mobile application in Turkey.
Last year in March, the Istanbul court heard a lawsuit filed against Uber by Turkey’s United Taxi Drivers Association. The suit asked to block Uber’s application to offer transportation services.
In May, Uber announced the termination of its UberXL services in Turkey, but continue its operations with its yellow and turquoise taxi service to Istanbul residents and tourists.
Uber XL vehicles had been under tight police checks in traffic and fined for their activities under a regulation preventing illegal passenger transportation. The downsizing move had come in the face of tightly implemented regulations and mounting fines.
As in other countries worldwide, Uber has incited the anger of cabs drivers since its foray into the Turkish market in 2014.
Uber's operations in Turkey have sparked a lot of controversies, with taxi drivers protesting against what they said was unfair competition and illegal business practices by the ride-sharing service. Taxi associations in the city filed a lawsuit against the popular app, calling to block access to the app and seeking damages to their business.
An estimated 17,400 official yellow taxis operate in Turkey's most populous city, Istanbul. They are a pillar of the city's often patchy transport system, but critics say that poor quality of service and overcharging gave Uber an opportunity to carve out a niche in the market.
Last Update: Dec 20, 2019 1:05 am
RELATED TOPICS