Vehicles passing through customs gate to be scanned via AI 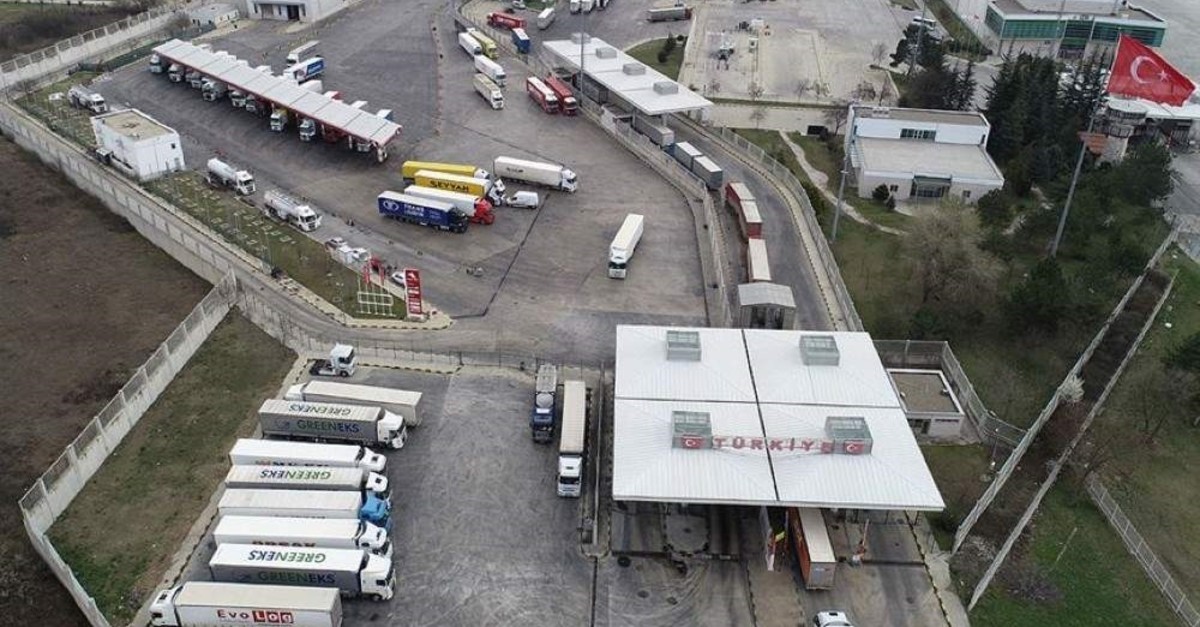 Turkey is about to add a new addition to its high technology investments and projects in order to increase efficiency in preventing smuggling and reducing formalities at customs.
A total of 68 X-Ray Vehicle and Container Scanning systems, which provide detailed analysis of all kinds of vehicles and containers entering and exiting from customs gates without requiring physical intervention, were installed in all customs gates and ports with high trade volume, Trade Minister Ruhsar Pekcan said.
“The Scanning Network Project will be completely developed with our local and national resources and will automatically identify illegal crime and threat elements in vehicle or cargo by using artificial intelligence (AI) technologies,” Pekcan told Anadolu Agency (AA) in an interview yesterday.
These high-tech systems provide x-ray film of vehicles and containers and ensure that customs controls, which can last for hours, take place quickly and in a qualified way within minutes, she said.
She stressed that the ministry has established technical infrastructure to carry out customs controls in a manner that does not break the pace of international trade and to combat illegal trade in the most effective way by keeping public health and safety at the forefront.
Indicating that these devices are also an important instrument to combat smuggling and all the elements of illegal crime in national security, the minister continued, “The Trade Ministry is closely following the developments in detection technologies around the world and rapidly adding new equipment to its inventory that will contribute to increasing efficiency in the fight against smuggling.”
According to Pekcan, the Scanning Network Project will be completely developed with Turkey’s local and national resources by the Scientific and Technological Research Council of Turkey (TÜBİTAK) and will be implemented by the General Directorate of Customs Protection.
By using artificial intelligence and machine learning technologies, the system will automatically identify illegal criminal and threatening elements with certain features in vehicles or cargo. Thus, the operator's margin of error during analysis and manual review times will be reduced to a minimum.
Pekcan noted that X-ray scanning systems will work in an integrated structure under the project and that X-ray images taken at customs gates will be collected in the Command and Control Center of the ministry, and will be dispatched, managed and analyzed from a single center.
Emphasizing that this will be particularly useful in preventing unregistered entry of goods into the country, Pekcan added, “In this way, for instance, X-ray images of a transit vehicle scanned as it enters our country from Habur [customs gate] can be examined by all relevant units and when the vehicle is scanned as it travels abroad from Kapıkule [customs gate], the images can be compared. In this way, attempts to leave the transit goods inside our country without paying taxes will be determined and tax loss will be prevented to a great extent.”
The minister further stated that the data and information generated in the X-ray systems will be shared with customs authorities of neighboring countries, preventing the same vehicle from being scanned again and again at border crossings, and a rapid logistics transit corridor will be established.
Pekcan highlighted that they aim to set an example to all the customs authorities in the world by implementing another modern customs application with the project being developed by TÜBİTAK.