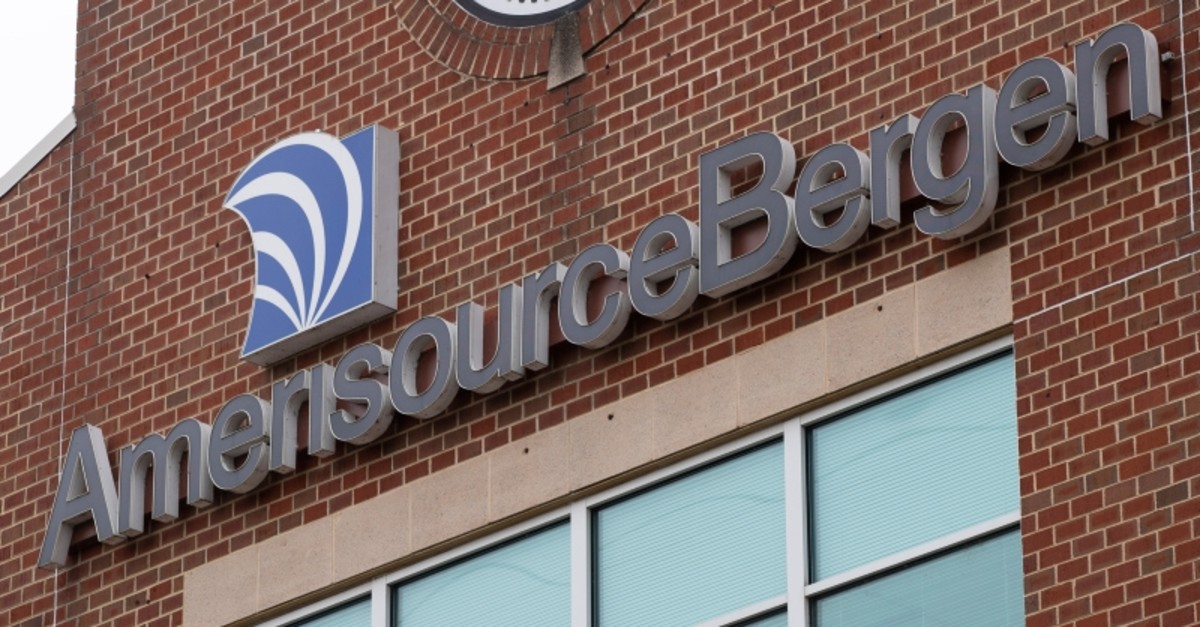 Shown is an AmerisourceBergen Corp. office building in Conshohocken, Pa., Wednesday, Oct. 16, 2019. (AP Photo)
by Associated Press
Oct 21, 2019 6:46 pm
The United States' three biggest drug distributors and a major drugmaker reached a $260 million settlement with two Ohio counties over the deadly havoc wreaked by opioids, just hours before the first federal trial over the crisis was about to begin Monday.

The settlement means the closely watched trial will not move forward now.

The trial involved only two counties — Cleveland's Cuyahoga County and Akron's Summit County — but was seen as an important test case that could gauge the strength of the opposing sides' arguments and prod them toward a nationwide settlement.

Across the country, the drug industry is facing more than 2,600 lawsuits brought by state and local governments seeking to hold it accountable for the crisis that has been linked to more than 400,000 deaths in the U.S. over the past two decades. A federal judge in Ohio has been pushing the parties toward a settlement of all the lawsuits for nearly two years.

The agreement reached Monday calls for the distributors AmerisourceBergen, Cardinal Health and McKesson to pay a combined $215 million, said Hunter Shkolnik, a lawyer for Cuyahoga County.

Israeli-based drugmaker Teva would contribute $20 million in cash and $25 million worth of Suboxone, a drug used to treat opioid addiction.

"People can't lose sight of the fact that the counties got a very good deal for themselves, but we also set an important national benchmark for the others," Shkolnick said.

Separately, the small distributor Henry Schein also announced Monday that it is settling with Summit County for $1.25 million. The company was not named in Cuyahoga's lawsuit.

After the new settlements and previous ones with five other drugmakers, the only defendant left in the trial that had been scheduled for Monday is the pharmacy chain Walgreens.

The new plan is for Walgreens and other pharmacies to go to trial within six months if they don't reach settlements first.

U.S. District Judge Dan Polster, who is overseeing the mountain of lawsuits, has long pushed for a coast-to-coast settlement that would provide money for treatment and other expenses associated with the crisis and force the industry to change its ways.

Industry CEOs and attorneys general from four states met Friday in a daylong session in Cleveland, where the offer in place was a deal worth potentially $48 billion in cash and drugs over time to settle cases nationally. But they couldn't close the deal, partly because of disagreements between state and local governments over how to allocate the settlement, which would have come from the three big distributors, Teva and Johnson & Johnson.

In a statement, the state attorneys general from North Carolina, Pennsylvania, Tennessee and Texas, which are leading those talks, said that effort will continue — and that the Ohio settlement helps.

"People in every corner of the country have been hurt by this crisis, and it is critical that settlement funds be distributed fairly across states, cities, and counties and used wisely to combat the crisis," they said.

OxyContin maker Purdue Pharma, often cast as the biggest villain in the crisis, reached a tentative settlement last month that could be worth up to $12 billion. But half the states and hundreds of local governments oppose it. It remains to be seen whether the settlement will receive the approvals it needs.

In a statement, Walgreens noted in its defense that it distributed opioids only to its own pharmacies, something it says differentiates the company from others in the industry.

"We never sold opioid medications to pain clinics, internet pharmacies or the 'pill mills' that fueled the national opioid crisis," the company said.