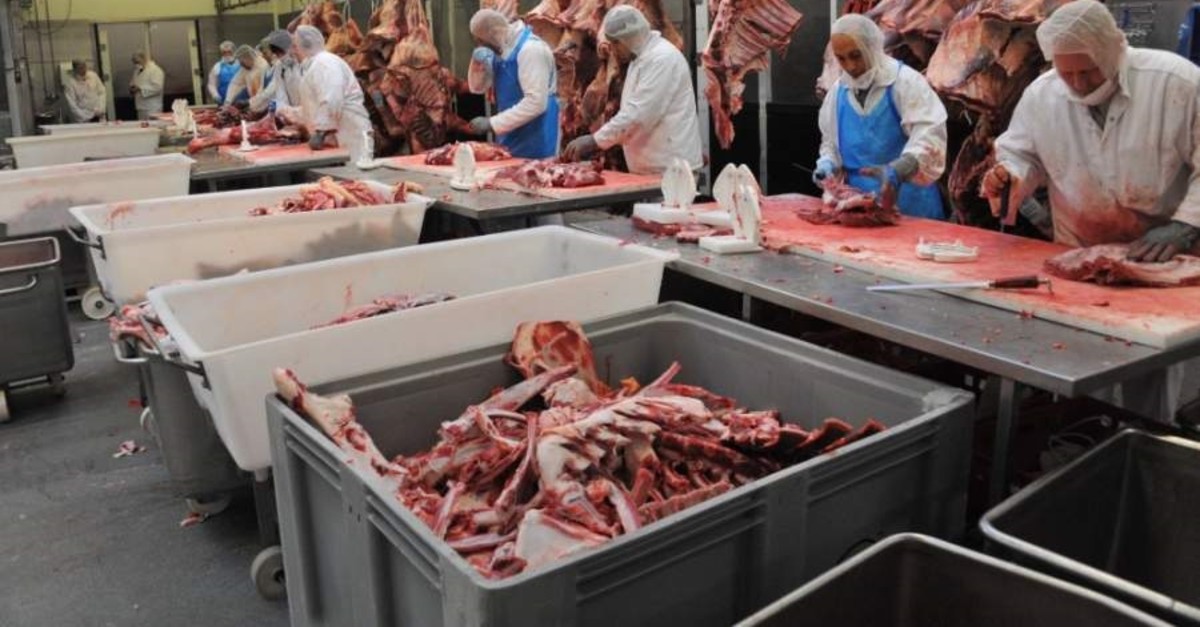 Bilal Bıyık and Mustafa Muhçu, two Turkish businessmen, have made their mark in Denmark's halal meat sector in less than two decades and are now credited with guiding the sector in the right direction.

The two men were modest businessmen when they crossed paths long before a ban in the European country on slaughtering animals without stunning them beforehand. As a niche emerged in the halal meat marketplace, they were quick to reap the benefits of their investments. Their investment both met the demand for halal meat and led local slaughterhouses to join the growing movement to promote halal slaughter.

Bıyık says he met Muhçu in the early 2000s when he was running a cafe and Muhçu was in the butchering business. They set up a company in 2001 and decided to reassess their investments as the marketplace grew.
“We originally planned to grow in the döner business but when we saw challenges people faced in the halal meat market, we decided to invest there,” he told Anadolu Agency (AA).
As animal welfare activists’ efforts to stop the slaughter of animals without stunning paid off, the two entrepreneurs sought a way to keep the Islamic way of animal slaughter available for customers. They visited slaughterhouses and helped them to employ Muslim butchers. Soon, all slaughterhouses turned to the halal way of slaughtering thanks to a large number of Muslim butchers, meeting the demand for halal meat. As awareness rose over halal slaughter, the practice spread to other countries from Germany to Poland. “Halal butchers are more popular in Denmark because they sell healthier, higher-quality meat,” Bıyık says.

Their guidance to slaughterhouses helped their company as well, and the market share of halal meat businesses grew. The two businessmen now enjoy huge demand and even public institutions turn to their company for halal meat. Bıyık says they obtain the majority of meat supplies from Denmark and process about 50 tons of meat daily in their factory where 50 people are employed.