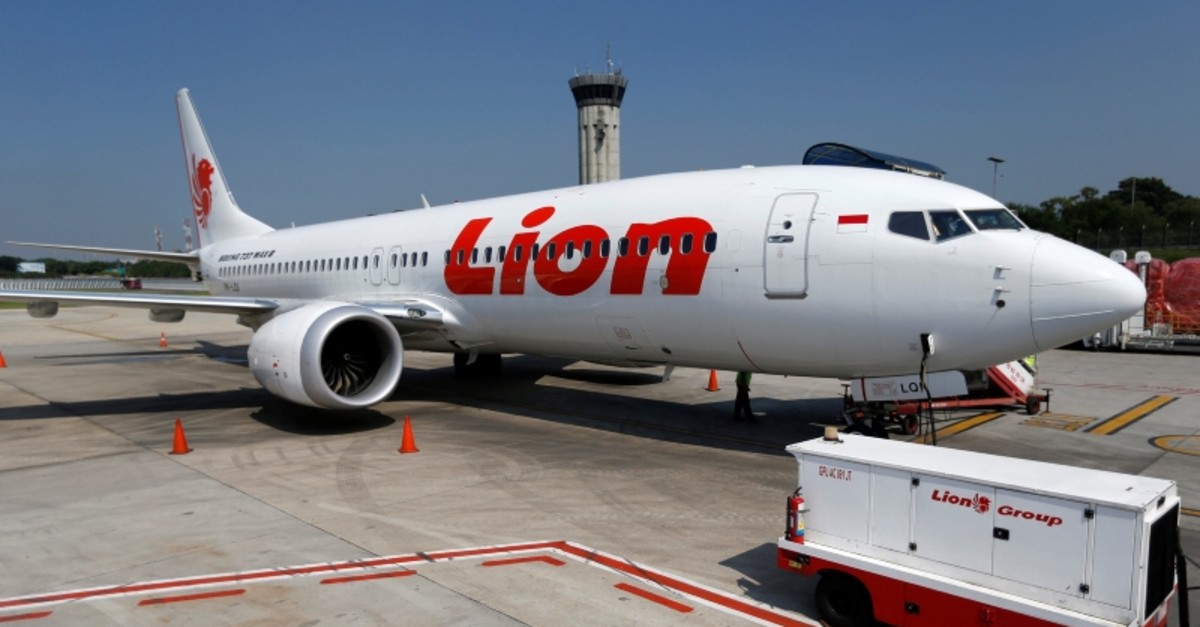 Mechanical and design problems with a Boeing flight control system were key factors in the crash of a Lion Air plane last year, Indonesian investigators told victims' families in a briefing Wednesday on their findings.
All 189 passengers and crew were killed when the Boeing 737 MAX slammed into the Java Sea shortly after takeoff from Jakarta last October. A few months later, the model was grounded worldwide after an Ethiopian Airlines 737 MAX crashed, killing 157 people aboard.
Preliminary investigations into both accidents implicated the variant's Manoeuvring Characteristics Augmentation System (MCAS), an automated flight-handling mechanism that pilots were unable to control.
Details of a final report on the Lian Air crash — expected to be made public this week — were shown to grieving relatives at a closed-door meeting in the Indonesian capital. In a slide-show presentation, Indonesia's National Transportation Safety Committee said their report would include problems with the MCAS as a "contributing factor."
"During the design and certification of the (737 MAX), assumptions were made about pilot response to malfunctions which, even though consistent with current industry guidelines, turned out to be incorrect," said the presentation, part of which was provided to French Press Agency (AFP).
It added that the system was vulnerable to the sole sensor it relied on for inputs, and that a replaced sensor on the doomed Lion Air plane had been "miscalibrated" during an earlier repair. An "absence of guidance" to 737 MAX pilots added to the challenges of dealing with a malfunction, according to the presentation.
"As the report hasn't been officially released by the investigative authorities, it is premature for us to comment on its contents," a spokeswoman for U.S. aviation giant Boeing told AFP.
A report released by international regulators said the US Federal Aviation Administration lacked the manpower and expertise to fully evaluate the jet's MCAS when it certified the plane. An initial report into the Indonesian crash had also taken aim at budget carrier Lion Air's safety culture. Indonesian media have said the final report on the crash could be released as early as Friday.
The sit-down with relatives came after Boeing on Tuesday replaced the chief of its commercial plane division, the most significant executive departure since the 737 MAX grounding plunged the company into crisis seven months ago. Boeing faced new scrutiny following text messages from November 2016 in which a test pilot described the MCAS during a simulation as "running rampant" and behaving in an "egregious" manner. The company shared the messages with the Department of Justice in February. But the FAA learned of their existence only recently and publicly criticised Boeing for withholding them.
Last Update: Dec 20, 2019 1:11 am
RELATED TOPICS