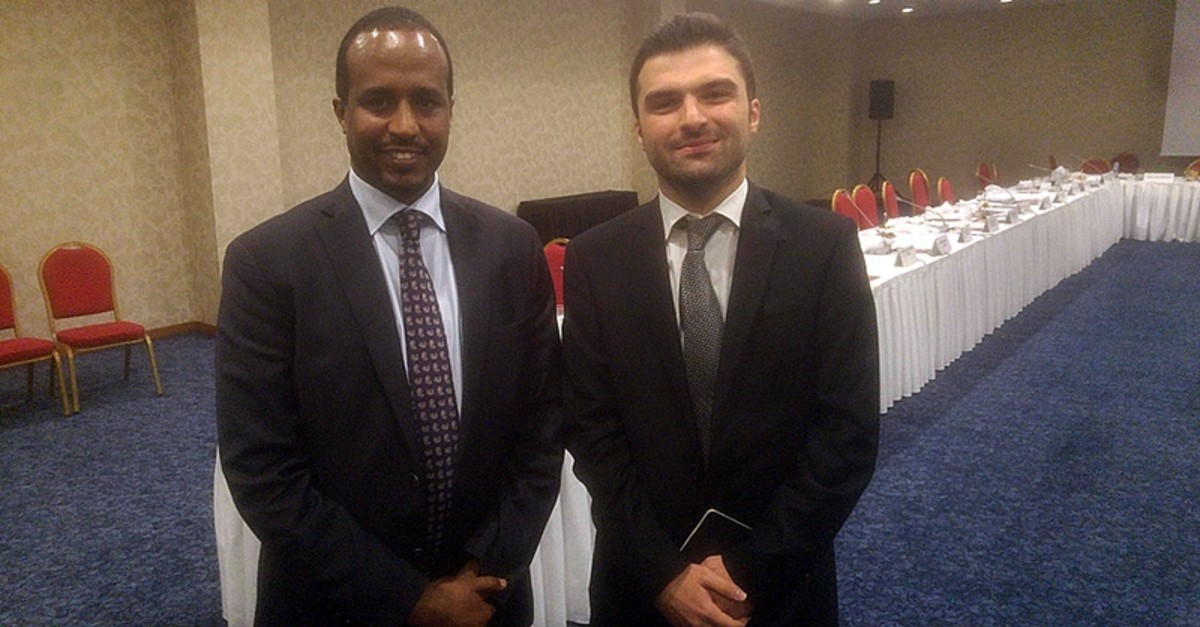 Officials and businesspeople from Turkey and Somalia emphasized developing economic ties between the two countries and called for more initiatives to enhance cooperation in every field.

Speaking at a Turkey-Somali Business Council meeting organized by the Foreign Economic Relations Board (DEİK) on Wednesday, the council’s head Ahmet Sami İşler stressed that Somalia has a very special position in the African vision of Turkey. İşler added that bilateral relations gained impetus particularly after an official visit by then-Prime Minister Recep Tayyip Erdoğan in 2011 and with the reopening of the Turkish Embassy in Mogadishu the same year.

“We, as Turkish businessmen, are ready to give all contributions to utilize the resources of Somalia for the country’s economy,” İşler said.

Turkey's Africa initiative dates back to the action plan adopted in 1998, and it gained momentum after 2005, which was declared the “Year of Africa” in Turkey. Since then, the country has focused on comprehensive, long-term policies aimed at diversifying its relations with the continent. In that perspective, Somalia has earned special status, and many projects on rural development, health, micro-macro enterprises and security have been carried out by Turkish businessmen and state agencies.

“We had excellent technical meetings with the Turkish delegation. This is a very good platform and mechanism to take a stock of our economic and trade relations with Turkey,” said Jamal Mohamed Hassan, Somalia’s minister of planning, investment and economic development.

The Turkey-Somalia Business Council was established in September 2015 after an agreement signed between DEİK and the Somalia Chamber of Commerce and Industry (SCCI) with the aim of advancing the economic relations between the two countries by business forums, delegation visits, meetings and seminar events. The first meeting of the council was held last year in Istanbul. This year’s meeting saw major participation from the Somalian side as Fisheries and Maritime Resources Minister Abdullahi Bidhan Warsame, Port and Marine Transport Minister Mariam Aweys Jama, Agriculture Minister Said Hussein Eid and Commerce and Industry Minister Abdullahi Ali Hassan took part in the Somalian delegation.

“We have already implemented most of the agreements we reached last time. This year, we have had even more successful meetings,” Hassan added.

Speaking to Daily Sabah on the council’s activities, İşler said economic relations are getting better every year as both countries offer open markets for businesspeople. He added that the Turkish side is open for cooperation to close the gap in exports to each other.

“We have trade balance in favor of Turkey but we are helping Somalian businessmen to increase their exports. Also, we are encouraging them to direct their investments to Turkey with our guidance,” İşler said.

The bilateral trade volume between the two countries stood at $187 million in 2018. Turkey made $180 million in exports to Somalia while $6 million corresponded to Somalia’s exports to Turkey.

İşler added that Somalia was the only country in Africa that supported Turkey’s Operation Peace Spring, which “clearly indicates very close relationships between people.”

DEİK was established in 1985 to contribute to the integration of Turkish trade and financial markets to the world economy and also to promote the Turkish economy and investments worldwide.