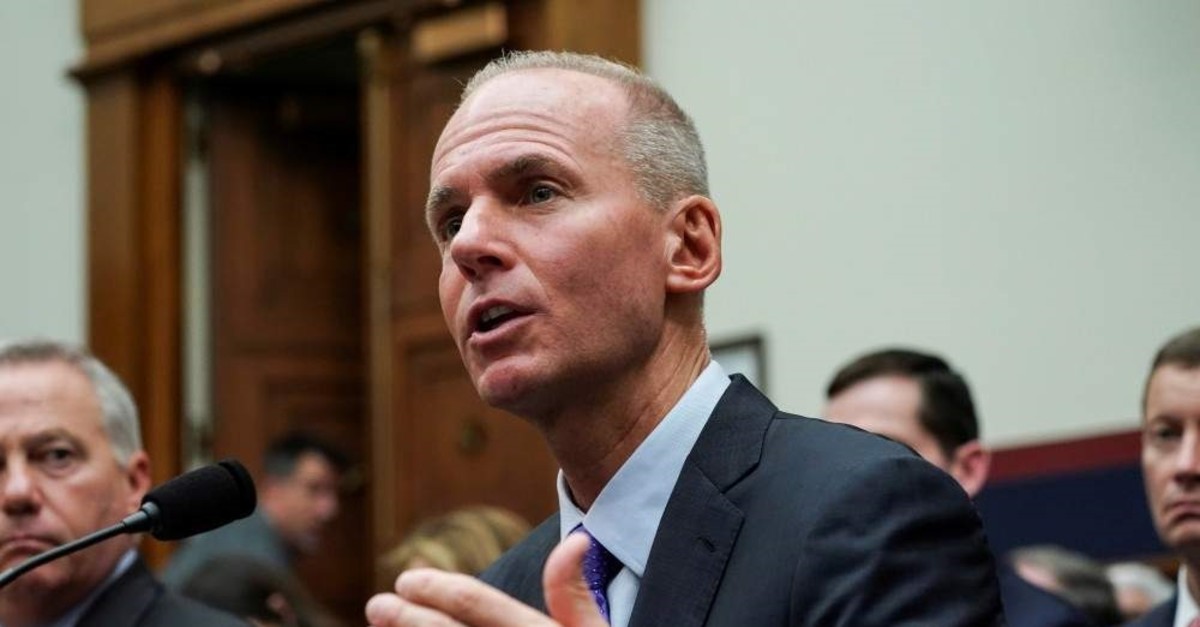 Boeing CEO Dennis Muilenburg testifies before the House Transportation and Infrastructure Committee during a hearing on grounded 737 Max aircraft in the wake of deadly crashes, Washington, Oct. 30, 2019. (Reuters Photo)
by Daily Sabah with AFP Nov 05, 2019 4:19 pm
Boeing's chief executive has asked not to receive a bonus for 2019 after being lambasted by U.S. lawmakers over pay at a Capitol Hill hearing last week, the company's chairman said Tuesday.
Boeing Chairman David Calhoun on Tuesday gave an enthusiastic vote of public confidence in Dennis Muilenburg amid calls in Congress for the embattled CEO to resign after two deadly crashes of the 737 Max jets.
"Dennis has done everything right," Calhoun told CNBC, praising Muilenburg for keeping the board informed regarding efforts to return the 737 Max aircraft to service.
Muilenburg's hearing took place exactly one year after a 737 Max crashed off the coast of Indonesia and more than seven months after a second crash in Ethiopia. In all, 346 people died. His testimony was the first by a Boeing executive since the crashes.
Last Update: Dec 20, 2019 1:28 am
RELATED TOPICS