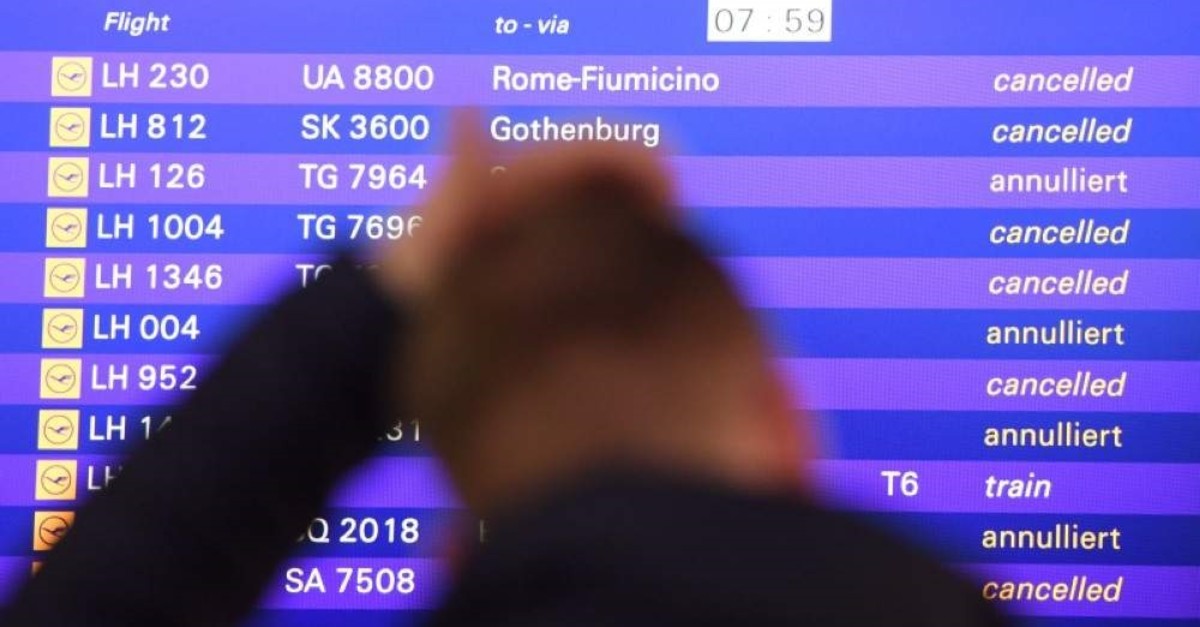 Lufthansa is canceling around 1,300 flights on Thursday and Friday because of a planned strike by a union representing cabin crew in Germany, plunging passengers into travel chaos amid an escalating row over pay and conditions.
The UFO union has called members out on a 48-hour strike starting at midnight. It is part of a bitter dispute with Germany's biggest airline about pay and the union's legal status. Lufthansa said Wednesday it is putting together a special flight plan and passengers will be able to check their flight's status on its website. It said that it will be able to operate 2,300 of Thursday's 3,000 planned flights and 2,400 of those planned for Friday. Around 180,000 passengers will be affected by cancellations.

Passengers who already booked a Lufthansa flight to or from Frankfurt or Munich, with a departure on Nov. 7 or 8, were offered free rebooking.

A Frankfurt court earlier Wednesday rejected an attempt by Lufthansa to block the strike. A company spokesperson told local media on Wednesday that Lufthansa was now filing an appeal against the decision of the Frankfurt Labor Court to prevent the strike.

But the flagship Lufthansa airline was spared from the walkout after company bosses offered a surprise 2% pay increase to avert strike action.

Since then, however, UFO said no progress had been made on the union's other demands.

"We urgently ask Lufthansa officials to return to the negotiating table," he added.