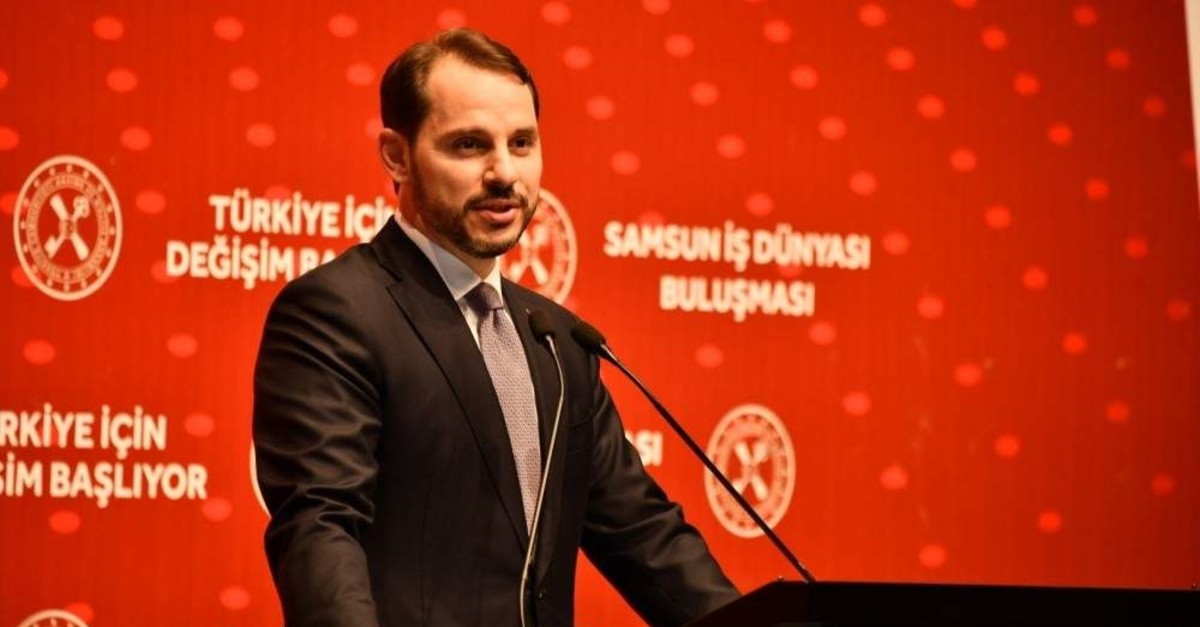 “We have completed the financial infrastructure that will make our minimum-wage, low-income citizens homeowners at the lowest interest rate ever applied in Turkey at 20-year maturity,” Albayrak said in his address at a meeting with businesspeople in the Black Sea province of Samsun.

He said the cost of the loans will be lower than paying rent.

Within the scope of the model, which will involve the state-run housing agency, the Housing Development Administration of Turkey (TOKİ), the minister said it aims to make 100,000 citizens homeowners each year.

Details, such as house models, cities and application conditions, will be shared with the public later this month at a special meeting to be attended by President Recep Tayyip Erdoğan, he said.

The minister stressed that the model will also make significant contributions to other sectors as well.

“God willing, we are starting this important step at the point of strengthening social justice, sectors, subsectors and economic activities. This is the beginning, we hope to announce much more good news with much stronger steps in the coming period,” Albayrak stated.

He also stressed that they will continue to strengthen all of the loans that were commissioned with the support of public lenders as well as other banks in order to support industrialists and tradesmen.

After a slump in the recent year, residential property sales in Turkey enjoyed an uptick in September with the reduction of interest rates in mortgage loans by state lenders and some private banks as of the beginning of August.

The impact was reflected in housing sales in the month as they increased by 5.1% year-on-year after seven consecutive months of decline, according to Turkish Statistical Institute (TurkStat) data. Some 110,538 houses changed hands in August.

Mortgage house sales in the month jumped by 168% year-on-year and totaled some 34,148 units, constituting more than 30% of total sales in the sector.

As for September, there were a total of 146,903 house sales with an annual increase of 15.4%, TurkStat data showed, with the highest increase being recorded in sales home sales with mortgages. Mortgage house sales in the month skyrocketed by 410.2% year-on-year to hit a five-year high, reaching 57,811 units. They made up almost 39.5% of all house sales in Turkey.

TURKEY TO ATTAIN POSITIVE GROWTH IN 2019

Further in his speech yesterday, Albayrak said Turkey will attain a positive economic growth in 2019, reiterating that initial indicators showed economic activity picking up further in November and December.

The latest report of the International Monetary Fund (IMF) said that the Turkish economy may see a growth of 0.25%, reversing previous forecasts of a 2.5% contraction.

The country’s New Economic Program (NEP), released at the end of this September, suggested a growth target of 0.5% this year, and 5% for the next three years.

Albayrak yesterday also stressed strong coordination among all actors in the fight against inflation, which had become a pressing issue for the Turkish economy over the last year.

He added that they expect the inflation to close the year below their target of 12%, referring to the goal laid out in the NEP and which expects the inflation rate to hit 12% this year. The program forecasts inflation to stand at 8.5% next year and 6% in 2021.

In its last quarterly inflation report of the year, unveiled earlier this month, the Central Bank of the Republic of Turkey (CBRT) lowered its inflation forecast for the end of this year to 12%, down from 13.9% in the July report.