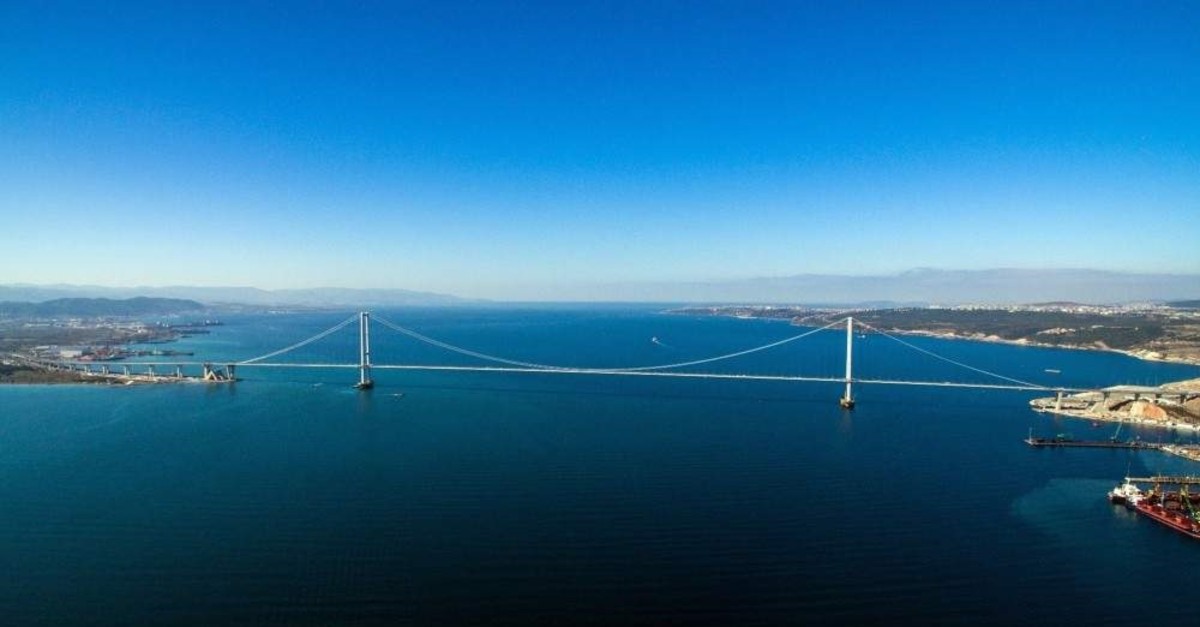 IC Holding Chairman İbrahim Çeçen confirmed that Chinese investors are planning to acquire a 20% stake in the Yavuz Sultan Selim Bridge owned by Italian contractor Astaldi and IC Holding.
“The negotiations are underway. We have yet to reach the final stage. When the talks are finalized, the Chinese investor will also launch a refinancing program,” Çeçen said in a statement to Turkish broadcaster BloombergHT.
Italian firm Astaldi, one of the partners of the consortium carrying out major infrastructure projects in Turkey, announced the plan to sell its shares in the Yavuz Sultan Selim Bridge last year to increase capital but later withdrew its demand due to the bridge's geopolitical importance. In the event of a share transfer, Astaldi will dispose of all 33% of its shares, while IC Holding will continue with a 50% share after the transfer of its 20% stake.
Astaldi was previously reported to be in talks with a Chinese Merchants Group-led consortium for the sale of 33% stake in Istanbul's Yavuz Sultan Selim Bridge.
Moreover, the Industrial and Commercial Bank of China (ICBC) was last year authorized as the lead regulator to refinance the $2.7 billion current loan for Turkey's two megaprojects, the Yavuz Sultan Selim Bridge and the Northern Marmara Highway Project.
The third bridge on the Bosporus was constructed using a build-operate-transfer (BOT) model and will be operated by the private sector until 2026. The $3-billion bridge was opened in August 2016. It is a critical part of the Northern Marmara Highway project. The bridge is 2,164 meters long and stretches 1,408 meters over the Bosporus. It has eight highway lanes and two railway lanes.
Last Update: Dec 20, 2019 1:35 am
RELATED TOPICS