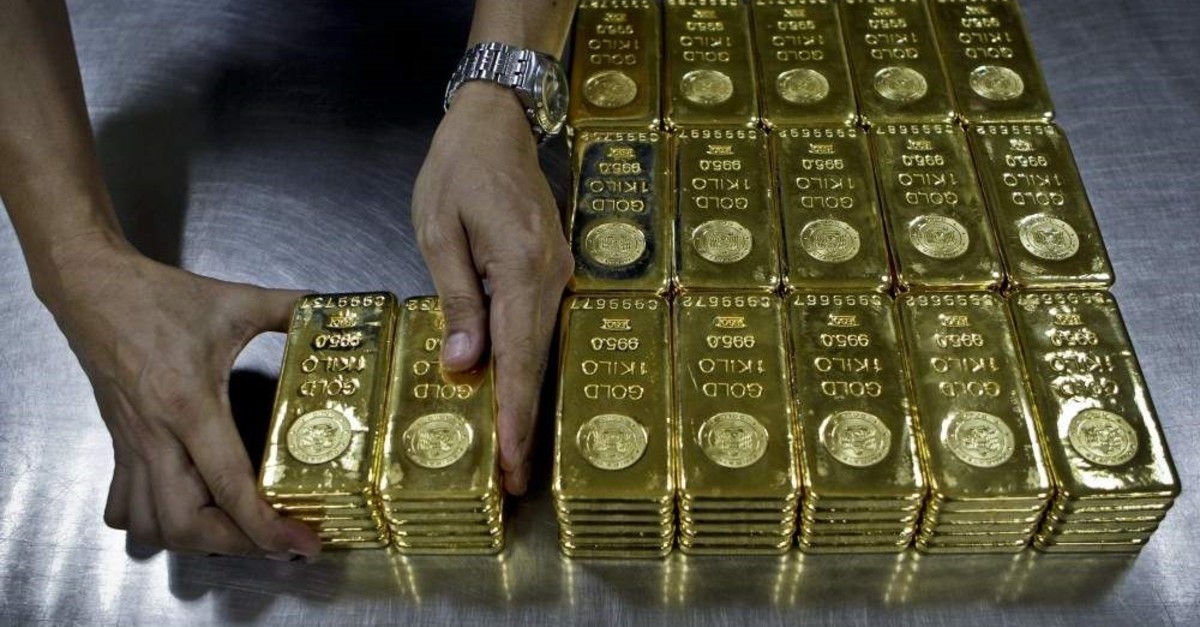 In the third quarter of this year, geopolitical risk and trade tensions led to an upward movement in global gold prices, despite last week's contraction. Turkey recorded the highest purchases in gold in this period and reached 385.5 tons in total gold reserves

Turkey, which made its highest monthly gold purchase ever with 41.8 tons in August, has been named the largest gold purchaser in the world with 71.4 tons in the third quarter, according to the World Gold Council (WGC) report.

According to WGC’s Gold Demand Trends report for the third quarter, while worldwide demand for gold continued to increase, the Central Bank of the Republic of Turkey (CBRT) came to the fore among the world's central banks with largest amount of gold purchased in the third quarter.

Russia also took the lead in countries that increased their gold reserves over the same period. The country increased its total gold reserves by 34.9 tons to 2,241.9 tons.

The share of gold reserves of the Central Bank of the Russian Federation, which has been reducing its dollar assets to diversify its reserves for some time, has risen to 20% in total reserves. The dollar equivalent of the bank's gold reserves was around $100 billion.

Another country that increased its gold reserves was China, which bought 21.8 tons of gold in the third quarter.

Gold-based mutual funds (ETFs) bought 258.2 tons of gold in the third quarter, raising the amount of gold in their portfolio to a record 2,855.3 tons.

The amount of gold held by North American funds increased by 184.9 tons in the same quarter. This purchase, equivalent to 71.6% of gold purchases in the third quarter, was closely associated with the U.S. Federal Reserve’s (Fed) interest rate cuts.

European funds bought 55.8 tons of gold in the third quarter, while Asian funds increased their reserves by 14.3 tons.

Central banks continue to play a critical role in the rise in demand for gold, according to WGC data. The third quarter of this year saw a 156.2-ton increase in the central banks' gold reserves. A total of 547.5 tons of gold has been purchased since the beginning of the year.

According to the report, Turkey, Russia and China take the lead among central banks that have recently increased their gold reserves.

Gold supply rose by 4% to 1,222.3 tons in the third quarter compared to the same period last year. This was due to a 10% increase in recycling.

Gold production in mines declined to 877.8 tons in the third quarter from 883.3 tons in the same period last year. The amount of gold recycled has reached 963.1 tons since the beginning of the year.

According to the report, geopolitical risks continued to support the upward trend in gold prices. For the price of an ounce of gold, $1,500 has become a significant level. Expectations of a slowdown in the global economy and uncertainties caused by trade wars reduced risk appetite and supported the gold trend.

Negative-yield bonds, which amounted to approximately $17 trillion in the period covered by the report, made gold an attractive investment instrument for investors.

Meanwhile, gold prices in global markets fell to a three-month low on Friday. Spot gold fell to $1,455.80, the lowest since Aug. 5. U.S. gold futures settled down 0.2% at $1,462.90. Optimism that the U.S. and China close to signing an interim trade deal put pressure on gold prices.

One of the most important marks for gold was the psychologically important $1,500. Struggling to narrow that gap throughout the day, the commodity was ultimately unsuccessful.

According to a piece on MarketWatch, experts said that the price drop for the precious metal was partly due to rising yields and falling bonds, which led to investors' lack of aggressive rate cut expectations from central banks.