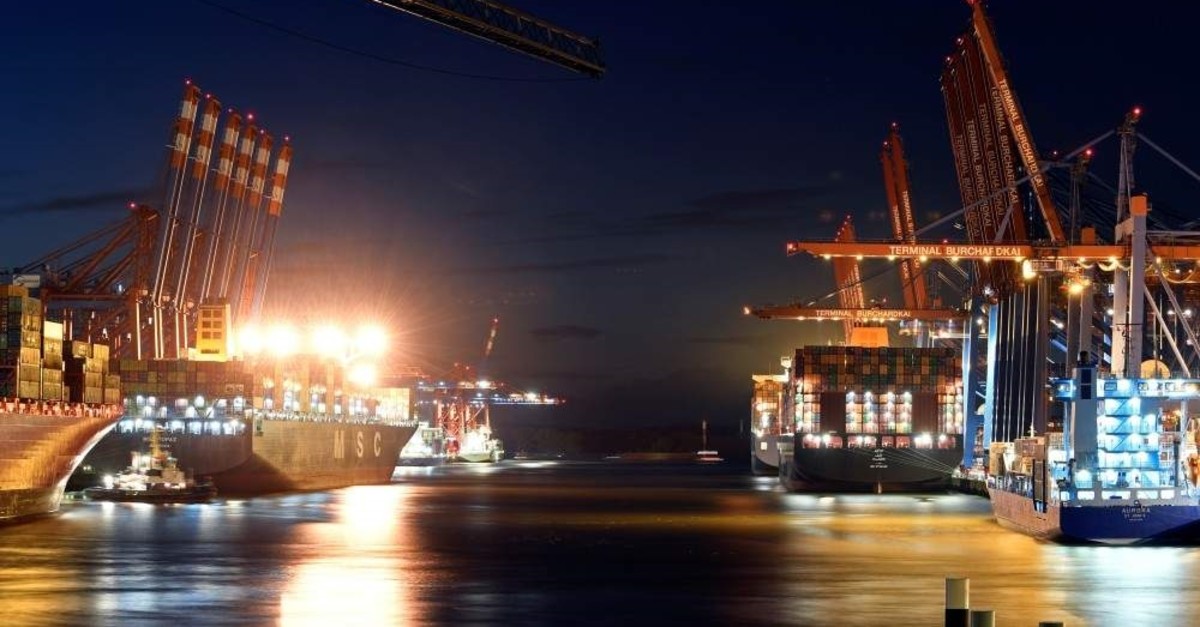 German exports to China were for years one of the few components Europe's largest economy could count on to grow; however, the once-lucrative export market is proving less supportive as the economy stagnates

For three decades, China's burgeoning demand for German cars, machines and engineering tools has been a steady engine of growth for Europe's largest economy, gratefully championed by successive governments in Berlin.

But the engine is starting to splutter. China's economy is slowing, U.S. President Donald Trump's "America First" policies are hurting global trade, and China's factories are becoming rivals to the German giants that once supplied them.

The slowdown is not helping at a challenging time for Germany. Its economy contracted 0.1% in the second quarter, and some analysts expect third-quarter gross domestic product (GDP) data due on Nov. 14 to show a similar decline – which would leave the economy in recession for the first time since 2013.

While German trade with China is only a small part of the country's 3.4-trillion-euro economy, it has been one of the few components of GDP that Berlin could count on to grow year after year.

Now, with growth in Chinese demand for goods "Made In Germany" ebbing, and by some measures falling, the once-lucrative export market is proving less supportive as the economy stagnates.

"China is our most important trading partner, but the future trend is hard to predict," said Axel Mattern, a senior manager at the Port of Hamburg, where there are signs that China's slowdown and Sino-U.S. rifts are putting a brake on trade.

While it is too early to call the demise of the Sino-German trading relationship, the cooling of its red-hot growth has rekindled doubts about whether years of ever-closer economic ties have helped Germany.

Some industrialists say politicians who looked past human rights abuses in China in the hope trade would turn the Asian country into a Western-style state with an open economy and equal market access was deluded.

"That turned out to be wishful thinking," said the Federation of German Industry's (BDI) Stefan Mair, a leading advocate for a more pragmatic German policy towards China.

When the Berlin Wall fell in 1989, Sino-German trade was tiny. As Beijing embraced globalization, China's share of German exports soared from 0.6% in 1990 to 7.1% last year.

In 2016, China overtook the United States to become Germany's biggest trading partner, and it still is.

Over the years, the relationship helped Germany shake off its 1990s reputation as "the sick man of Europe" and recover from the global financial crisis much faster than others.

Carmakers BMW and Volkswagen, industrial giants such as Siemens and Germany's "Mittelstand," the smaller companies that form the backbone of the economy, have all benefited.

Following the approach of her predecessor Gerhard Schroeder in the early 2000s, Chancellor Angela Merkel has set aside concerns over China's record on human rights and intellectual property to court its leadership for business. In September, she completed her 13th trip to China in 14 years.

Home in on the recent months and the trend appears starker.

The International Monetary Fund downgraded its growth forecast for Germany's economy last month to 0.5% in 2019 and 1.2% in 2020, saying in its World Economic Outlook that weaker Chinese demand was one factor behind a broader slowdown in industrial output, along with the fallout from trade tensions.

The Association of German Chambers of Industry and Commerce (DIHK) also cited the Sino-U.S. dispute and the broader cooling of China's economy as factors behind its prediction that overall German exports would fall next year for the first time since the financial crisis.

The impact is already being felt. Brose Group, a family-owned auto parts supplier in Bavaria, said slowing Chinese demand was a factor behind its decision last month to cut 2,000 jobs from its 26,000-strong workforce.

Some argue the current difficulties should be kept in perspective. In Hamburg, a gateway for goods to and from China, Mattern pointed to a 3% rise in Chinese business in the first half of 2019.

"The biggest problem is the protectionist trend and the biggest representative of that is in Washington. If I look at the world from that perspective, the Port of Hamburg is pretty comfortable with China being its biggest partner," he said.

But others say the decades spent cultivating China as a destination for German exports have been to the detriment of local industry, and now they want a more hard-nosed approach.

German officials have described the Chinese takeover in 2016 of Bavarian robotics firm Kuka as a wake-up call that underlined the need to shield strategic parts of the economy from foreign buyers.

Berlin tightened foreign investment rules last year so it can investigate and, if needed, block purchases of stakes in German firms by non-European entities – a move widely seen as targeting Chinese state-backed investors.

Asked to comment on German policy towards China, Finance Minister Olaf Scholz said there was evidence Beijing was starting to open up its financial sectors but he acknowledged that getting level playing field remained "work in progress".

Shi Mingde, who worked as Beijing's ambassador in Berlin from 2012 until March, told Chinese media in September that Germany's latest policy shifts were aimed at China.