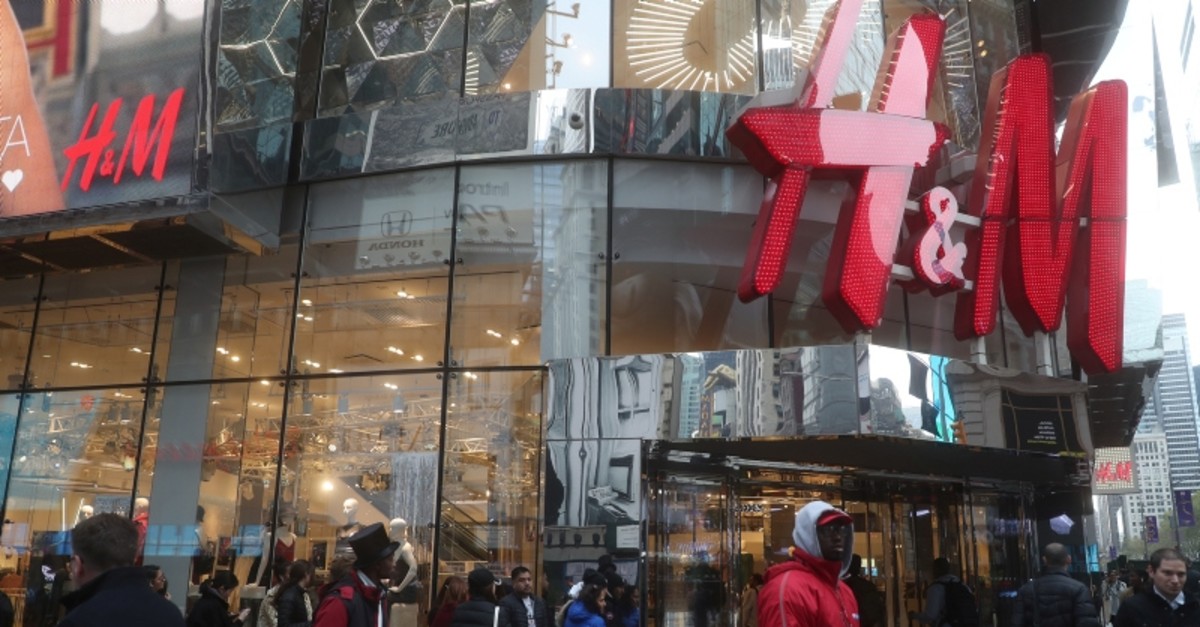 | Reuters Photo
by Nov 11, 2019 6:22 pm
A new collection from fashion giant H&M has unleashed protests from women's rights campaigners because it includes the slogan "I love GBV", the initials of the designer but also a widely used acronym for gender-based violence.
H&M said the slogan, emblazoned on hats, a necklace and boxer shorts with a red heart symbolizing the word "love", was an abbreviation of Italian designer Giambattista Valli and any other associations were unintentional.
But women's rights activists demanded the products be withdrawn saying it was "crazy" to continue selling them.
"This is not an obscure term. It's very commonly used as a short hand for gender-based violence," said Heather Barr, the women's rights division co-director at global advocacy group Human Rights Watch.
The Swedish retailer launched the clothing line on Nov. 7 in its first collaboration with Rome-born Valli, known in the fashion world for its ready-to-wear and haute couture pieces.
"We condemn any type of violence, and as a value driven company, we believe in an inclusive and equal society," said H&M spokesman Hacan Andersson in an email to the Thomson Reuters Foundation.
Gender-based violence affects one in three women worldwide according to the United Nations. A study by the UN last year found that the most dangerous place for women around the world may be at home and the number of those killed by a partner or relative was rising globally.
The items that featured the tagline were still listed for sale on H&M's website on Monday. "By coming up with this line in the first place it demonstrates the lack of awareness about women's rights," Pakistan-based Barr, who was among those who protested the tagline on Twitter, said by phone.
"The right thing to do would have been to remove them all and apologize."