Turkey exports half of its table grapes to Russia 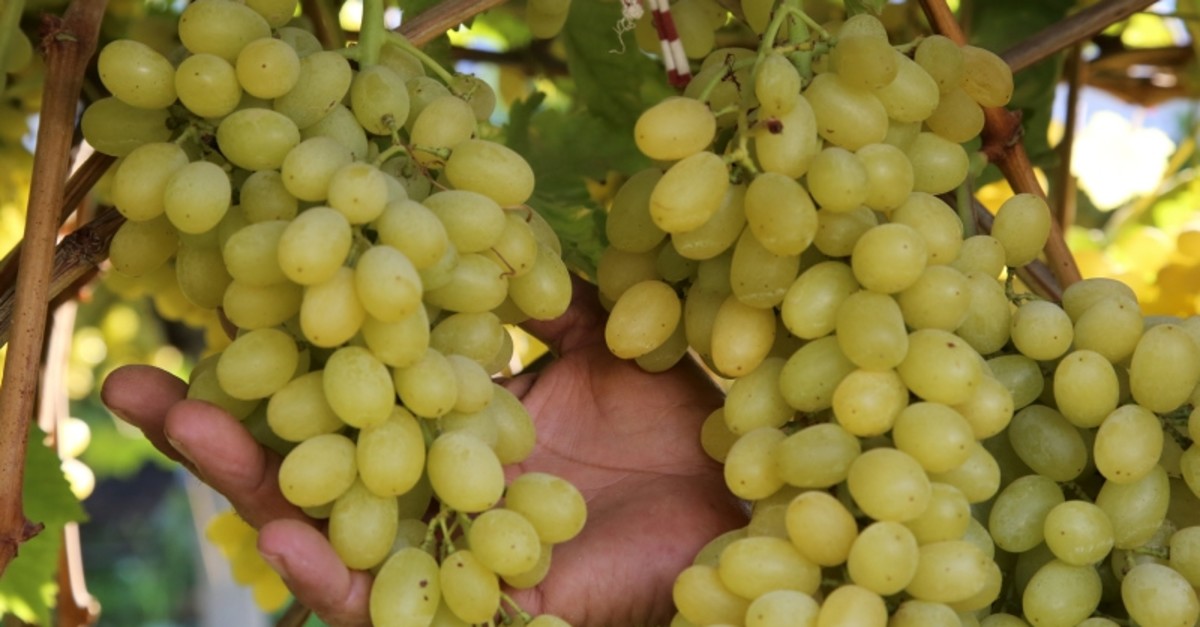 |AA
by Daily Sabah with AA Nov 11, 2019 4:00 pm
Half of the $120 million worth of table grape exports in the period from June to October went to Russia, according to data from the Aegean Exporters’ Association.
The overall exports surged by 15% compared to the same period of the previous season, up from $103.6 million, the data showed.
By receiving $67.1 million worth of Turkish table grapes in the said period, Russia had a share of 56% of the total exports, followed by Ukraine with $13.4 million and Germany with $6.7 million.
The western province of Manisa, which meets almost all of the exports of fresh grapes, has offered overseas markets products such as “Emperor,” “Razaki,” “Red Globe” and “Superior,” as well as the Manisa Sultani seedless grapes, a registered trademark.
In the meantime, harvest season continues in the 120,000-acre vineyard area in Sarıgöl, Manisa, renowned for its table grape production.
Hayrettin Uçak, chairman of the Aegean Fresh Fruit and Vegetable Exporters Association, said that they are pleased with the export of fresh grapes this season.
Stressing the quality of table grapes, Uçak added that they do not experience any difficulties in marketing. “Our manufacturers are also satisfied with the price. Sultani seedless grapes especially are in high demand,” he said. “Russia is by far the largest market in grape exports. We have had some trouble with Russia in the past, but we are fine at the moment. We went above the previous figures... We sell one bunch of grapes to Russia, the other bunch to domestic markets or European countries.”
Uçak noted that Turkish grapes are very popular in Russia, pointing to the serious potential in the Razaki and Red Globe species, further emphasizing that they are trying to get out of the classic market. “I hope we will take this to China in the coming period. Protocol studies on the trade of fresh grapes between the two states are underway. If we enter China, we will experience serious relief on the issue of alternative markets,” he continued.
Ali İhsan Ülgen, chairman of the Chamber of Agriculture of Sarıgöl, on the other hand, pointed out that they are the largest fresh grape-producing district in the country.
He added that they dry some of their products and sell some portions fresh. “Our manufacturers are very satisfied with the price. We are having a good season,” he concluded.
Last Update: Dec 20, 2019 1:36 am
RELATED TOPICS