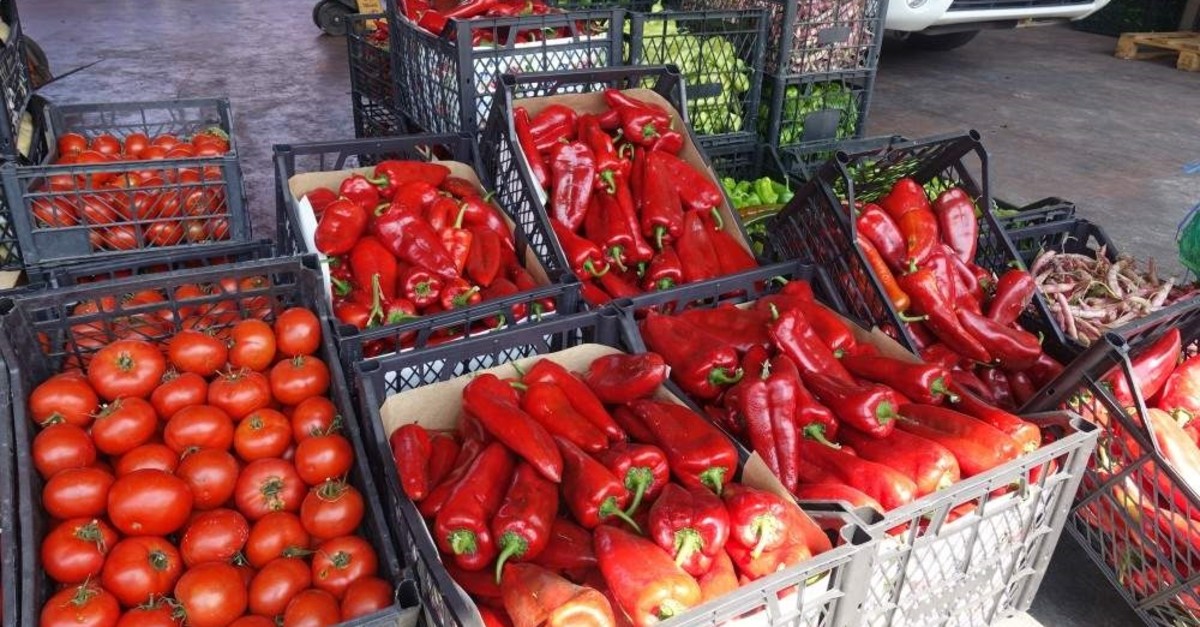 Turkey exported 2.7 million tons of fresh fruit and vegetables to 130 countries in the period from January to October. (AA Photo)
by Daily Sabah with AA Nov 13, 2019 7:46 pm
In the first 10 months of this year, Turkey generated $1.6 billion in the export of fresh fruit and vegetables.
According to the Eastern Black Sea Exporters Union (DKİB) data, in the January-October period of this year, 2.7 million tons of fresh fruit and vegetables were exported to 130 countries, Anadolu Agency (AA) reported Wednesday.
Russia came first with $486.4 million in the export of fresh fruits and vegetables, which totaled $1.6 billion in revenue, followed by Germany with $190.8 million and Iraq with $125.6 million.
208,008 tons of fresh fruits and vegetables were exported to 41 countries from the Eastern Black Sea region in the January-October period, amounting to $119.2 million in revenue. Russia took the lead in regional exports with $94 million, followed by Georgia with $8.5 million, and Iraq with around $2 million.
During this period, 143,607 tons of fruit and vegetables were exported to 27 countries from Trabzon in exchange for $103.6 million in revenue. Russia again spearheaded the city's export with $94 million, followed by Iraq with $2 million and Ukraine with $1.6 million.
Fresh Fruit and Vegetable Exporters Union Sector Board Vice Chairman Ahmet Hamdi Gürdoğan said in a statement to AA Wednesday that the priority market for fresh fruit and vegetable exports is the Russian Federation. Pointing to the increase in the country and product diversity in exports, Gürdoğan said that they hoped that exports would reach higher levels.
“While we are working to increase our exports to our main market, Russia, we also have serious efforts to explore new markets,” he concluded.
Last Update: Dec 20, 2019 1:40 am
RELATED TOPICS