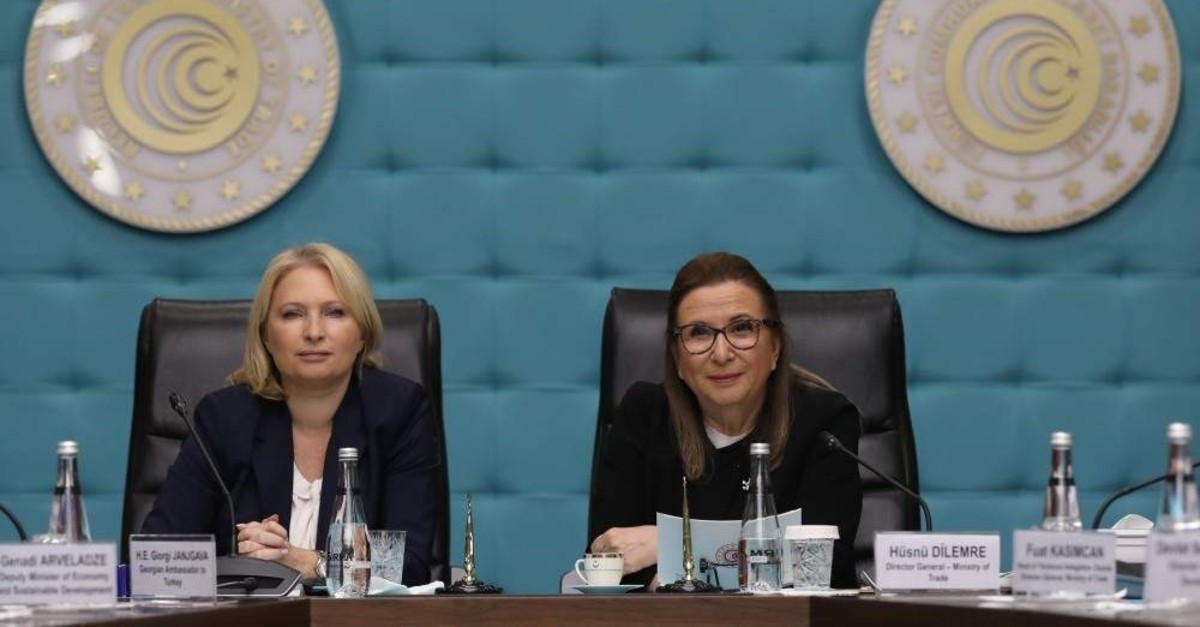 Georgia accepted Turkey’s proposal to collaborate on a simplified customs line to prevent loss of time and money due to delays in shipping between the two countries, Turkey's Trade Minister Ruhsar Pekcan said.
Pekcan’s remarks came on the sidelines of the closing meeting and protocol signing ceremony of the Turkey-Georgia Joint Economic Commission (JEC) held in the capital Ankara on Tuesday.

In her speech, Pekcan said the two countries aim for a balanced increase in bilateral trade, which reached $1.5 billion as of last year, and look to achieve a trade volume of $3 billion.

She stated that the technical delegations came together within the scope of JEC's fifth term meeting and that they achieved successful results, stressing that parallel to this meeting, the Joint Customs Committee meetings were conducted at the level of deputy ministers.

She pointed out that the technical delegations assessed the commercial and economic relations between the countries in all dimensions, saying they jointly touched on all issues, including trade, investments, industry, technology, tourism, health and transportation, and completed their studies.

Pekcan highlighted that the efforts to expand the scope of the free trade agreement (FTA) and to include the services sector would continue mutually. “Besides, encouraging the use of local currencies in our bilateral trade, we conveyed our views to accelerate the efforts for the realization of the SWAP agreement between our countries,” Pekcan said.

Georgia's Economy and Sustainable Development Minister Natia Turnava, on the other hand, noted that a good collaboration was realized with the agreement, pledging to do the necessary work for the implementation of all articles in the agreement.

Turnava said this agreement would make a significant contribution to economic relations. “Our prime minister and President Recep Tayyip Erdoğan decided to establish a joint commission in their meeting 15 days ago. We achieved this in a very short time and with the commission established for the fifth time, we have implemented it again 14 years later,” the Georgian minister added.

Minister Turnava also said they wanted the agreement to become even more comprehensive, expressing their wish to conduct much more balanced trade.