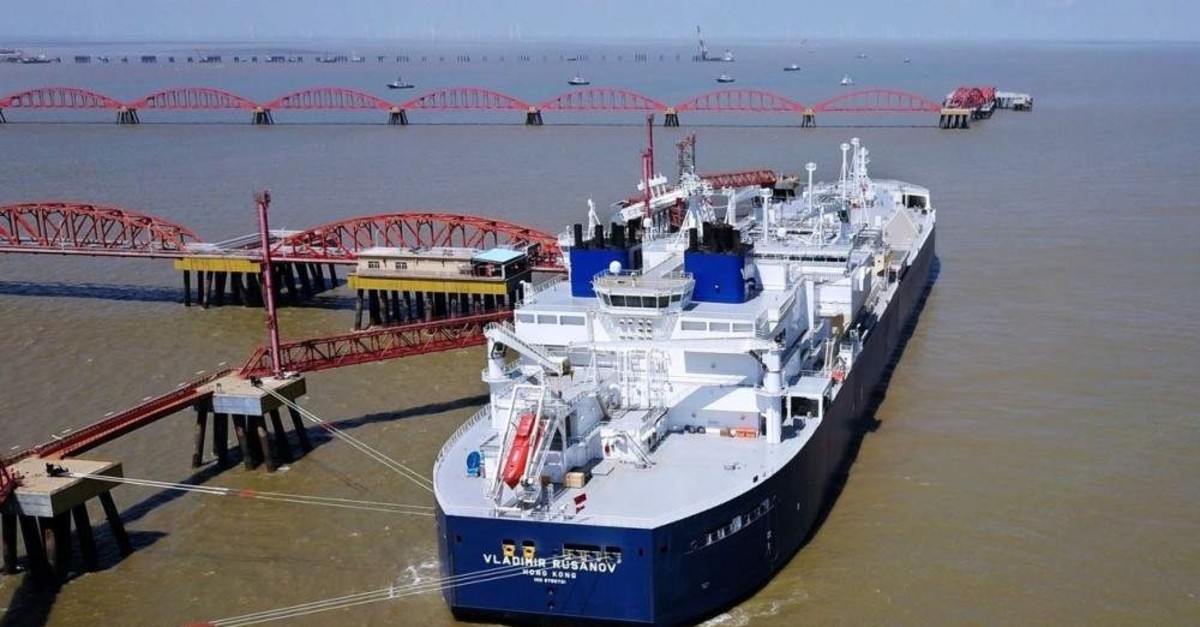 Climate change and unprecedented ice melting in the Arctic has opened new opportunities for Russia and China. While the rest of the world sees it as the biggest threat to humanity, the ambitious duo has announced a plan for the North Pole’s chilly waters to be potential new trade routes.

The Northern Sea Route (NSR) will encompass the Arctic from several directions, and with it in place, the two countries are eying the icy region's untapped resources while creating new economic frontiers and making already existing opportunities more accessible.

The route is not a brand-new initiative for Russia since various oil and gas corporations, mining and shipping companies, including Rosneft, Gazprom, Rosshelf, Lukoil and Novatek have been benefiting from parts of the region for a while now. However, it is relatively new for China, who needs a solid partner to act in the area as well as for Russian-Sino relations.

In January 2018, Chinese President Xi Jinping’s government issued a white paper on Beijing’s Arctic policy, proposing a “Polar Silk Road” as part of more general steps taken under the Belt and Road Initiative (BRI) – another ambitious infrastructure development project encompassing more than 60 countries. The move came as an official announcement following Beijing’s several years of work regarding the Arctic, with Yellow River Station, the country’s first Arctic scientific research base built in 2004 being one of the examples.

The question of what makes the core of Russian-Sino cooperation on the Arctic can be answered in many ways, yet there is one basic reason. The Polar Silk Road will not only provide a new commercial frontier for Moscow but will also give Beijing a relatively independent trade route, apart from the Suez Canal or the Strait of Malacca, while directly connecting geographically distant economies.

Speaking to Daily Sabah, Kadir Temiz from Istanbul Şehir University’s International Relations Department, who was previously a researcher at two Chinese universities, stressed that the project will need serious Russian-Chinese cooperation, which “inevitably brings the current energy and geopolitical cooperation to a different area.”

Temiz said that the new trade routes independent of the Suez Canal make Russia an important actor in international trade: "While China provides an advantage to the European market by reducing transport costs and times, Russia will gain another leverage against Europe.”

Like Russia, China may see the Siberian route as important leverage against the threat arising from U.S. presence in the southern part of the globe. China may want to strengthen its position in terms of politics since the U.S. Navy is dominant in warm waters, and makes it difficult to transport goods or receive energy supplies for China via the Strait of Malacca in case of disagreements between Washington and Beijing. However, some argue the same issue may occur on the Bering Strait as well, which will gain importance because of the new routes. Essential to note is what is important for China is import rather than export, especially to meet its ever-growing hydrocarbon needs.

Russia currently transports gas from Yakutia to China via the Power of Siberia pipeline. China and Russia had also discussed the details of a gas pipeline from Russia’s Yamal LNG plant in Irkutsk en route to China from the south, via Mongolia, to meet the East Asian country’s energy needs. China’s growing market shows that Moscow will be open to any additional routes to transport its Siberian richness. China which describes itself as a “near-Arctic country” holds significant stakes in the Yamal LNG via state-owned companies which is Beijing’s current link to the Arctic.

Moreover, Beijing has been developing diplomatic relations with Nordic countries, as well. Though there are still political borders between members of NATO and EU members, China, a self-declared near-Arctic country was already granted observer status on the Arctic Council, consisting of Canada, Denmark, Finland, Sweden, Norway, Russia, the U.S. and Iceland in 2013.

Temiz emphasized that Nordic countries’ cooperation with China in this regard, however, seems unlikely since the cooperation between Russia and China on the northern transport routes cannot be considered only within the scope of economic cooperation.

“Economic cooperation will also bring security cooperation to a certain level. This creates a tension zone for the Nordic countries that are NATO members,” Temiz underlined.

Saying that it is also important how the mutual benefit from alternative maritime transport in the Arctic region will bring about distribution, Temiz noted: “Probably Nordic countries will emphasize their strategic position and thus try to negotiate an equal bargain with both Russia and China.”
Advantageous to global trade

Economically, the NSR mostly seems cost-saving and advantageous since it reduces transportation time from Asia to Europe, or vice versa, by 10 days when compared to the time spent via the Suez Canal and four days for that of the Panama Canal in ideal conditions. It will certainly have a significant effect on fuel costs however the ice will give way to ships for only four months of the year, between June to September for now.

Tuomas Kiiski, an expert on arctic shipping from Finland’s University of Turku told Daily Sabah that “the NSR currently constitutes a niche market that requires specialized ice-classed fleet which is more expensive to build and operate and offers only a limited number of business opportunities, mostly related to destination traffic that typically serves the needs of oil and gas extraction industry which makes the route important for Russia and China but not a big development for the rest of the world.”

“This type of transcontinental traffic would also concern liner shipping, and in particular container shipping, but it is not currently commercially relevant for the time being due to ambient conditions,” he said.

Kiiski asserted: “I do not see that the NSR will become a globally significant transport route at least for the next decade or so. This is largely because of the prevailing conditions along the route, which are not suitable for the Europe-Asia liner trade, such as container shipping. Transportation of Russian Arctic natural resources will create cargo flows in its own right but their level is not going to be globally significant.”

Saying that what makes the NSR, and the region as a whole for relevant countries, more appealing is the market high freight levels as well as commodity prices, especially oil and gas. Kiiski said political aspects have a role as well “which refers mainly to geopolitical aspirations toward the Arctic region as well as Russia’s national security-related agendas.”

Whether or not it will be a globally significant development, one thing is certain that it is a move that will reduce both China and Russia’s dependence on other global powers, namely the U.S., and will pave the way for more independent economic and political steps.

“It is a move that will weaken the U.S.’ hand in the medium term, if not in the short term,” Temiz noted, adding the U.S. is attempting to balance and contain Beijing in the region as a controversial policy that resembles the Cold War era, while China is expanding ways of escaping it.