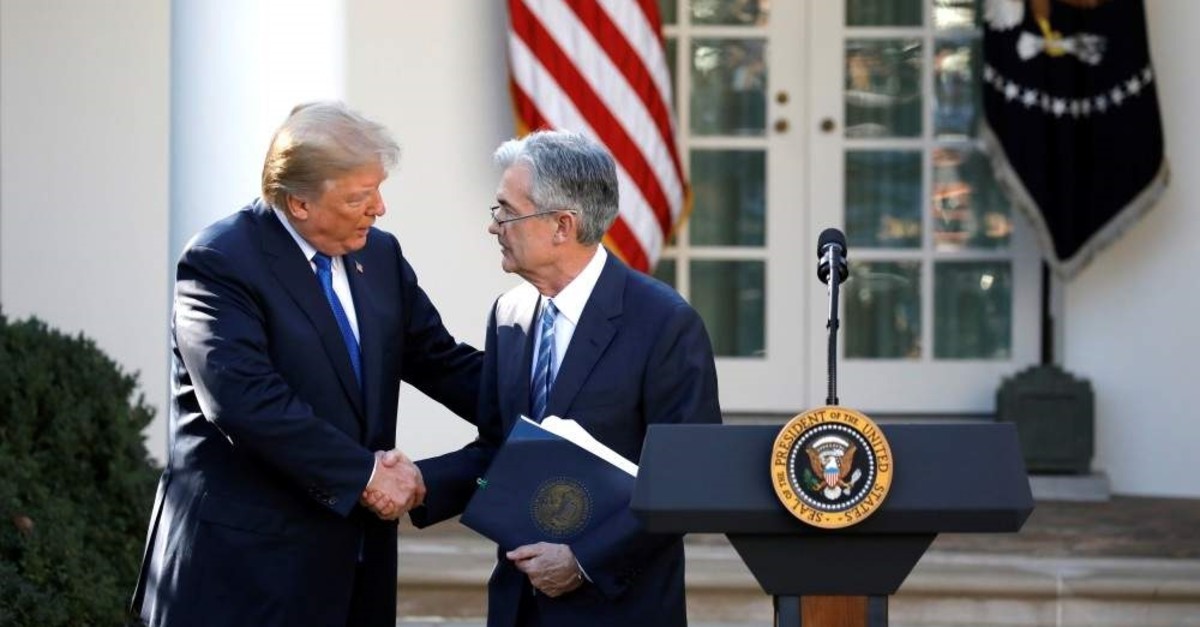 Powell attended the meeting, which comes amid an unprecedented campaign of public attacks on the central bank, at the invitation of the president, and was joined by Treasury Secretary Steven Mnuchin, the Fed said in a statement.

Trump, who has lambasted Powell in harsh, personal terms over monetary policy, tweeted that the meeting was "good and cordial," adding that "everything was discussed" including interest rates, inflation, foreign exchange and the Fed's balance sheet policies.

In a second tweet Monday evening, however, Trump said that during the meeting he protested "that our Fed Rate is set too high relative to the interest rates of other competitor countries."

"Too strong a Dollar hurting manufacturers and growth!" he added.

The Fed said Powell's comments were consistent with last week's congressional testimony and did not concern "expectations for monetary policy," except to say it will depend entirely on new economic information.

"Powell said that he and his colleagues on the Federal Open Market Committee will set monetary policy, as required by law, to support maximum employment and stable prices and will make those decisions based solely on careful, objective and non-political analysis," the statement said.

But Trump has repeatedly hammered the central bank, calling policymakers "boneheads" and "clueless," and accusing them of mistakenly raising interest rates in 2018 and being too slow to lower them this year.

The Fed's policy-setting Federal Open Market Committee has cut interest rates three times this year, saying that Trump's trade war, in particular, poses a danger to the economy, which has slowed since the start of the year.

But, after the most recent cut, Powell said last month the central bank will hold its fire for now as officials wait to see how the economy progresses.

Trump and Powell had last met in February, over dinner at the White House.