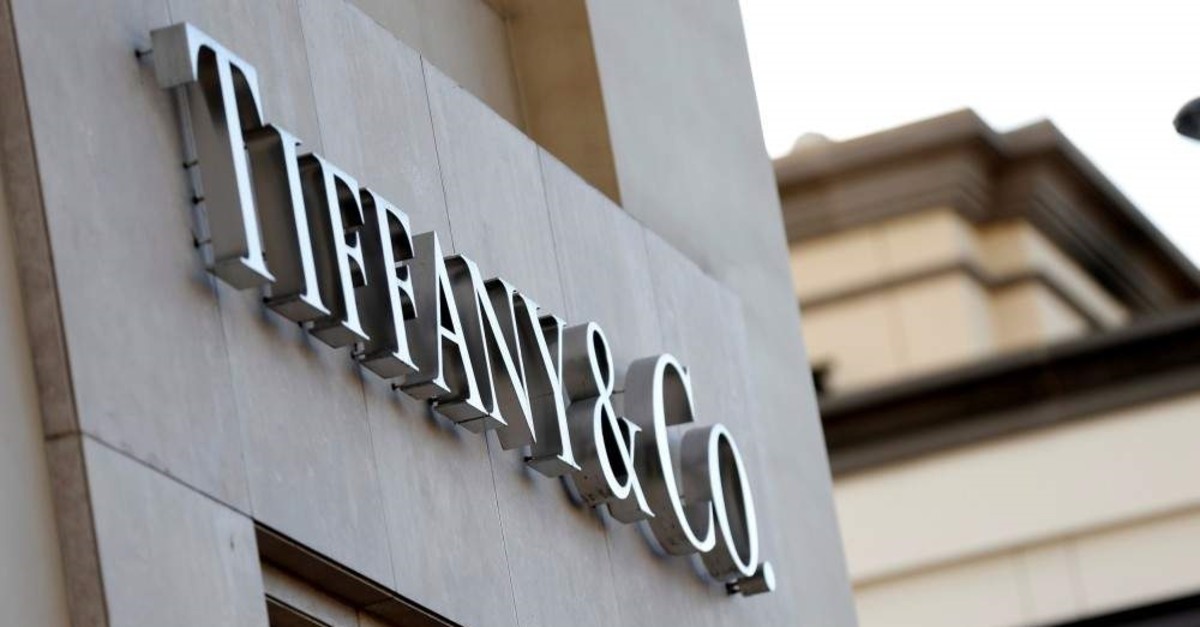 The sign of a Tiffany & Co. store is pictured in Pasadena, Calif., Nov. 28, 2017. (Reuters Photo)
by Nov 25, 2019 10:39 am
LVMH and New York jeweler Tiffany announced Monday a $16.2 billion tie-up that is the French luxury group's biggest-ever acquisition and will bolster its presence in the U.S.

The companies said in a statement they "have entered into a definitive agreement whereby LVMH will acquire Tiffany for $135 per share in cash, in a transaction with an equity value of approximately 14.7 billion euros or $16.2 billion."

The deal adds Tiffany to LVMH's extensive stable of luxury brands that include Louis Vuitton, Dior and Moet & Chandon and will strengthen its position in the jewelry sector.

"We are delighted to have the opportunity to welcome Tiffany, a company with an unparalleled heritage and unique position in the global jewelry world, to the LVMH family," said the group's chief executive, Bernard Arnault.

Such a deal has been seen as way ahead for Tiffany, which has trailed rivals in terms of sales growth in recent years.

"Following a strategic review that included a thoughtful internal process and expert external advice, the Board has concluded that this transaction with LVMH provides an exciting path forward..." said Tiffany's board chairman, Roger Farah.

Tiffany, founded in 1837 and headquartered on glamorous 5th Avenue in New York next to Trump Tower, is the most iconic of U.S. luxury brands, an image reflected in the "Breakfast at Tiffany's" novella by Truman Capote, made into a film with Audrey Hepburn in 1961.

The addition of Tiffany to LVMH's jewelry holdings that already includes Bulgari, Chaumet, Tag Heuer and Hublot will help it in its rivalry with Swiss-based Richemont, which holds Cartier among other brands, as well as lift LVMH's stature in the important American market.
RELATED TOPICS