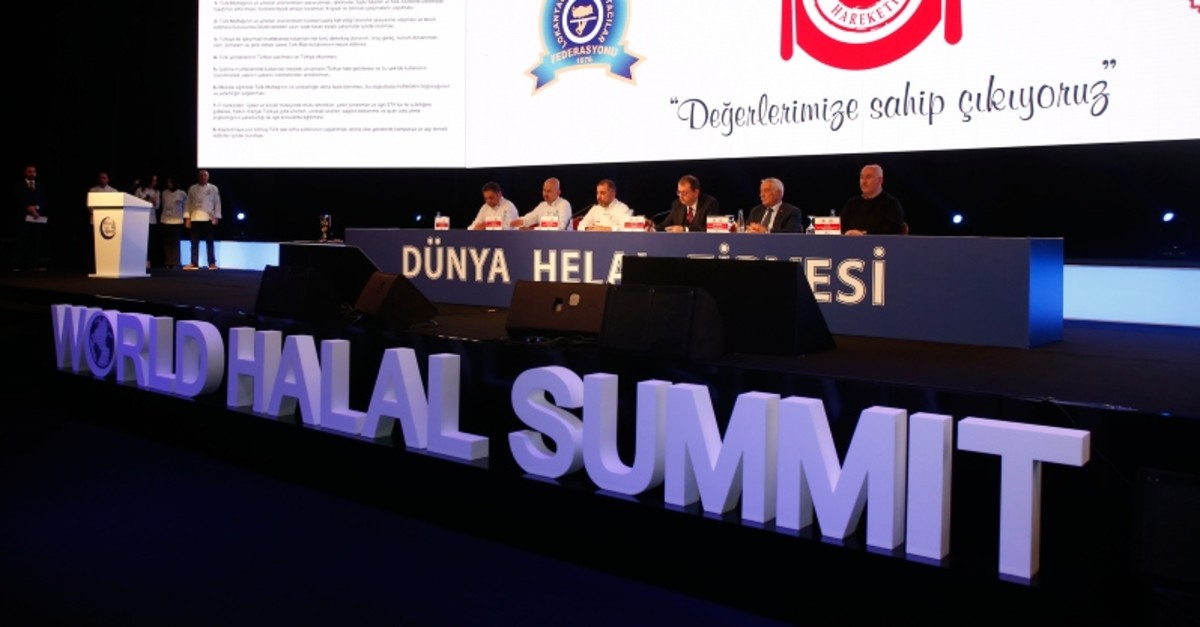 | AA Photo
by Anadolu Agency Nov 26, 2019 5:05 pm
The 5th World Halal Summit and the Organization of Islamic Cooperation's (OIC) 7th Halal Expo will kick off in Istanbul tomorrow.
Leading companies, top officials, decision-makers, experts, academics, scientists, and students from 80 countries – including the Middle East, Asia, Europe, Far East, America – will attend the summit.
"The summit aims to raise awareness by hosting conferences where halal-related topics in finance, tourism, food, medicine, pharmacy, cosmetics, textile, modest fashion, and other sectors are discussed at," according to its website.
The four-day annual summit is organized in cooperation with the Islamic Center for Development of Trade (ICDT) and the Standards and Metrology Institute for Islamic Countries (SMIIC).
The summit, which will be held under the main theme of "Halal for All Generations,” is expected to make halal trade and develop multilateral relations between countries.
The 7th Halal Expo, which is the largest exhibition in the halal sector, will gather the sector players with large international participation.
Some 40,000 visitors and 9,000 professional delegates are expected to attend the expo which will exhibit 316 domestic and foreign companies from 35 countries.
Last year, the expo hosted 200 buyers from 25 countries.
Both events will be organized under the auspices of the Presidency of the Republic of Turkey in Istanbul's Eurasia Exhibition Center.
HALAL MARKET TO REACH $7 BILLION
Yunus Ete, the president of the World Halal Summit Organization, said while the Muslim population is rising rapidly in the world, their consumption is also increasing.
"A few Muslim countries, including Turkey, take less share than other world countries from the $4-trillion halal market," he noted in a press release.
He recalled that currently, Turkey's halal market volume reached $15 billion, while the global halal market volume is expected to reach $7 trillion in 2021. He also said Turkey has 150 of the total 350 halal touristic facilities in the world.
The halal tourism volume is expected to reach $300 billion globally and Turkey can take a $20 billion share from this volume as of 2023, Ete underlined.
Last Update: Dec 20, 2019 1:56 am
RELATED TOPICS