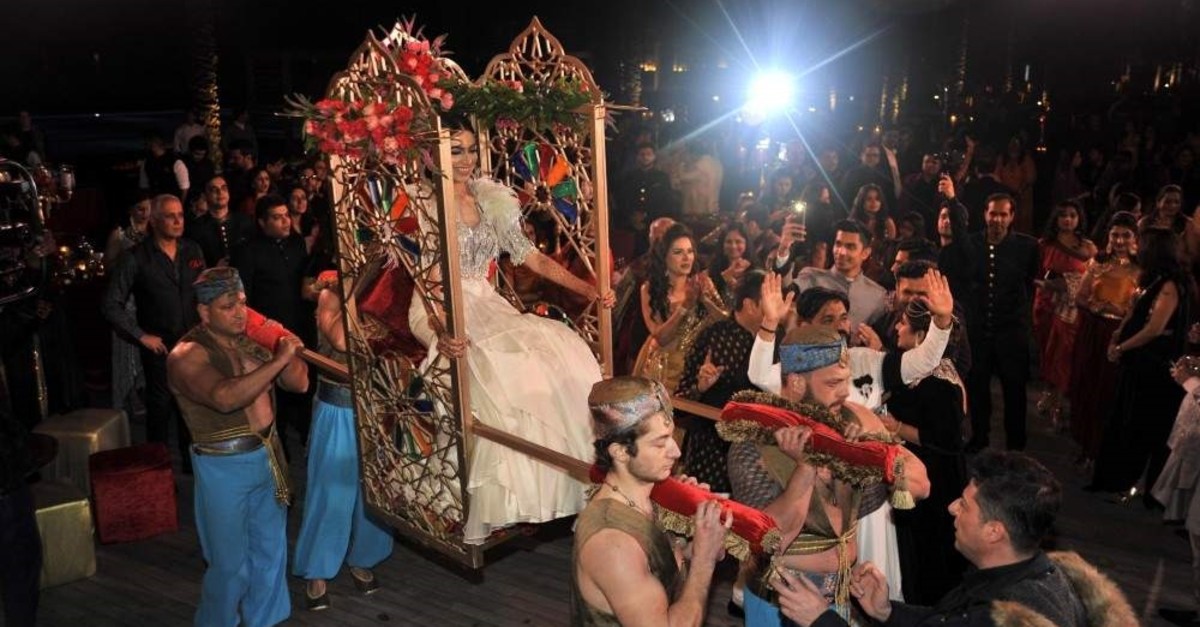 Turkey's efforts aimed at playing a larger role in the Indian wedding industry have paid off, with an ever-increasing number of Indian couples booking lavish weddings in Turkish resort cities and towns.

Growing apace with the demand, the country holds a small but growing share of the main market of the world's wedding tourism and has reached a point where it hosts 20 lavish weddings worth over $10 million a year. This figure is expected to reach over 30 next year, in addition to other major events such as meetings and conventions.

Frequently held from April to November, Indian weddings have recently begun to continue through the winter season in the Mediterranean resort city of Antalya, which has become a frequent destination for Indian destination weddings. The winter months in the other leading wedding destinations of Istanbul and Bodrum will be filled with a variety of events.

While these wedding expenses range from $500,000 to hundreds of millions of dollars, Thailand, located close to India, holds the biggest share of these weddings, followed by Malaysia and Singapore. Dubai, on the other hand, has increased its share rapidly in recent years.

Tourism professionals stress that more weddings and events could be organized with the abolition of the visa and with mutual incentives per tourist applied by India and Turkey.

Bünyat Özpak – co-founder of Inventum Global, a company that has contributed to the Indian interest in Turkey with various programs – pointed out that Turkey has become a major destination for Indians, stressing that a significant step in contributing to the Turkish economy was taken in this regard.

“For a long time, we have worked hard to ensure that these organizations are held in Turkey, and we continue to do so. It is of great importance to make the Indian organization market sustainable,” he told the Turkish daily Milliyet.

“In terms of weddings and events, we have groups in three centers, namely Istanbul, Antalya and Bodrum. We will continue nonstop throughout December, January, February and March. There will be events in Istanbul and weddings in Antalya. We had a wedding in Bodrum just a few days ago. Since Indians are already tired of hot weather, they prefer weddings in temperate climates during winter months. The Antalya region is suitable for these preferences,” Özpak explained.

He recalled that temperate climates, which are ideal for Indians, coincide with lower seasons in Turkey.

“We do not have a problem finding a place, and crowded groups even take advantage of the option to close the hotel. The charter flights we launched for Indian groups will continue throughout the winter season as well,” he added.

While Antalya and Istanbul stand out in the region for Indian weddings, Bodrum has become a favorite destination in recent years. Companies have now also put Turkey’s historical Cappadocia region on the agenda for promotions.