Antalya to get first aircraft maintenance, repair center by 2021-end 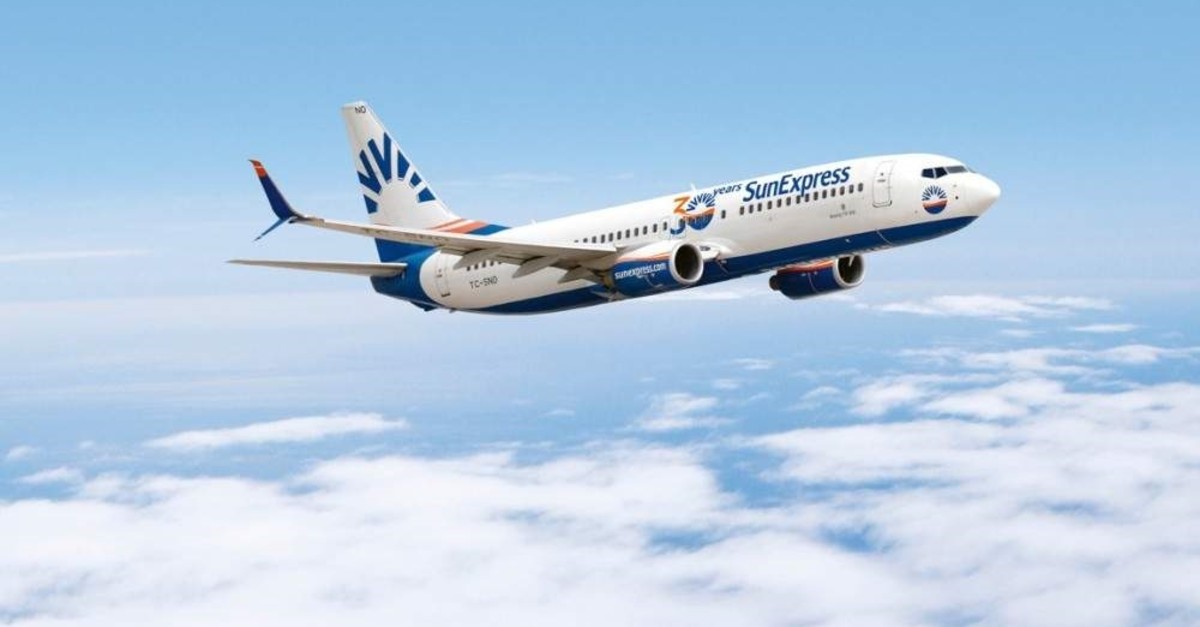 The first aircraft hangar in the Mediterranean resort city of Antalya is expected to become operational by the end of 2021, the CEO of a major carrier said Tuesday.

Antalya's first aircraft maintenance and repair center will be launched by SunExpress, a joint venture of flag carrier Turkish Airlines (THY) and German airline Lufthansa.

The technical hangar, which will have a capacity of five aircraft, will be established with an initial investment of 30 million euros.

“We look forward to receiving approvals as soon as possible. We will wait for the approval of both national and international institutions,” SunExpress CEO Jens Bischof said at a press conference in Antalya. "As one of the largest companies and biggest employers in Antalya, we continue to support Antalya's economy and tourism.”

As a "home carrier of Antalya,” the company aims to generate jobs, as well as contribute to the economy of the region with this investment, he noted.

"The project would be a first in Antalya and the center would initially serve SunExpress aircraft, before eventually serving other airlines," he said.

The firm aims to carry almost 4.5 million passengers between Antalya and 44 destinations, with its 25 aircraft based in Antalya by the end of this year.

Noting that the company increased its capacity to and from Antalya at record levels every year, Bischof said, "This year, in the summer of 2020, we will offer the largest capacity in our history with a total of 5 million seats on domestic and international routes."

Bischof added that the company would also raise the number of its aircraft stationed in Antalya to 27 next summer.

In the meantime, SunExpress last month announced it will be buying 10 of the troubled Boeing 737-8 MAX jets, grounded globally after crashes. The order was for the 737 MAX 8 valued at $1.2 billion at list prices. Bischoff announced at the Dubai Airshow.

This brings its MAX fleet order to 42 overall. Bischof had said it would add to 32 already on order. The deal has a list price of $1.2 billion but manufacturers typically offer better prices. It is unclear at what price the airline agreed to.

The planes have been taken out of service after crashes in Indonesia and Ethiopia killed 346 people. Boeing is currently in talks about compensation with airlines impacted by the grounding of the aircraft and has agreed to settlements with many families of victims on the two MAX jet flights that crashed.

Bischof on Tuesday said these new MAX aircraft will be used in Antalya, adding that once the aircraft gets approvals from the regulators and returns to service, they plan to acquire them by 2025.

“This is a strategic decision and we stand behind this decision. These planes consume 20% less fuel and will have an important impact on financial success,” Bischof stressed, calling the planes both ecological and economic.

SunExpress last year racked up its highest revenue of approximately 1.3 billion euros (some $1.5 billion) in its history while achieving record growth of 10%. The number of passengers rose 10% year-on-year to reach 10 million in 2018, with a load factor of 84%.

SunExpress, founded in 1989, flies to more than 90 destinations in over 30 countries with 84 aircraft. The airline, based in Antalya, was named the world's fifth-best leisure airline for two years in a row by Skytrax rankings.