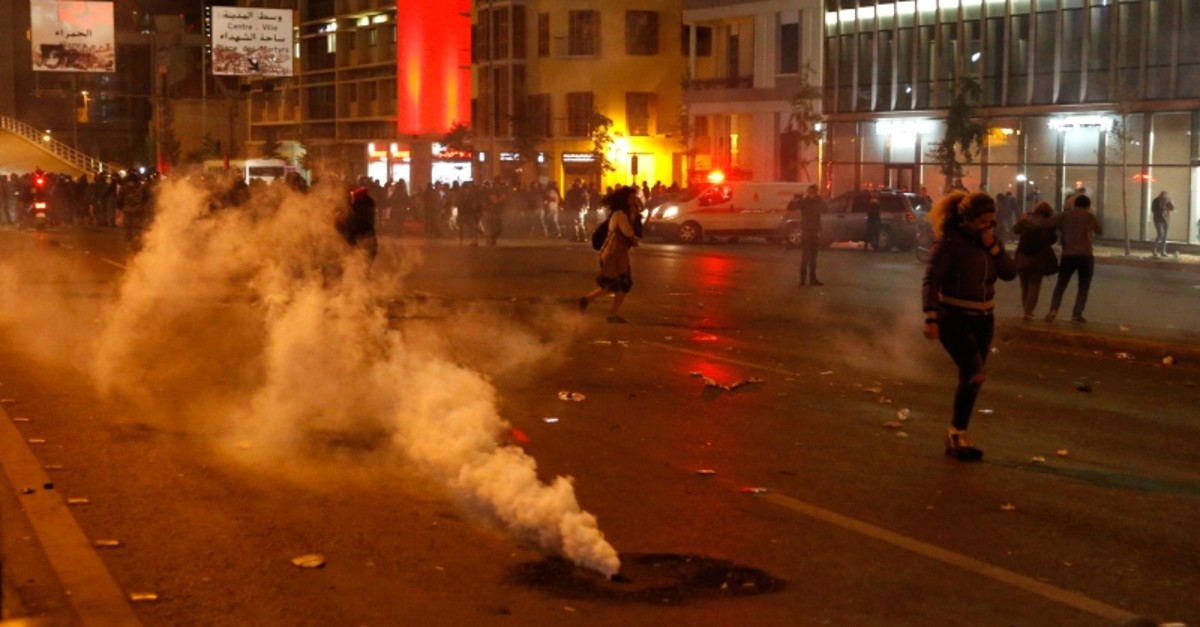 Lebanese banks are set to impose new caps on interest rates on deposits and pay savers half the interest due on foreign currency holdings in Lebanese pounds, the central bank said on Wednesday, moves it said were aimed to protect deposits.

In a circular noting the "exceptional circumstances" currently facing the country, which is in a deep economic crisis, the central bank also said it would be using local currency to pay half the interest due on U.S. dollars deposited to it by Lebanese banks.

Economists say the decisions are aimed to help the economy by lowering interest rates for borrowers that have crept higher as Lebanon has sought to revive capital flows from abroad and to ease pressure on foreign currency reserves.

Banks have been imposing tight controls on access to hard currency and transfers abroad for more than a month, fearing capital flight as Lebanon wrestles with the worst economic crisis since the 1975-90 civil war.

"Since you have capital controls, why not reduce the interest rates so the economy can benefit because the rates on loans from banks have increased to very high levels," Marwan Mikhael, head of research at Blominvest Bank, said.

The central bank circular said the decisions were aimed to "preserve the public interest amid the exceptional circumstances that the country is presently going through and to safeguard the interests of depositors by not decreasing their bank deposits."

It said interest rates on deposits in foreign currencies should be capped at 5% and the rate on Lebanese pound deposits capped at 8.5%.

The cap on interest rates would apply to all new deposits and those renewed from Dec. 4. It said banks should pay interest on foreign currency deposits half in the currency of the account and half in Lebanese pounds.

The measures would be valid for six months, it said.

All deposits made before Dec. 5 would remain subject to the agreement between the bank and the customer, it said.

The International Monetary Fund said in a report issued in October that the U.S. dollar reference lending rates in Lebanon had risen from around 7% in early 2018 to 9.7% in June 2019, which had in turn translated into higher Lebanese pound lending rates.