Yemekteyiz vs Sofrada: Does Murdoch know Fox TV is ripping off Acun Ilıcalı? 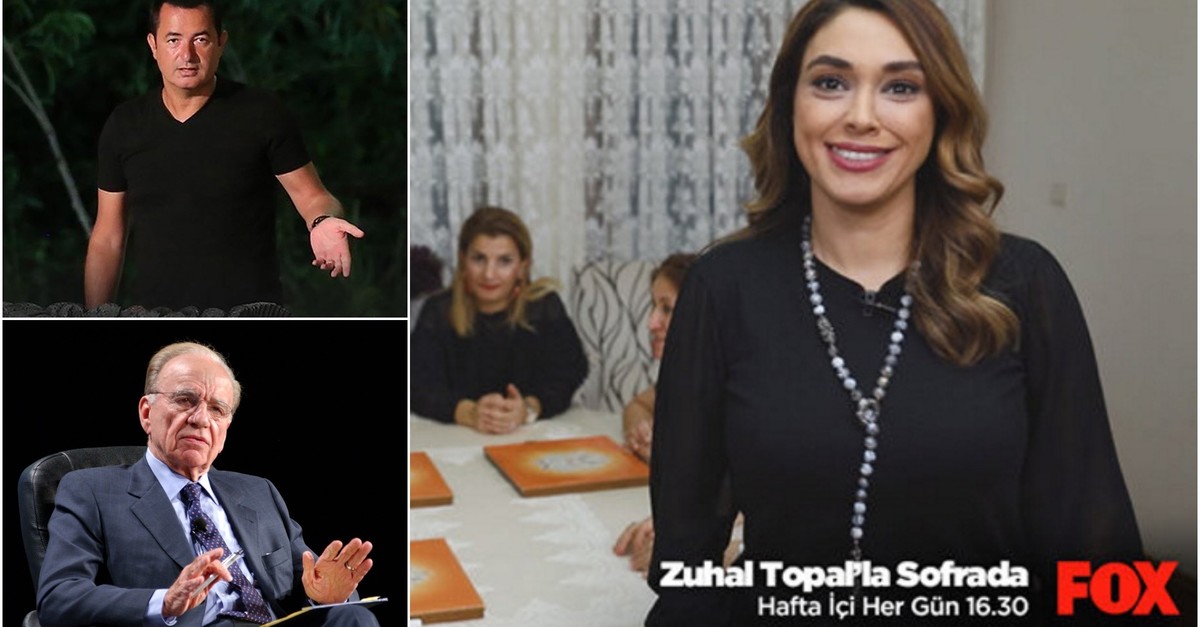 Why does Fox TV’s “Sofrada” program sound so familiar? Maybe it’s because it’s all been done before – by none other than Turkey’s self-made media mogul Acun Ilıcalı.

It all started when Turkish daily Günaydın published an expose on the matter Wednesday, confirming plagiarism allegations that rocked Turkish TV.

For some time, people had been questioning the uncanny resemblances between Fox TV’s “Sofrada” (At the Dinner Table) – a reality cooking show hosted by Zuhal Topal – and TV 8’s “Yemekteyiz” (Come Dine With Me).

After seeing no ownership of the blatant copying by Fox, Ilıcalı decided to apply to Işık University to compare both programs’ content, flow and technical elements. Both shows were examined in detail, with experts identifying points of similarity and difference.

The expert’s report revealed that Ilıcalı was right; the whole format of his show had been copied. The report said the two shows were practically the same in the technical sense, with the same form and content, location selection, camera use and external sound use.

The revelation of the findings brewed a social media storm, with the hashtag #HırsızFox (Thief Fox) trending on Twitter.

Acun’s response on the matter followed soon after.

The Turkish TV personality shared a statement on his Instagram account with Günaydın’s headline, saying: "Making the exact copy of the ‘Yemekteyiz’ program, for which we pay serious screen right royalties, without feeling any sense of responsibility, and publishing it under the name of ‘Sofrada’ is outright idea theft and plagiarism.”

He asserted that he and his media company were determined to bring this issue to justice in a way that would be a lesson to those committing the crime of intellectual property theft.

To make matters worse, Ilıcalı also said that Fox TV had tried to pay him off to keep this undercover.

“Neither the producer of Sofrada nor the Fox TV administration have even attempted to take the program off the air, let alone change its format. This shamelessness is what I’m mad at,” he added.

The scandal is also tragicomic as Fox TV is owned by Rupert Murdoch, an American media mogul known for attaching great importance to copyright, and certainly, a figure that will not shy away from getting into big battles with internet giants for not properly compensating publishers. Murdoch has accused Facebook and Google of popularizing "scurrilous" news sources, calling them "kleptomaniacs” for pocketing big sums by publishing news without paying a dime for royalties.

Neither Murdoch nor the executives of Fox Entertainment Group are likely aware of this situation, but perhaps it’s time they were alerted and took swift action.