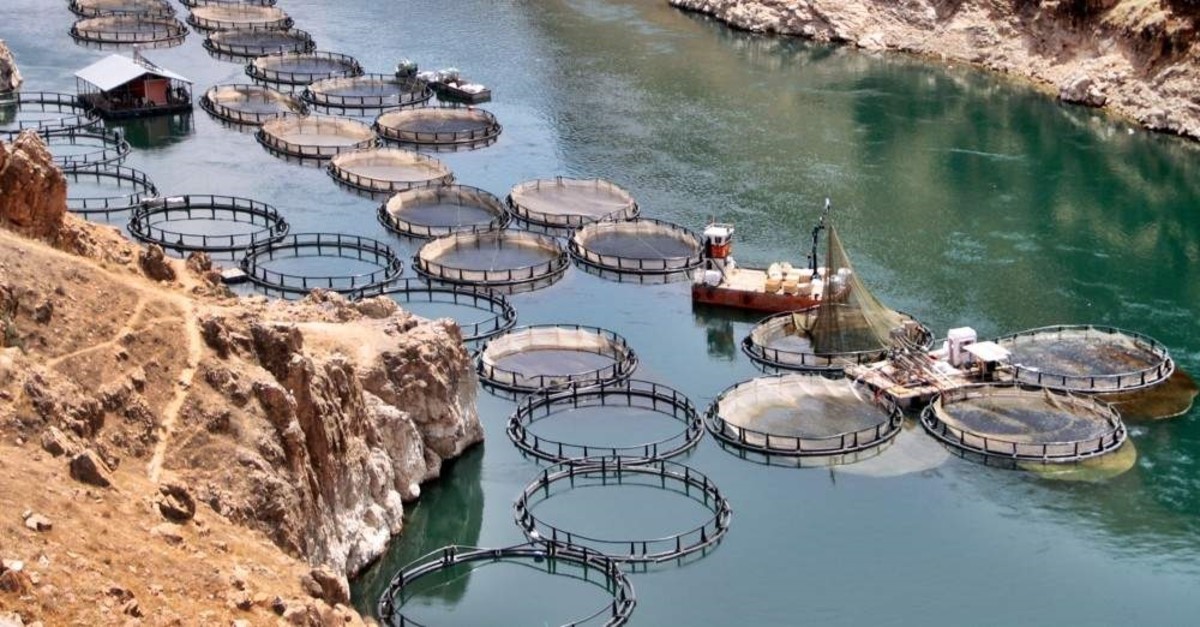 Trout and salmon grown in the clean, cool and oxygen-rich waters in the facilities on Keban and Karakaya dam lakes in Turkey’s eastern province of Elazığ are popular both at home and abroad due to their flavor. They are seeing high demand particularly from European and Far Eastern countries, according to local officials.

Some 18,000 tons of trout and around 1,000 tons of salmon were produced in the facilities in the district of Keban between January and November this year.

Out of this, about 10,000 tons of trout grown there are exported mainly to Germany, the Netherlands, Belgium and Russia, while salmon is sent to Far East countries, especially to Japan.

Production in new fisheries in the province continues to grow annually, according to Turan Karahan, the provincial director of agriculture and forestry.

Trout production this year increased by some 1% compared to the 17,000 tons last year, Karahan said.

Karahan said they have maintained their leadership in Turkey in trout production in recent years, which he attributed to water quality, saying it is very suitable for trout farming in the province and encompasses 68,000 hectares.

“With our production at around 160 cage fishing plants, we produce the highest amount of trout in Turkey,” Karahan added.

“We send our trout, which grows in the quality waters of Elazığ, to tables not only in Turkey but also to many European countries such as Germany, the Netherlands and Belgium,” he explained.

In addition to the 10,000 tons of trout exported this year, Karahan said they have also started exporting salmon to the Far East.

“We have managed to farm a type of salmon popular with Japanese consumers in the quality waters of Elazığ. During their visit to our province, the Japanese delegation said they would buy as much as we could produce. This is a success story for our province and our country,” Karahan said.

Süleyman Arpacı, the representative of the Gümüşdoğa Aquaculture Company, said they produced around 10,000 tons of trout this year. Arpacı said they receive trout weighing 2 grams, growing them until they weigh 350 grams and then selling them.