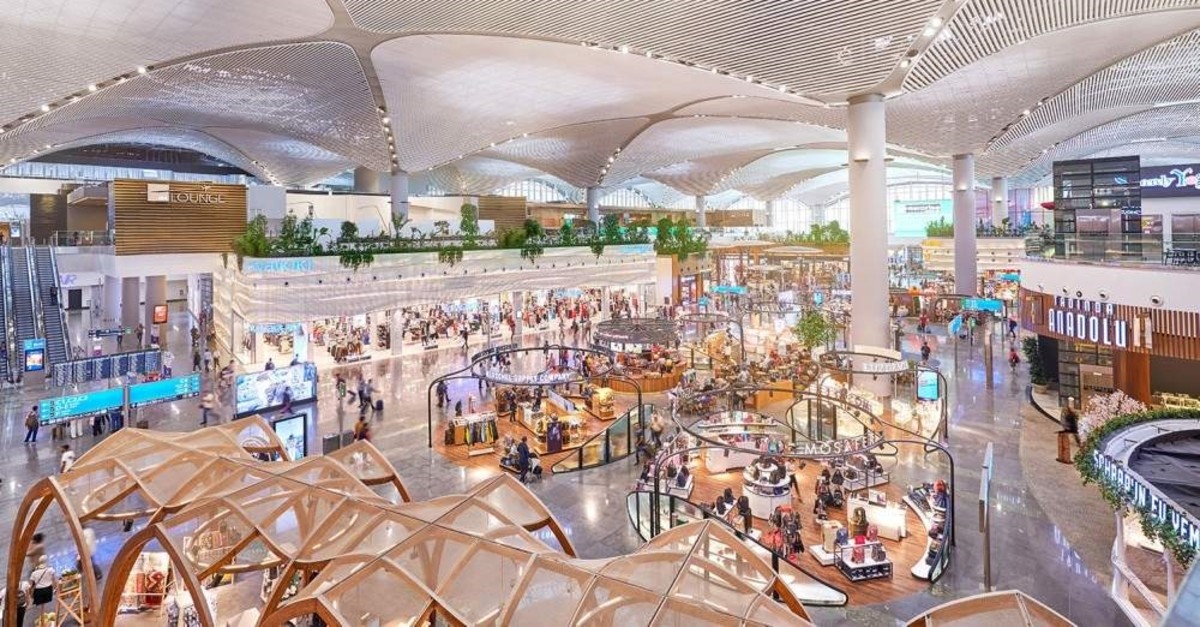 Photo: IGA
by Daily Sabah Dec 17, 2019 1:20 am
Istanbul Airport is not only sealing the city's image as a travel hub and major aviation center, but also securing a reputation for environmental awareness thanks to a number of cutting edge policies focusing on sustainability.
In addition to waste recycling, the airport is mainly focused on "avoiding producing waste" and is working towards a "net-zero waste" target for 2024, Ülkü Özeren, Environment and Sustainability Director at Istanbul Airport operator, IGA, said.
Özeren’s remarks came during a speech at a panel dedicated to discussing the policies Turkey would implement in order to achieve its goal of zero waste as well as IGA's environmental and sustainability policies. The panel convened in line with this year’s annual U.N. climate conference, the COP25, in Madrid, which ended on Sunday.
The marathon climate talks were the longest to have been held in 25 almost-annual meetings, with organizers adding two more days to an already 12-day schedule. By the end, major polluters had resisted calls to ramp up efforts to keep global warming at bay and negotiators postponing the regulation of global carbon markets until next year.
Much rested on progress at the conference, attended by delegates from around 200 countries and representatives of international institutions and NGOs, as it would be the last summit held before 2020, when the landmark Paris Agreement is set to come into effect.
In her speech at the sidelines of the summit, Özeren talked about Istanbul Airport's zero waste targets, which have so far allowed for a recycling capacity of 35% of the 115,000 tons of waste produced per day.
When outlining Istanbul Airport's waste management strategy, she emphasized the importance of separating waste at its source. Özeren was cited by Turkish Milliyet daily as stating that all parties operating at Istanbul Airport, including IGA, separate their waste under five different categories; paper/cardboard, packaging, glass, organic and domestic waste. She added that the entire waste management infrastructure was designed to collect and process waste to facilitate recycling.
She emphasized that companies operating at Istanbul Airport also act in accordance with the Zero Waste Program in a common synergy. Accordingly, under the leadership of the IGA, the Zero Waste Declaration of Istanbul Airport was signed by the CEOs of 18 main stakeholders.
The massive nationwide recycling initiative, Zero Waste project was launched in 2017 by First Lady Emine Erdoğan. The project has been embraced nationwide and adopted by municipalities around the country, as well as private companies and public buildings, from hospitals to schools. Turkey aims to achieve a nationwide zero-waste system by 2023.
The expansive airport’s first phase officially opened on Oct. 29, 2018, the 95th anniversary of the founding of the Turkish Republic. Since its inauguration, 940,000 tons less of greenhouse gas has been emitted, 11,000 tons less fuel has been consumed, 79,000 trees have been saved, 31 million kilowatt-hours of less energy has been consumed, 17,500 cubic meters of less storage space has been required and 770 kilograms of raw material has been saved.
The Istanbul Airport terminal building, which has been rising on the basis of sustainability since the design phase, was built to provide 24% energy efficiency and 40% water efficiency compared to conventional systems. Within the “Climate Change Adaptation and Action Plan,” the airport has been adapted to climate change. Under the Zero Waste program, all wastewater generated at the airport is recycled and reused, amounting to 2 million cubic meters of water per year.
A “Sustainability Report” outlining IGA’s works between 2016 and 2019, has been released showing the sustainable approach taken by the airport at every phase, from design to construction and operation.
Istanbul Airport has conducted sustainability studies on major issues, such as social and environmental, in line with international standards. The report, which includes sustainability practices from January 2017 to August 2019, highlights an investment amounting to the tune of 10.2 billion euros in economic sustainability activities. The airport employs some 100,000 people and has over 1,300 suppliers.
Last Update: Dec 20, 2019 2:27 am
RELATED TOPICS