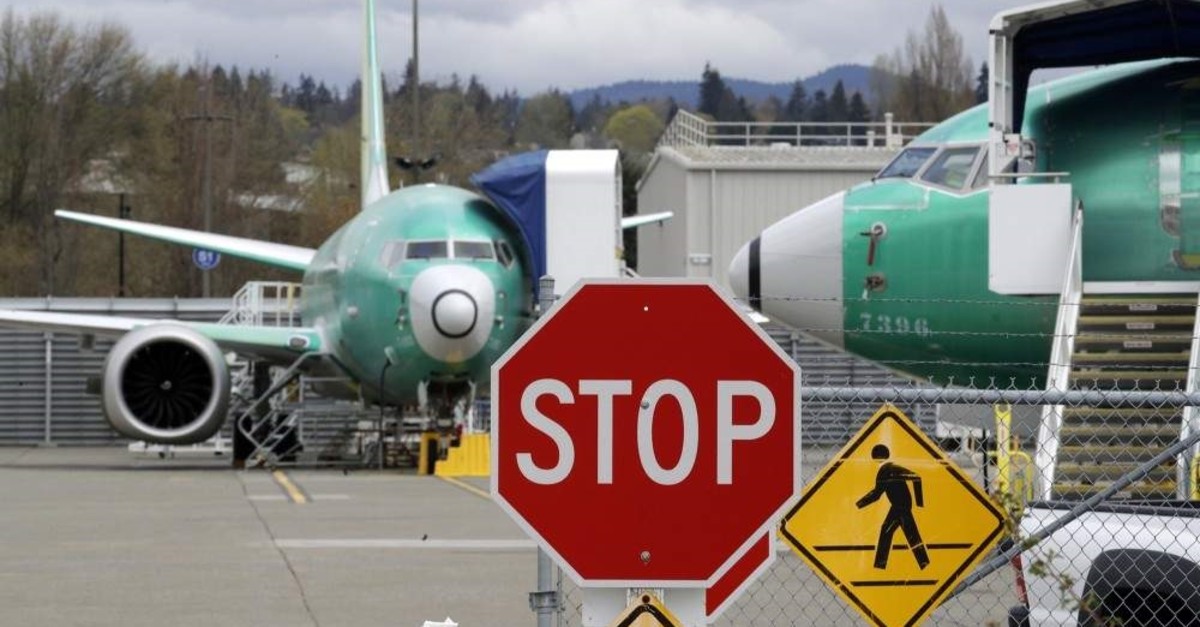 In this April 8, 2019, file photo Boeing 737 Max 8 jets are parked behind a stop sign at a Boeing Co. production facility in Renton, Wash. (AP Photo)
by Compiled from Wire Services Dec 17, 2019 1:22 am
Boeing Co. will halt 737 production in January for the first time in more than 20 years as the grounding of the planemaker's best-selling Max looks set to last well into 2020, the company said Monday.
"Throughout the grounding of the 737 Max, Boeing has continued to build new airplanes and there are now approximately 400 airplanes in storage," the company said in a statement.
"We have previously stated that we would continually evaluate our production plans should the Max grounding continue longer than we expected. As a result of this ongoing evaluation, we have decided to prioritize the delivery of stored aircraft and temporarily suspend production on the 737 program beginning next month," it said.
However the company said it currently has no plans to lay off or furlough workers as a result.
Boeing's 737 Max, which is made in Seattle, was grounded worldwide in March following two fatal crashes in Indonesia and Ethiopia.
The production freeze by one of the largest U.S. exporters is expected to impact suppliers, airlines and financiers across the globe, as well as the U.S. economy.
Last Update: Dec 20, 2019 2:27 am
RELATED TOPICS