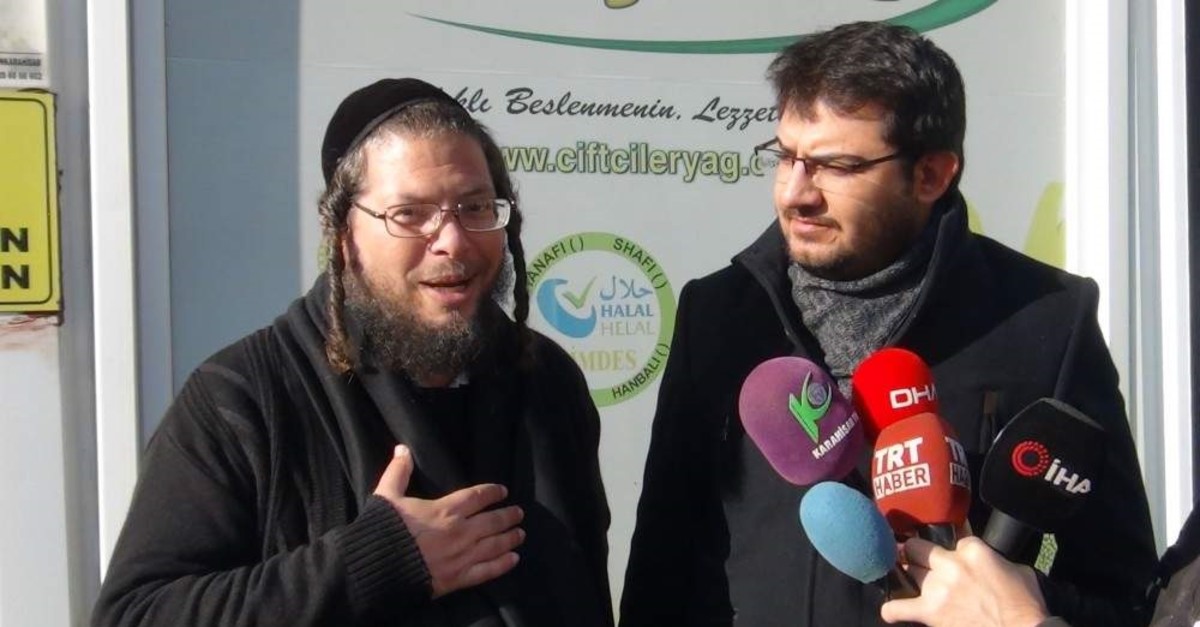 Jewish communities from around the world, including in Israel, the United States, Italy and the United Kingdom, have preferred to purchase hazelnut oil to be used during Passover from a firm in western Turkey’s Afyonkarahisar for over 20 years due to its unwavering standards.

During the seven days of Passover, Jewish people do not consume anything that involves fermenting or grain; instead, they only consume fruits and vegetables that grow on trees, and products that are made from them, including hazelnut oil.

Yahudan Taub, a Jewish rabbi who came to Turkey from the U.S. to visit the hazelnut oil factory, told reporters that during Passover, although some consume cottonseed oil, many Jewish people do not, due to different interpretations in their communities. For that reason, they prefer to use walnut, hazelnut, almond or palm oil. He asserted that the hazelnut, which they purchase from Turkey, is the preferred oil among those.

Taub said that the products purchased by the Jewish people undergo a sterilization process in the factory in accordance with kosher standards, and the production must begin after the Jewish authorities approve the raw materials. Not every factory provides this opportunity, however, Taub noted.
Taub said the reason for this is that the kosher label has begun to be perceived as a quality certificate around the world, including in the U.S., and therefore, does not always favor the priorities of the Jewish community anymore.

Despite having done business with the Turkish producers for about 20 years, this was Taub's first visit to Turkey to observe the factory. Taub said he thinks the Turkish factory “is above many factories in this regard and abides by the rules.”

“Hazelnut oil (produced here) can be consumed comfortably, abiding by kosher (guidelines). I am comfortable with that. I trust the factory owners. All operations are done as we wish,” he underlined.

Mehmet Çiftçi, the production manager at the factory, said that the firm has exported the hazelnut oil that is produced under the supervision of Jewish rabbis to Israel, the U.S., the U.K. and Italy for 25 years.

Çiftçi said that rabbis have visited the factory and observed all production stages each year before the Passover since 1995, when the factory made its first export to Israel.

“They examine our product to decide whether is there any other substance in it. They accept the product only if it meets their conditions,” he said.