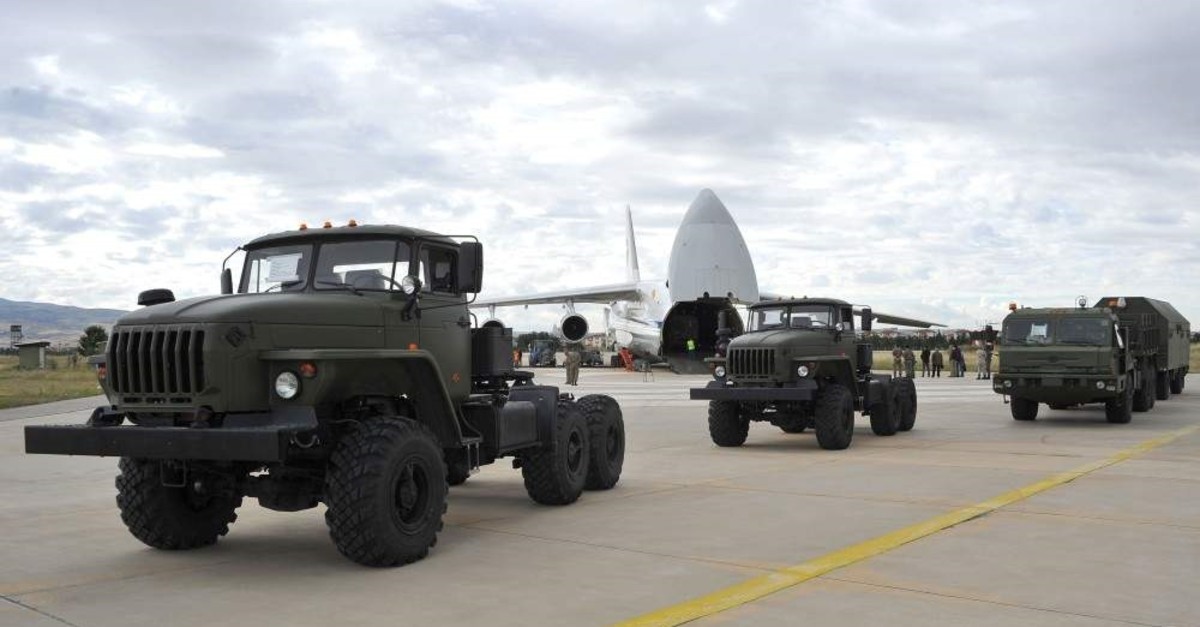 The U.S. defense bill, which includes a handful of anti-Turkey measures, demonstrates the Washington's disrespect for Turkey's sovereign decisions, Ankara says, promising to retaliate against measures targeting the country

Talk of threats and sanctions will never dissuade Turkey from taking determined steps to safeguard its national security, Turkey vowed late Tuesday in response to a massive U.S. bipartisan defense spending bill that contains a litany of anti-Turkey measures.
The U.S. Senate on Tuesday voted overwhelmingly to pass the $738 billion defense policy bill. The 86-8 vote now sends the National Defense Authorization Act (NDAA), which is part of a two-piece package that includes a wider government spending bill, to the U.S. President Donald Trump to be signed into law, which he is expected to do this week. The 2020 defense bill was approved by the U.S. House of Representatives last week.
The bill is, among other things, packed with additional measures aimed at Turkey. It foresees sanctions against Turkey over its purchase of the S-400 air missile defense system and includes a prohibition of the delivery of fifth-generation F-35 joint strike fighter jets, or their parts, to Turkey over the purchase. It calls for Trump to implement sanctions on the country over the acquisition under the Countering America's Adversaries Through Sanctions Act (CAATSA).
TURKEY TO COUNTER INITIATIVES
Shortly after the U.S. Senate passed the bill, Turkey’s Foreign Ministry issued a statement criticizing the U.S. over threats to remove it from the F-35 program. The ministry promised to respond to measures against Turkey, saying, “No one should doubt that necessary measures will be taken against these moves targeting Turkey.”
“We would like to once again state that talk of threats and sanctions will never dissuade Turkey from taking determined steps to safeguard its national security,” the statement read.
The ministry noted that the bill included hostile aspects against Turkey, stressing that members of Congress looking to settle internal political scores and acting under the influence of anti-Turkish circles were continuing to hamper the goal of improving Turkey's “relations with the U.S.”
Turkey's acquisition of the advanced Russian air-defense system prompted the Trump administration to remove Turkey from the F-35 program in July. The U.S. maintains that the system could be used by Russia to covertly obtain classified details on the jet and is incompatible with NATO systems.
Turkey, however, counters that the S-400 would not be integrated into NATO systems and would pose no threat to the alliance. Ankara also stressed it was the U.S.' refusal to sell it Patriots that led to its need to seek out other sellers, adding that Russia offered it a better deal, including technology transfers.
Russia completed the delivery of the first fleet of the S-400s to the Mürted Air Base in the Turkish capital Ankara in the second half of September.
The acquisition of the Russian system prompted the Trump administration to remove Turkey from the F-35 fifth-generation joint strike fighter program, in which Ankara was formerly a major buyer and manufacturer, in July.
The NDAA for fiscal year 2020, proposes allocation of a $440-million fund for the Pentagon to purchase F-35 aircraft ordered by Turkey, as part of the modernization of its national defense.
HALT OF ARMS EMBARGO ON GREEK CYPRUS
Underlining that the bill demonstrated the “disrespect for Turkey's sovereign decisions,” the ministry said, “U.S. Congress persists in adopting an irrational hostile attitude by unfairly blocking our participation to the F-35 program, despite Turkey having fulfilled all its obligations.”
The defense spending bill further lifts the U.S. arms embargo on the Greek Cypriot administration of southern Cyprus, and imposes sanctions on vessels used to construct the TurkStream and Nord Stream 2 pipelines.
Regarding the move to lift a decades-old arms embargo on Greek Cyprus, Turkish Foreign Ministry warned that the American decision “will have no outcome other than hampering efforts toward a settlement on the island and creating a dangerous escalation.”
The island of Cyprus has been divided into a Turkish Cypriot government in the northern third and Greek Cypriot administration in the south since a 1974 military coup aimed at Cyprus' annexation by Greece.
Turkey's intervention as a guarantor power in 1974 stopped years-long persecution and violence against Turkish Cypriots by ultranationalist Greek Cypriots. The Turkish Republic of Northern Cyprus (TRNC) was founded in 1983.
On the other hand, the TurkStream project, which is set to deliver natural gas from Anapa in Russia to Europe through a subsea pipeline that links to Turkey via the Black Sea, is to be inaugurated at a ceremony held on Jan. 8, 2020 and will be attended by the presidents of Turkey and Russia.
It consists of two pipelines that will have a total supply capacity of 31.5 billion cubic meters, corresponding to the annual energy demand of 15 million homes.
Turkey will receive 15.75 billion cubic meters of the gas, while the remainder will go to southeastern Europe. The second line is expected to go from Turkey through Bulgaria, then on to Serbia, Hungary and Slovakia. The second section is expected to be completed in 2020.