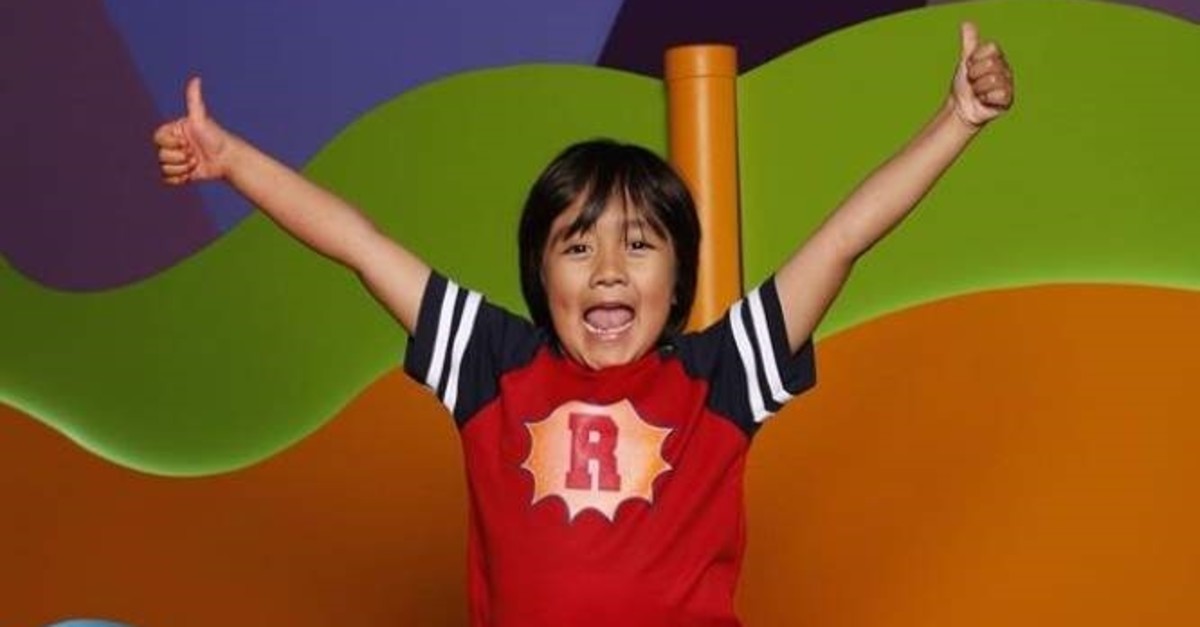 Photo from Ryan's World Facebook account
by Dec 19, 2019 8:34 am
Eight-year-old Ryan Kaji earned $26 million in 2019 on his YouTube channel, making him the highest-paid creator on the platform, according to a list published Wednesday by Forbes magazine.
Kaji, whose real name is Ryan Guan, was already the video platform's highest earner in 2018, with $22 million, according to Forbes.
His channel "Ryan's World," launched in 2015 by Ryan's parents, is only three years old but already has 22.9 million subscribers.
Initially called "Ryan ToysReview," the channel mostly consisted of "unboxing" videos – videos of the young star opening boxes of toys and playing with them.
Several of the videos have racked up more than 1 billion views, and the channel has received almost 35 billion views since its creation, according to data from the analytics website Social Blade.
Recently, the channel was renamed after a consumer advocacy organization, Truth in Advertising, filed a complaint with the U.S. Federal Trade Commission (FTC) about it.
Truth in Advertising accused the channel of not clearly denoting which videos had been sponsored, meaning brands paid for the video to feature their products.
The channel has also evolved as Ryan ages, now offering more educational videos in addition to the toys.
In Forbes's ranking, Ryan Kaji surpassed the channel "Dude Perfect," run by a group of friends from Texas who attempt seemingly impossible feats, such as launching basketballs into hoops from the tops of buildings or out of helicopters.
Dude Perfect came in second, up from third the year before, having earned $20 million between June 1, 2018, and June 1, 2019.
In third place was another child star's channel, that of Russia's Anastasia Radzinskaya. At only 5 years old, she earned $18 million.
Her channels "Like Nastya Vlog" and "Funny Stacy" boast nearly 70 million subscribers in total, with videos in Russian, English and Spanish.
At the beginning of September, YouTube's parent company Google agreed to pay a $170 million fine after the FTC accused the internet giant of collecting personal data from child YouTube users without permission.
According to the FTC, the platform used the data to ensure that advertisers were able to target children.
Last Update: Dec 20, 2019 2:10 pm
RELATED TOPICS