Accelerating startups are key to growth 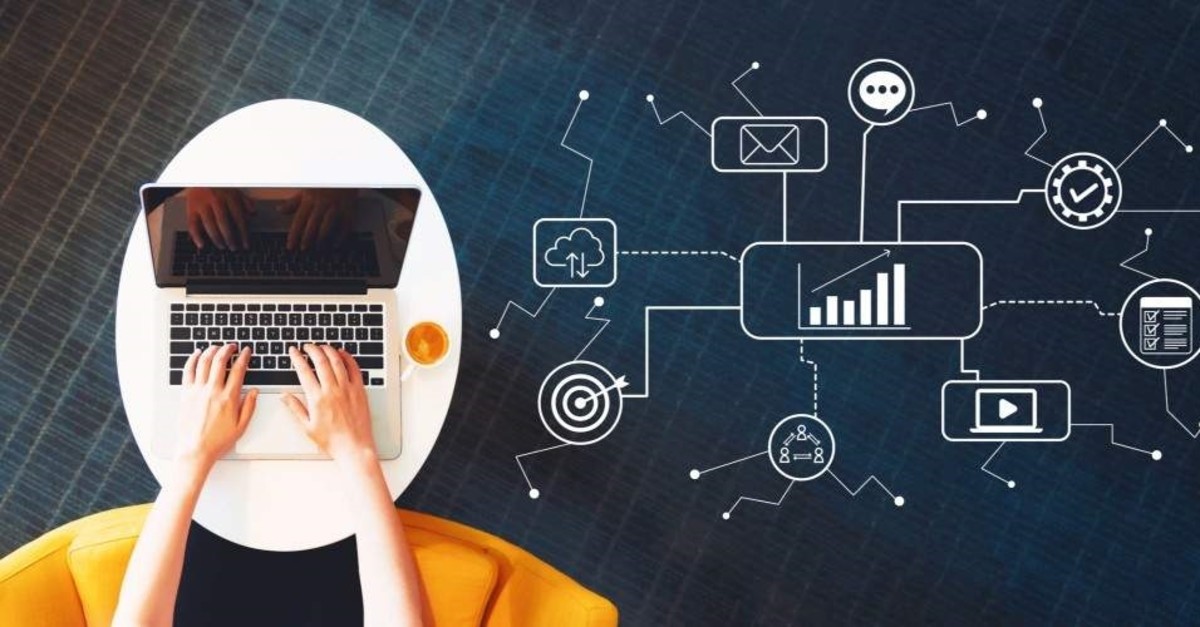 According to Startups.Watch data, more than 20 acceleration programs organized by industry-leading corporations and technoparks have paved the way for early and idea-stage startups.
by Timur Sırt Dec 20, 2019 6:59 pm

Startup acceleration programs, organized by industry-leading corporations, play a key role in building digital bridges in different industries and in supporting startups in the field of energy, finance and telecom to reach their first customer and attract investments

TECHNOPARKS COME TO THE FORE

Ten startups that solve problems in the energy sector by using technology as leverage have taken the stage in the TEA Limak Energy Entrepreneurship Acceleration Program. Successful startups have received significant support in finding and collaborating with their first clients.

Turkey, which has become an energy bridge, needs more successful technology entrepreneurs to build the digital bridge as well. Ten successful startups in the TEA Limak Energy Entrepreneurship Acceleration Program had the opportunity to present their projects on Demo Day following a nine-month training. During the event, a panel was also held with successful entrepreneurs, venture capital investors, energy sector professionals and mentors in attendance.

The TEA Limak Energy Entrepreneurship Acceleration Program, which claims to be the most comprehensive entrepreneurship acceleration program focusing on the energy sector, provides multidimensional support for energy startups.

FIRST, THE CUSTOMER IS FOUND

The entrepreneur sometimes needs a more valuable business network than the investor, and therefore needs to find customers. While appointments were made even from competing companies for the energy sector-oriented technology startups to find customers, the companies within the organization were fully supported.

Within the scope of the program implemented at the end of last year, 100 energy startups applied to the call opened for entrepreneurs, entrepreneur candidates, early stage startups and companies.

Ten startups from Turkey's different cities received 75 hours of practical training and 120 hours of mentoring sessions during the acceleration program. Each startup was matched with Limak Energy executives and continued mentoring sessions on the basis of sectoral and business functions.

Among the startups included in the program, Bren, Blink and Demircioğlu carried out their pilot applications in Limak Energy fields, while Loggma had the opportunity to cooperate in Limak Energy's Solar Power Plant projects.

"Throughout the program, we provided entrepreneurs with the support they needed to develop and successfully implement business models," Batuhan Özdemir, chairman of the board of Limak Energy, said in his keynote speech at Demo Day. "Internal entrepreneurship is as important as external entrepreneurship. Therefore, we tried to create a synergy among all ecosystem players by matching our startups with our Limak Energy executives."

Blink, Bren, Deveci, Dream, Hexatech, HVS Enerji, Mavi Alp, Karayel, Demircioğlu, and Solarify presented the projects that they developed during the program to the participants.

SUPPORT FOR EVERY STARTUP FROM AGRICULTURE TO GAMES

In the fifth term of the Workup Entrepreneurship Program, of which İş Bank is the main supporter, nine different startups graduated in the fields of agriculture, game, data security and e-commerce.

Nine new graduates from the Workup acceleration program supported by İş Bank, namely Agrovisio, Cameralyze, FakeFind, Gamer Arena, HoloNext, Qubitro, Teamfluencer, Verilogy and Vidyou, introduced their startups to entrepreneurs who could support them in the entrepreneurial ecosystem and business world – in terms of investment and cooperation – and shared their business models and road maps. The Workup Entrepreneurship Program, which started in 2017, has received more than 8,000 applications to date and has come together with hundreds of startups. A total of 49 startups graduated together in the fifth term. Under the program, entrepreneurs were given 735 hours of mentoring, and 177 events were organized.

In his speech at the Demo Day event, İş Bank's General Manager Adnan Bali stated that large corporations such as İş Bank should feed on the dynamism and business ideas of entrepreneurs and that entrepreneurs could benefit from the experiences and customer network of large organizations. Bali stressed that they consider the Workup Program, of which they are the main supporters, an important initiative they have taken.

Recalling that they have started a cooperation with the Turkish Entrepreneurship Foundation, which carries out studies to support the entrepreneurial culture and to support young people with entrepreneurial potential, Bali said they also cooperated with Arya, the first women-oriented investment platform of the country.

Bali stated that they invested a total of $1.4 million in two startups so far with the Maxis Innovative Venture Capital Investment Fund, in which they are committed to transferring up to TL 100 million, adding that they would continue to provide financial support to new generation startups with sustainable and scalable business models.

In his speech, Bali highlighted the importance of entrepreneurs for Turkey's growth. "If we have created over 7 million new jobs in the last 10 years, even more than the population of some European countries, and still cannot bring unemployment down, we still have to grow faster," Bali continued. "To create the resources to finance rapid growth in our country, we must develop the value-added, technology and innovation-based production approach. The more we make high value-added products and sell them abroad, the less our dependence on the economy will be, and we will create job opportunities for our unemployed university-qualified young. This is achieved by supporting more entrepreneurs and implementing more innovative ideas based on technology.

Türk Telekom, which has supported technology startups for seven terms, has 65 graduates from the PİLOT acceleration program. Thanks to PİLOT, more than TL 4 million has been invested in startups to date. Again, 17 graduates of the program had the opportunity to further develop their projects and ideas through investment. The program employed 280 people, while the startups generated a turnover of TL 24 million.

During the seventh PİLOT Demo Day event this year, the startups who want to grow, seek investments and support come together with investors. At the last event, nine startups who graduated from the seventh semester within the scope of the program presented their projects and business models.

The startups that apply to PİLOT are evaluated according to criteria such as cooperation potential, innovation and applicability of the idea, size and growth potential of the targeted market, consistency of the business model, and competence of the team. The focus is on technology startups.

Türk Telekom supports growth-oriented ventures through not only the venture acceleration program but also through the venture capital fund TT Ventures with its investments.

The Food Rescue Association (GKTD), which works on advocacy, awareness and capacity building to reduce food waste in Turkey, has been running a project titled "GKTD Capacity Increase for the Prevention and Reduction of Food Waste in Turkey" within the scope of the second term of the Civil Society Support Program carried out by the EU Presidency of the Ministry of Foreign Affairs. The project, set out with the slogan "Save Your Food," brings together all sectors that will contribute to the prevention of food waste.

In the project, the works are in progress to establish a network that brings together the key stakeholders through the development of an advocacy strategy and advocacy guideline to reduce food loss and waste, the gap analysis of the regulations on food donation, the creation of legislative assessment proposals, the examination of industrial symbiosis opportunities in HORECAs, and the creation of cyclical economy outputs.

THERE ARE GOOD EXAMPLES

Fazla Gıda, a social startup, which has been selected to be supported globally within the framework of the U.N. 2030 Targets and which produces technological solutions to reduce waste carbon emissions of its partners by a minimum of 50%, Migros, the giant of the retail sector, and Nestle Turkey, which has been operating for more than 100 years with the global brand, have become a glimmer of hope that food waste can be prevented by presenting good practices.

The panel titled "Preventing Supply Chain-Oriented Waste" was held under the moderation of Fazla Gıda with the participation of managers of A101 Yeni Mağazacılık, Metro Turkey, Golf Dondurma and Netlog Logistics Group, one of Turkey's leading logistics companies, which all have exemplary practices in donation and supply chain issues.

In the Istanbul workshop organized by the Food Rescue Association, which also undertakes the mission of national advocacy for the prevention of food waste, the Advocacy Guide created with the Save Food project continued with events featuring the contributions and views of all stakeholders. The publication developed by the Food Rescue Association with EWA Institutional Consultancy will be finalized following the contributions of stakeholder opinions and will guide the organizations as the first and only national advocacy publication in the prevention of food waste.

The "Water of Tomorrow" campaign, initiated by Reckitt Benckiser in Turkey with a global influence, met all workshop participants with its inspiring effect as an example of a good campaign.

The Save Your Food Istanbul Workshop, in which all aspects of food waste were handled and represented by all sectors, was held as a content and participatory meeting that could lead to the realization of national advocacy action in the prevention of waste.