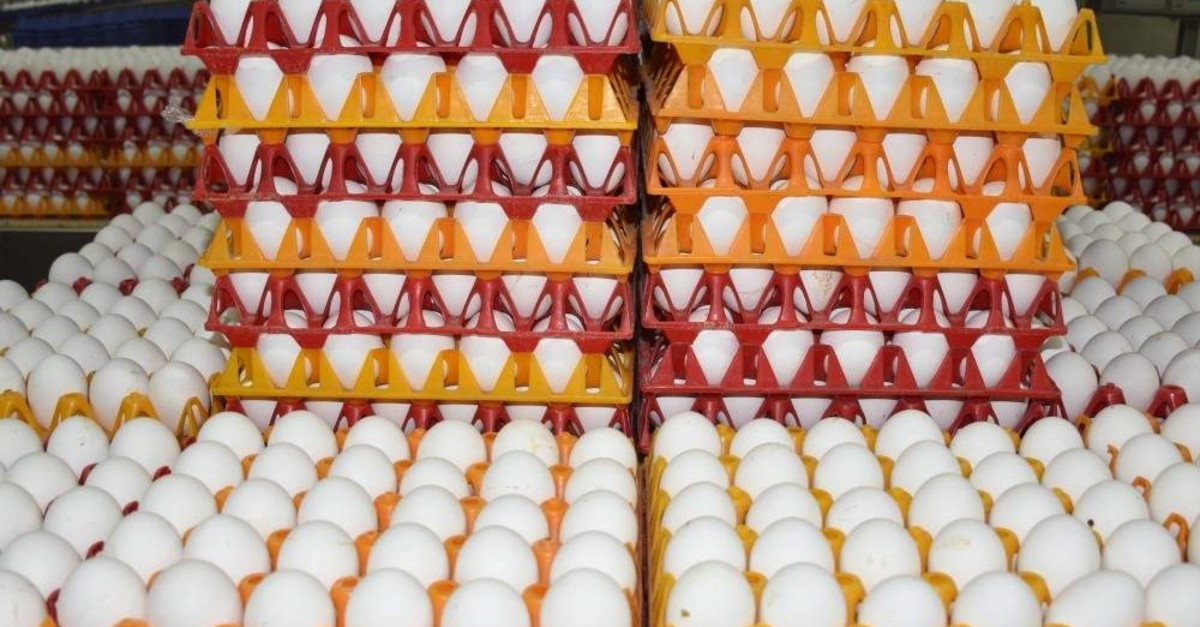 Turkish egg exporters have been trying to compensate for the loss of the Iraqi market with new countries in the Gulf, including United Arab Emirates, Kuwait and Oman. (AA Photo)
by Daily Sabah with AA Dec 23, 2019 6:38 pm
Iraq's ban on the egg imports from Turkey since April has compelled Turkish exporters to seek new markets, including the U.S., Kuwait and United Arab Emirates (UEA).

Exports to Iraq amounted to nearly $306.45 million in 2018, according to Turkish Egg Producers Association (YUM-BİR) data, or 71% of Turkey's total egg exports at $430 million.

The producers from the central Aegean province of Afyon have seen the halt of the egg exports to Iraq and have been looking for new markets.

Hüsnü Serteser, chairman of the Afyon Chamber of Commerce and Industry, told Anadolu Agency (AA) Monday that the door of Iraq has been closed to egg exports since April. Indicating that egg producers are in a tough spot, Serteser stated that Iraq was their largest export market, where they exported eggs worth $71 million in 2017 and $77 million in 2018. "We exported eggs worth $45 million in 11 months of 2019; however, only $23 million of it was made to the Iraqi market," he added.

Underlining that Afyon's egg exports have so far grown through the Iraqi market, Serteser said: "We know that there needs to be serious production planning in egg production. In the past, we were exporting about 300 containers of eggs to Iraq on a daily basis. After the halt of our egg exports to Iraq in April, our producers have headed to Kuwait and the United Arab Emirates markets. Since April, we have exported eggs worth $15 million to Kuwait, $3 million to Syria and $4 million to the UAE, Oman and Bahrain each. Of course, we have the capacity to meet the demands of other countries. There will be no problems if other countries demand eggs."

Emphasizing that producers are working far below their capacity, Serteser said they have been in search of other markets since the halt of exports to Iraq. "I hope that the producers will have better exports next year. Our egg producers have the capacity to meet the demand from every country," he expressed.

Nevzat Tezcan, president of the Başmakçı Poultry Cooperative, said they have exported eggs mainly to Qatar, Oman and the UAE as new markets since April.

In October, exporters sent the first shipment of eggs to the U.S. – a market Turkish egg exporters have been eyeing for a long time.
RELATED TOPICS