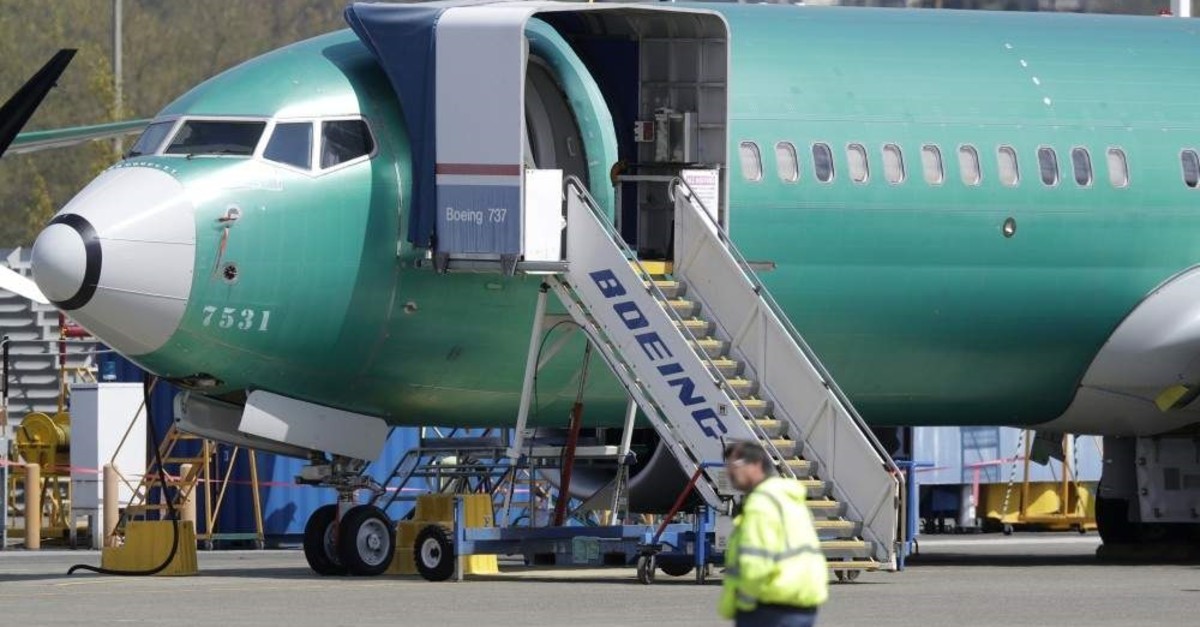 As Boeing's new boss tackles the immediate crisis over its grounded 737 MAX jet, he also faces pressing questions from European regulators over a deal to buy the commercial arm of Brazil's Embraer – seen as key to its longer-term strategy.

European Union regulators investigating the $4.2 billion tie-up have asked for more than 1.5 million pages of information and data on over 20 years of sales campaigns, two sources familiar with the matter told Reuters.

The volume of requests highlights the European Commission's concerns over a deal it suspects would reduce the number of major participants in the global jet market from three to two, the sources said, speaking on condition of anonymity.

Any delay or derailing of the transaction would be a further setback for Boeing, which on Monday named David Calhoun as its new CEO amid a crisis over the grounding of its top-selling 737 MAX following two fatal crashes.

Calhoun knows Embraer from his former senior role at engine maker General Electric and is expected to push hard for the tie-up, one industry source said.

Boeing has agreed to buy 80% of Embraer's commercial jets division which competes with Europe's Airbus in the market for planes below 150 seats.

Airbus had earlier bought the main competitor to Embraer's 80-120-seat E2 jet family from Canada's Bombardier and is racking up sales of the renamed A220 while its U.S. rival's takeover of Embraer makes slow progress.

Originally set for 2019, the Boeing-Embraer deal was delayed after the Commission decided in October to deepen a competition probe, now scheduled to end in late February.

The sources said the Commission had requested the extra data on top of the hundreds of thousands of pieces of information shared by other regulators, and that it was examining data on over 1,000 actual or potential sales campaigns over two decades.

U.S. sources deny the deal would reduce the market from three to two players, saying the mainline and regional markets are separate, even though Airbus has a foot in both camps.

Lawyers on all sides are now waiting to see whether the Commission launches a "statement of objections," a step that can lead to a request for concessions to secure approval.

The U.S., Japan and China have approved the deal and Brazil is expected to confirm preliminary backing soon.

Airbus and Boeing share the market for jets above 150 seats and their deals with Bombardier and Embraer respectively are extending their rivalry into smaller, regional jets.

Beyond the battle between the E2 and the A220, broader issues are at stake as the two companies lay the foundation for longer-term contests against China.

Boeing is interested in Embraer's lower-cost engineering, industrial footprint and technology such as landing gear. That means Embraer is likely to play a key role in developing the portfolio that eventually replaces jets including the MAX.

The probe also intensifies a noisy European battleground for Boeing as it faces questions from Europe's safety agency over the MAX and the likelihood in 2020 of EU countertariffs after Washington taxed Airbus jets in a subsidy dispute.

European officials deny any link between competition and trade dossiers, but EU experts say the simultaneous challenges reflect Europe's growing international muscle as its regulators speak with a louder voice on multiple fronts.

Without linking the Embraer case to the subsidy dispute, Airbus is anxious to ensure a level U.S. playing field for the A220, which has already been targeted with separate U.S. tariffs that were later overturned, one European trade source said.

A U.S. industry source said top-level contacts early in the process are unusual and Brazilian reports say Airbus has argued against the deal. An Airbus spokesman said any claims that it was lobbying the EU against the deal were "without substance."

U.S. and Brazilian sources say Airbus is using its market power to offer attractive deals for the A220 packaged with other jets, and can only benefit from further delays in the Boeing-Embraer link-up.

European sources say the A220's success reflects a newer design and reduced uncertainty over its future under Airbus. They deny Airbus is winning by cross-selling with larger jets.