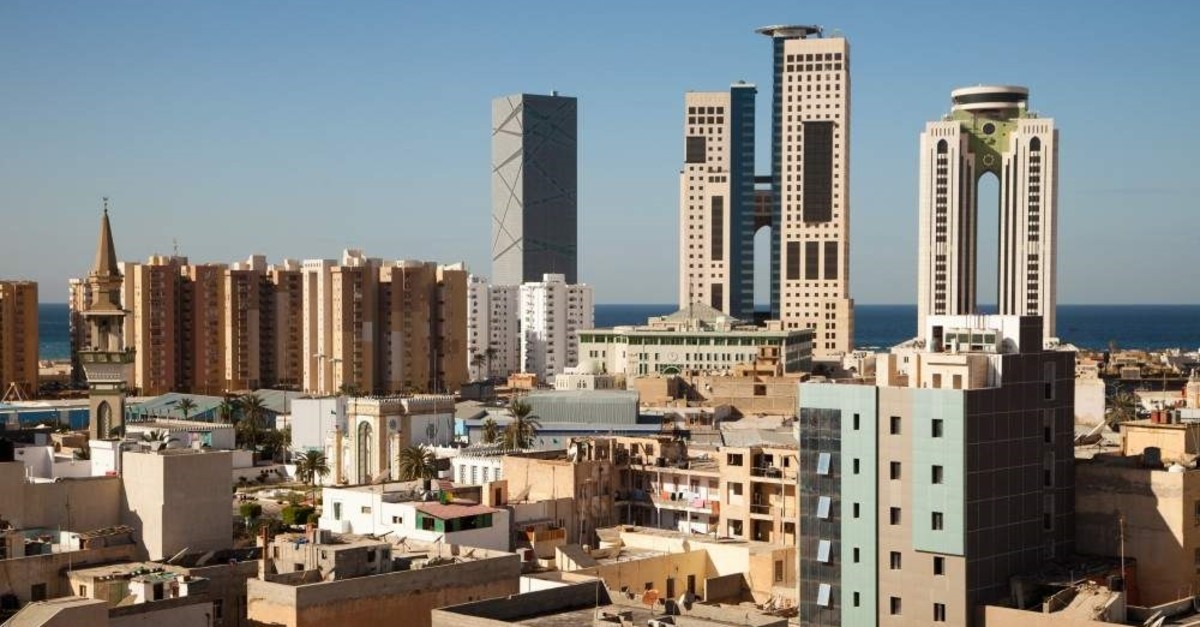 Turkish contractors who have undertaken projects worth nearly $29 billion in Libya aim to settle their problems, primarily letters of accreditation and finish their abandoned projects once peace reigns again

Turkish contractors have been carrying out various infrastructure and construction projects in Libya since the 1970s. The North African country was the first overseas market in which Turkish contractors entered in 1972 with the STFA's building of the Tripoli port in the Libyan capital. The outbreak of the revolution in 2011 and the subsequent civil war that has torn apart the country since 2014 have stalled all the ongoing projects, leaving the contractors aggrieved as they were unable to collect a large number of receivables. They now express their wish to return to the country – a very familiar market for them, looking forward to the restoration of peace and stability.

Over the last year, Turkish and Libyan officials have stepped up diplomatic efforts to revive the business environment and their efforts, although battered by the aggression toward Tripoli, have been joined by Turkish contractors.

Turkish Contractors Association (TMB) Chairman Mithat Yenigün stressed in a statement to Anadolu Agency (AA) Tuesday that the Libyan market is of great importance for the Turkish contractors. "The restoration of peace and stability in Libya will open the gates for this market for Turkish contractors again," he said and emphasized that Libya is in enormous need of contracting services.

Self-proclaimed general Khalifa Kaftar launched aggression into the capital province of Tripoli on April 4 to overthrow the U.N.-recognized Government of National Accord (GNA). The war on Tripoli has hampered all of the efforts of the Libyan government to restore the country's stability and economic development. A month before the war escalated, the Turkish-Libyan Contracting Joint Working Group agreed to start work on the continuation of the unfinished projects of Turkish companies in Libya. The members of the group even signed a memorandum of understanding (MoU) to initiate talks between firms and employers.

With the projects worth $28.9 billion, Libya was the third country where Turkish contractors undertook the most number of projects to date. Prior to the internal intricacies, Turkish companies had reached an annual business volume of up to $4 billion in Libya.

Yenigün stressed that the negotiations of the working group consisting of Turkish and Libyan officials had planned to create a framework agreement as a roadmap for the settlement of the existing problems. Yet, after a series of meetings in Ankara and Tripoli, Haftar and his militia's attack on the Libyan capital have to a great extent stalled any effort to make progress.

Turkish contractors also participated in the bilateral meeting between Trade Minister Ruhsar Pekcan and Libya's Planning Minister of the Libyan Government of National Accord Taher al-Jehaimi during the 35th Meeting of the Standing Committee for Economic and Commercial Cooperation of the Organization of the Islamic Cooperation in early December, Yenigün said.

"The Libyan authorities stressed that they would be immediately assessing our proposal and a meeting at the beginning of next year will be held," he added.

When the internal turmoil in Libya emerged in 2011, Turkish and Libyan partners were at the height of discussing joint projects. In the aftermath of the revolution which was followed by civil war and terror events, the construction sites of the Turkish contractors were burnt down. "Our firms have left their projects abandoned and 25,000 Turkish workers had to return home. However, Turkish firms continued to make their payments including insurance commissions, letters of accreditation obtained from Libyan banks, subcontracting deals, site security expenditures and other compensations," Yenigün explained.

The accrued receivables of Turkish companies total $1 billion and the value of their letters of accreditation stand at $1.7 billion. The loss of equipment and inventories has been calculated at $1.3 billion. The TMB chairman underscored that Turkish contractors continue to pay $50 million per year for their letters of accreditation, which is hurting their businesses.

Yenigün also pointed out that the Libyan government has a positive approach to the settlement of this problem. Some of the ongoing projects have been looted or became targets during armed clashes. He stressed that Turkish and Libyan officials agreed that the incurred losses will be determined by a delegation.

Turkish contractors have paid $400 million in commissions for letters of accreditation since the beginning of the internal turmoil in Libya. The exchange rates and the construction costs have changed significantly since then, Yenigün remarked.

"Haftar's aggression into Tripoli has not affected the dialogue between Turkish and Libyan authorities but it caused uncertainty over the negotiations and the outcome of the process. The officials from both sides have stressed their goodwill on numerous occasions as they wish for a settlement of the issues," the TMB chairman said.