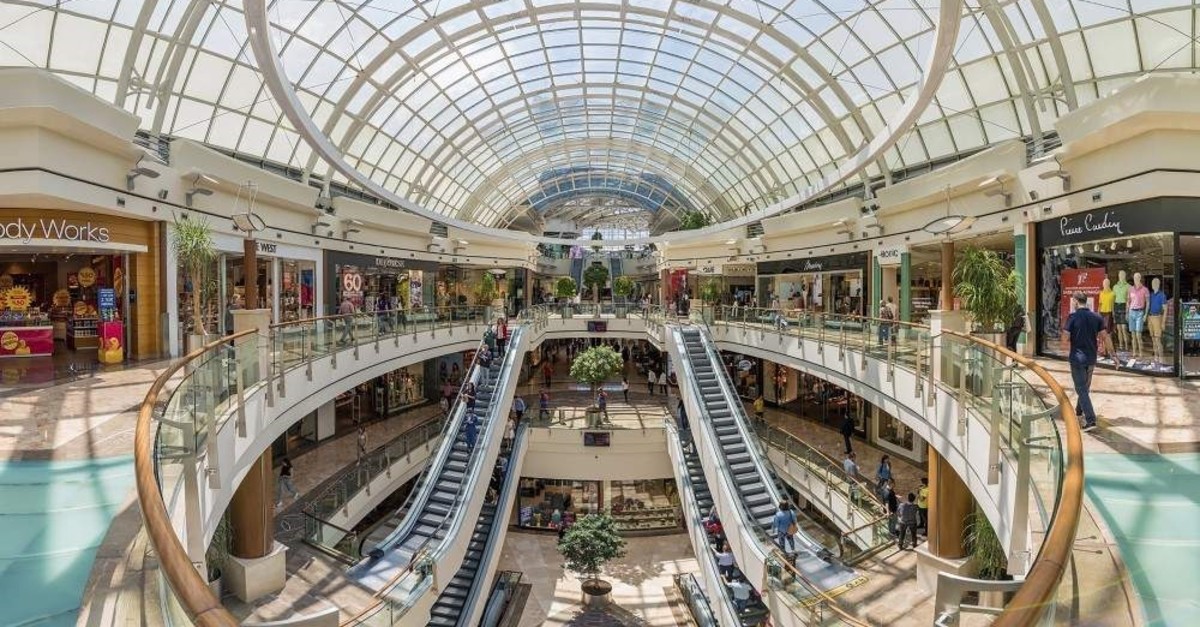 | File Photo
by Daily Sabah with AA Dec 29, 2019 7:08 pm
The retail sector has seen moderate recovery this year after a slump in 2018 due to increased rent and falling turnover ensuing from the depreciation in the Turkish lira. The sector expects to reach TL 160 billion in total turnover and 2.4 billion in total visitor numbers by the end of this year, Hüseyin Altaş, chairman of the Council of Shopping Centers, said Saturday.

According to the AYD Shopping Mall Retail Turnover Index since 2010, measuring data such as turnover, square meter efficiency and number of visitors in shopping malls, turnovers in shopping malls continued to increase in the first 10 months of 2019.

He added that currently, 436 shopping malls in Turkey are adding value to the national economy with their rentable area of 13.2 million square meters.

Indicating that shopping mall investments have reached a certain saturation in many parts of Turkey, Altaş said that investments in new shopping malls are likely to decrease in the upcoming period.

"We anticipate that important projects in our cities such as Kayseri, Izmir, Ankara, Antalya and Istanbul will be opened 2020. Also, renovation investments in existing shopping malls will come to the fore in the coming period.

Altaş stated that the construction works of the shopping malls, whose projects have been completed and financial resources have been planned, will continue in the upcoming period. He added that the number of shopping malls across the country is expected to reach 445 by the end of 2020.

"The target of our sector in the coming periods will be to focus on healthy and sustainable growth with the retail sector," he noted.

According to Altaş, despite the decline in the number of visitors, the square meter efficiency has risen – which is indicative of need-driven shopping. Pointing out that shopping malls are also a life center, he said that the increase in the weight of food and beverage, culture and arts and entertainment venues have shaped the architecture of new shopping malls. Altaş expressed that, as a result of renovation projects, the architecture of the existing shopping malls is being designed in line with modern needs and the old structure is being reinvigorated.

Touching on square meter efficiency, Altaş noted that it rose in line with the increased turnover index in the first 10 months of the year.

"According to the latest data published in October, the efficiency of square meters in Turkey stood at TL 1,223. We anticipate that the upward momentum will continue in November and December in which square meter efficiency is at its best," he concluded
Last Update: Dec 29, 2019 11:01 pm
RELATED TOPICS