Apricots from eastern Anatolia sold to 110 countries in 2019 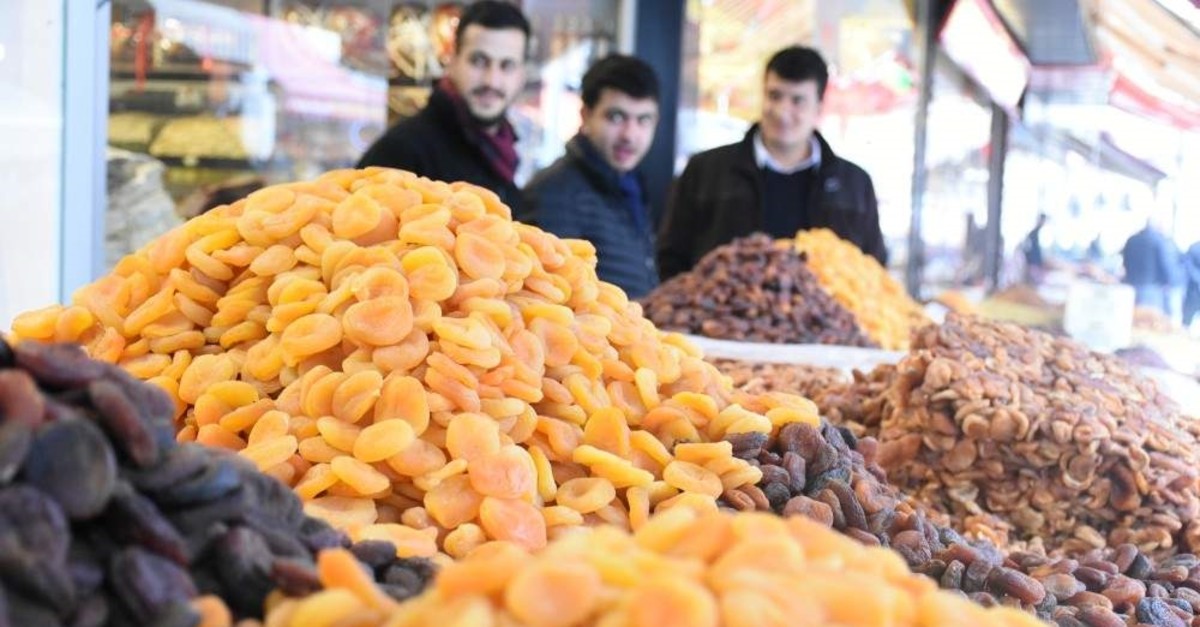 Dubbed the apricot capital, the province of Malatya in eastern Anatolia managed to export its dried apricots to 110 countries across the world throughout 2019.

Turkey is known as a top producer and exporter of apricots, both fresh and dried, and Malatya accounts for 90% of the country's apricot exports.

Apricots are collected from about 8 million trees in Malatya, out of the total 11 million in Turkey. Some 50,000 families are said to earn a livelihood from this product in the city.

Turkish apricots earned a coveted EU geographical indication in July 2017, a registration that helps unique products to be protected, marketed and advertised. It was the third Turkish product to get this EU designation after Gaziantep baklava, a rich, sweet pastry featured in many cuisines of the former Ottoman countries, along with the Aegean fig.

Malatya exported 95,350 tons of dried apricots in 2018, according to Malatya Commodity Exchange Chairman Ramazan Özcan. In 2019, some 99,666 tons were exported, bringing in a revenue of $253.5 million, Özcan told Anadolu Agency (AA) Thursday.

"Compared to the export figures of the previous year, a stable market has emerged in the consumer group. We see that this year's export figures are proceeding in line with last year's figures," he noted.

Özcan stated that the highest amount of products was sold to the U.S., France, Russia, Germany and the U.K. last year, adding that they are in search of a new market to increase exports. He added that they want to reach out to new consumer groups through promotional activities in Europe, emphasizing that they attach great importance to the Far East market.

Indicating that the Far East is one of the unexplored markets for them, Özcan continued by saying that there has been an increase in naturally dried apricot exports to China.

"There was a significant increase in dried apricot consumption in the country in 2018. Exports to this country increased by about 2,000 tons in 2019 year-on-year. If China is seen as a new market, and exports continue to increase here, we expect that the export of natural apricots will reach greater amounts."