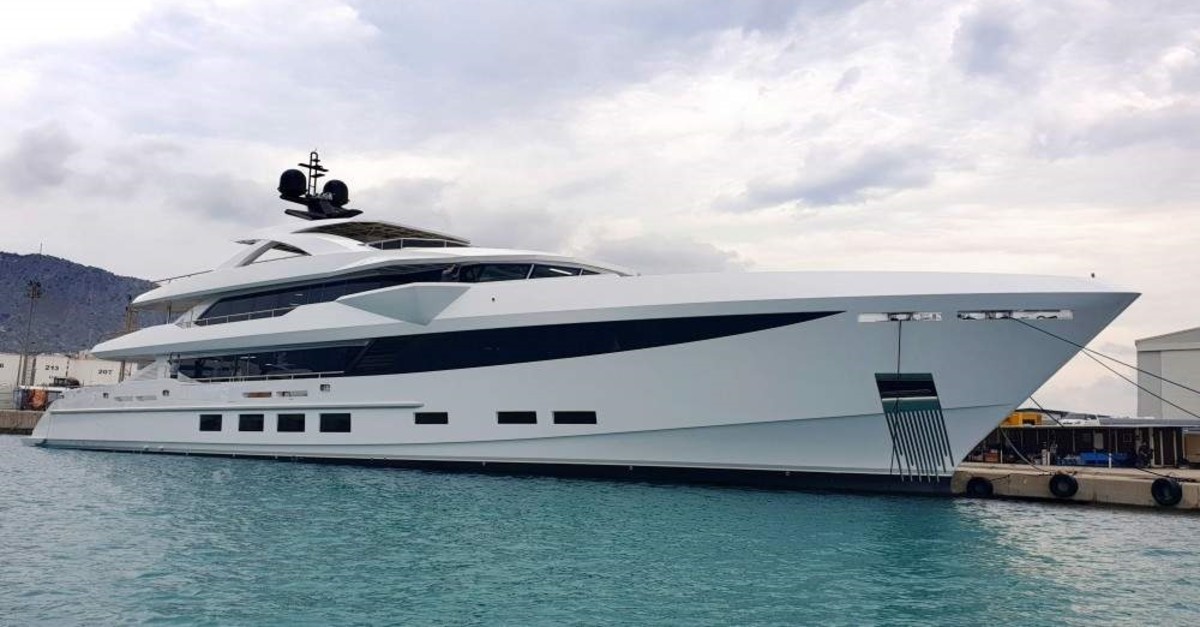 In 2019, Turkey exported domestically manufactured vessels and yachts to 136 countries around the world. (DHA Photo)
by Daily Sabah with AA Jan 10, 2020 5:35 pm

The ship and yacht industry recorded $1.04 billion in exports to 136 countries around the world last year. While Istanbul ranked first in exports, Norway became the destination with the highest demand for Turkey's vessels and yachts.

Last year, more than half of ship and yacht exports were made to the three countries which are Turkey's largest export markets in this area.

In terms of value increase in exports, Norway was followed by Hong Kong which increased its imports from Turkey by $48,000. Exports to Hong Kong surged by almost 375 times in this period, followed by France, Singapore, Ghana and Japan on a value basis. Turkish ships and yachts were sold to 136 countries, including Russia, Mexico, the Seychelles, the U.S., India and Oman.

Istanbul ranked first in ship and yacht exports last year, with $466.8 million, down by 20.5% compared to 2018. Turkey's largest city was followed by Yalova with $380.2 million, up by 43% year-on-year. The Aegean province of İzmir ranked third with $111.6, achieving a 3.4% rise in yacht and vessel exports compared to the previous year. All in all, the top three cities accounted for 92% of the total ship and yacht industry exports.

While the sector carried out exports from a total of 34 cities last year, Yalova was the province that increased its exports the most on the basis of value. Yalova's ship and yacht exports reached $266.2 million in 2018 and increased this figure by $114 million last year.