A breakdown for Boeing and the FAA after years of trust 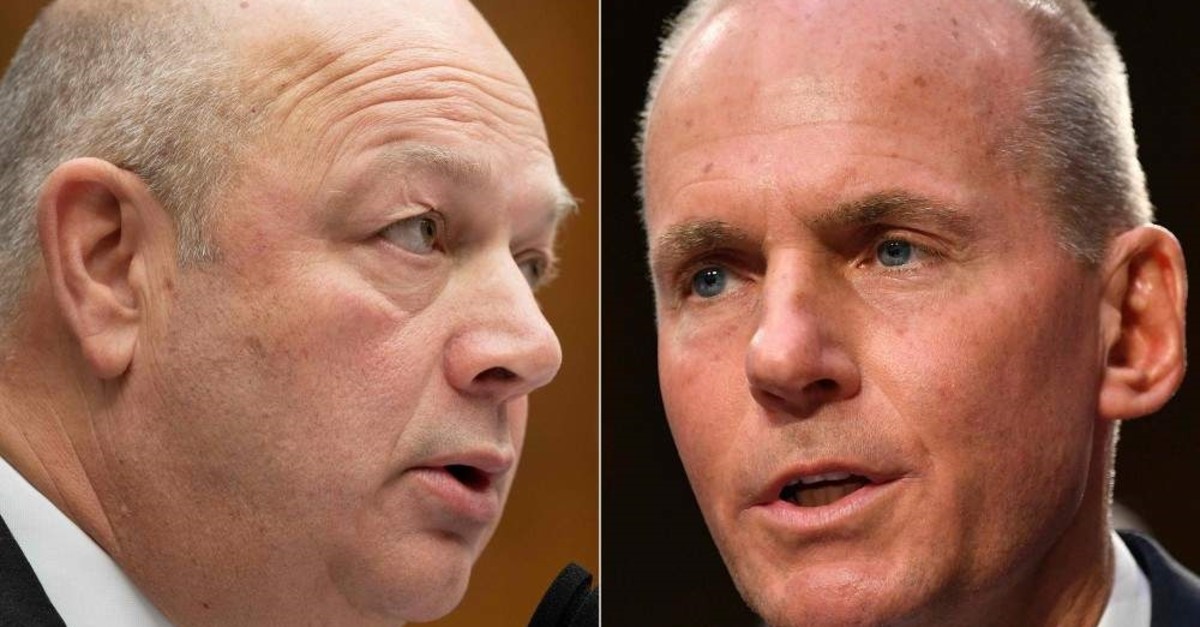 When Dennis Muilenburg, Boeing's ousted chief, was summoned to Washington last month, he scarcely knew he was in for a dressing-down from the head of the Federal Aviation Administration (FAA).

FAA chief Steve Dickson – a former Delta Air Lines employee who in August took over the reins at the world's most influential aviation regulator – had announced the day before that Boeing's 737 Max would not return to the skies before 2020.

The meeting between the two men was tense, according to a U.S. official. Muilenburg had promised airlines and investors the Max would be back in the sky by December 2019.

Ominously, he warned a delay could force a temporary halt to production, something that could inflict pain on the entire U.S. economy.

But Dickson was unswayed, telling Muilenburg to focus on fixing the MCAS anti-stall system implicated in the crashes.

The souring relations between the two men alarmed Boeing board members, including Larry Kellner, former head of Continental Airlines, according to people with knowledge of the matter. The board feared a complete breakdown in the crucial relationship with the FAA.

Boeing needs the agency's support both to emerge from the unprecedented crisis, which has cost it billions of dollars and also to certify the airworthiness of other jets like those in Boeing's long-haul 777x aircraft line.

Ten days of talks followed. And on Dec. 23 Muilenburg's unceremonious firing was announced in a terse Boeing statement that offered no thanks for his years of service.

David Calhoun, chairman of Boeing's board, had finally dropped Muilenburg after having earlier assured him of his support in the face of blistering attacks from lawmakers and the victims' families.

Adding insult to injury, Muilenburg was informed just hours before the announcement, according to a knowledgeable person.

The bonds of trust between Boeing and the FAA had been fraying since October. That month, as lawmakers intensified a probe of the 737 Max's certification, Dickson leveled explosive accusations against Boeing.

He said the company had concealed important documents, including exchanges between employees, showing that the MCAS system, which was meant to prevent stalling, made piloting the aircraft difficult during simulator training.

"I expect your explanation immediately regarding the content of this document and Boeing's delay in disclosing the document to its safety regulator," Dickson said in a letter.

In the documents, former Boeing test pilot Mark Forkner boasted of easily convincing the FAA to approve the MCAS. Forkner told a colleague he was "Jedi mind tricking" regulators. And the FAA ultimately approved the MCAS software without in-depth scrutiny.

Another episode further eroded trust between Dickson and Muilenburg. In early November, Muilenburg asked Dickson to authorize Boeing to resume deliveries of the 737 Max – which Boeing assembly plants were still producing at the time – even before allowing the planes to return to service.

Dickson agreed to consider the request, according to an FAA spokesperson. But six days later, before Dickson could respond, Boeing announced it had won approval to resume deliveries before the end of 2019.

The FAA was dumbfounded and Dickson had to assure officials that he had not in fact buckled under pressure. "Relations between Boeing and the FAA sucked," said Scott Hamilton, an analyst at Leeham. Richard Aboulafia of Teal Group likewise told AFP that regulators have "lost confidence" in Boeing.

Calhoun, a former top executive at General Electric who is due to take over at Boeing on Monday, hopes to repair relations and win permission for the 737 Max to return to service.

The manufacturer recently advised all Max pilots to undergo simulator training before returning the jets back into the skies – a concession from Boeing, which had said for years that such training was unnecessary.

But the latest release of messages between Boeing employees ridiculing the FAA could make Calhoun's job even tougher. The Max was "designed by clowns who in turn are supervised by monkeys," one message said in 2017.