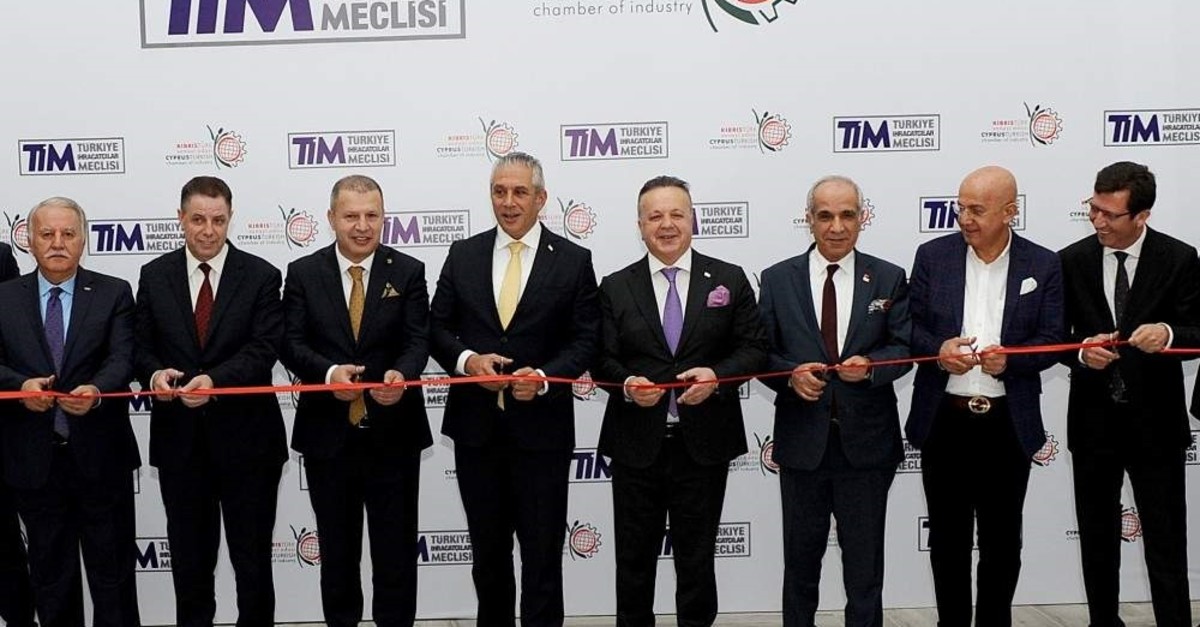 The Turkish Exporters Assembly (TİM) Sunday opened its first international representative office in the capital of the Turkish Republic of Northern Cyprus (TRNC).

The group's Nicosia office was opened in cooperation with the Cyprus Turkish Chamber of Industry (CTCI) as part of a move aimed at transferring its experience in innovation, entrepreneurship and global trade and to carry out joint training activities.

Speaking at the opening ceremony, TİM Chairman İsmail Gülle said that they had launched a vital work for the development of regional trade between the two countries.

"We are here to carry our know-how in foreign trade legislation infrastructure, market entry strategy, access to finance models, innovation, R&D, digital transformation, e-export and entrepreneurship with our Cypriot cognates and our business world. We will take the trade between the two countries even further, deepen our relations with the Turkish Cypriot industry and trade world, go beyond the changing conditions in line with the conjuncture, and march together toward sustainable future in production, industry and cross-border trade," Gülle noted.

Indicating that TİM organized large events on a national and international scale, he said that they want to see Cypriot exporters as stakeholders in these events.

The new office will contribute to the improvement of the investment environment in TRNC and transfer know-how on the development of legislation that will introduce new initiatives in TRNC's exports. On the other hand, joint efforts will be made to increase the opportunities for export financing in TRNC. Furthermore, a channel of dialogue will be established with the aim of establishing cooperation between exporters from both countries.

Taçoy noted that they aim to determine a sector for 2020 and to increase imports in this sector, adding that it is a chance for them that power like TİM is supporting them to achieve this goal. He also expressed their desire to break export records and reach double-digit figures with TİM in TRNC.

CTCI President Candan Avunduk stated that Turkey's export record in 2019, its sustainable increase of exports for years, and its achievements in finding new markets for its products were all encouraging and made Turkish Cypriots proud.

Avunduk said that there is a downward trend in the TRNC's exports in recent years despite Turkey's steps to be shown as an example, adding that TRNC's export/import coverage ratio rose up to 50% in the 1980s.

However, he continued, due to the unfair embargoes imposed against Turkish Cypriots from external forces and the lack of attention given to production and failure to create an export-based state policy domestically, this figure has dropped down to 6%.

In 1974, following a coup aimed at Cyprus' annexation by Greece, Ankara had to intervene as a guarantor power. In 1983, the TRNC was founded on the northern third of the island and is only recognized by Turkey, facing a longstanding embargo in commerce, transportation and culture. The decades since have seen several attempts to resolve the Cyprus dispute, all ending in failure. The latest talks, held with the participation of the guarantor countries – Turkey, Greece and the U.K. – ended in 2017 in Switzerland.