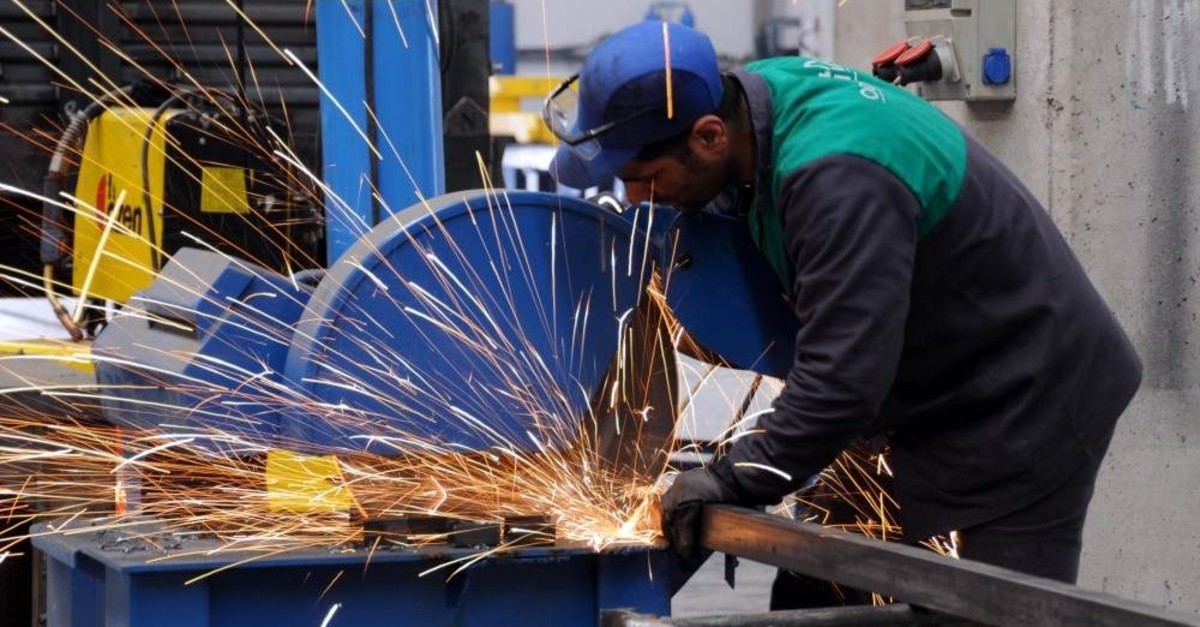 Turkey's calendar-adjusted industrial production soared 5.1% in November 2019 – the highest raise since July 2018 – compared to the same month of the previous year, according to the Turkish Statistical Institute (TurkStat) who released the figures Tuesday.

Treasury and Finance Minister Berat Albayrak, commenting on the November 2019 figures of industrial production on his Twitter account, stressed that the Turkish economy is close to achieving the targeted momentum in the industry. "Our priority is to boost export and employment-oriented industrial production," Albayrak said.

While the mining and quarrying index rose 7.2% and the manufacturing index climbed 5.3%, the electricity, gas, steam and air conditioning supply index fell 1.2% in November 2019 compared to the same month of the previous year, the TurkStat said. The high technology index saw a monthly increase of 6.8% and on an annual basis, the index surged 17.8%.

During an energy event held in Turkish capital Ankara Tuesday, the Industry and Technology Minister Mustafa Varank said Turkey's risk premium is improving, fueled by a revival in leading growth indicators such as rising manufacturing orders, capacity utilization rate, and economic confidence index, while interest rates are falling and inflation is below the target.

He said this year Turkey will have achieved much stronger growth, with investments lying at the heart of this.

"We will enter 2023 as a country that has a say in industry and technology by spreading revitalized growth to the medium and long term," he added.

In an evaluation of the industrial production data, A1 Capital Investment Securities Research Expert Aylin Cevizci draws attention to the fact that the negative period the Turkish economy underwent following the high currency volatility in August 2018 has passed and the economy posts strong recovery signals. "The improvement in the industrial production will make a strong contribution to the fourth-quarter growth data," she said. Turkey's economy grew by 0.9% in the third quarter of 2019. The economy had contracted 1.5% year-on-year in the second quarter and 2.6% in the first quarter of the year. Turkey's gross domestic product (GDP) shrank 3% in the fourth quarter of 2018.

The industry and technology minister pointed out that the ministry has been taking strategic steps to ensure that its resources grow more efficiently. One of those steps, "model factories" was established for the industrialists to learn lean production and digital transformation in practice.

There were two model factories in Ankara and northwestern Turkey's Bursa province, while four additional factories are set to be established in southern Gaziantep and Mersin provinces along with the Konya and Kayseri provinces in central Turkey.

"We plan to launch lean manufacturing practices in those factories in the first half of the year," he said.

Varank further noted that the ministry also aims to turn the organized industrial zones into eco-industrial parks, under the scope of a project with the World Bank, in order for them to meet their own energy with high resource efficiency.