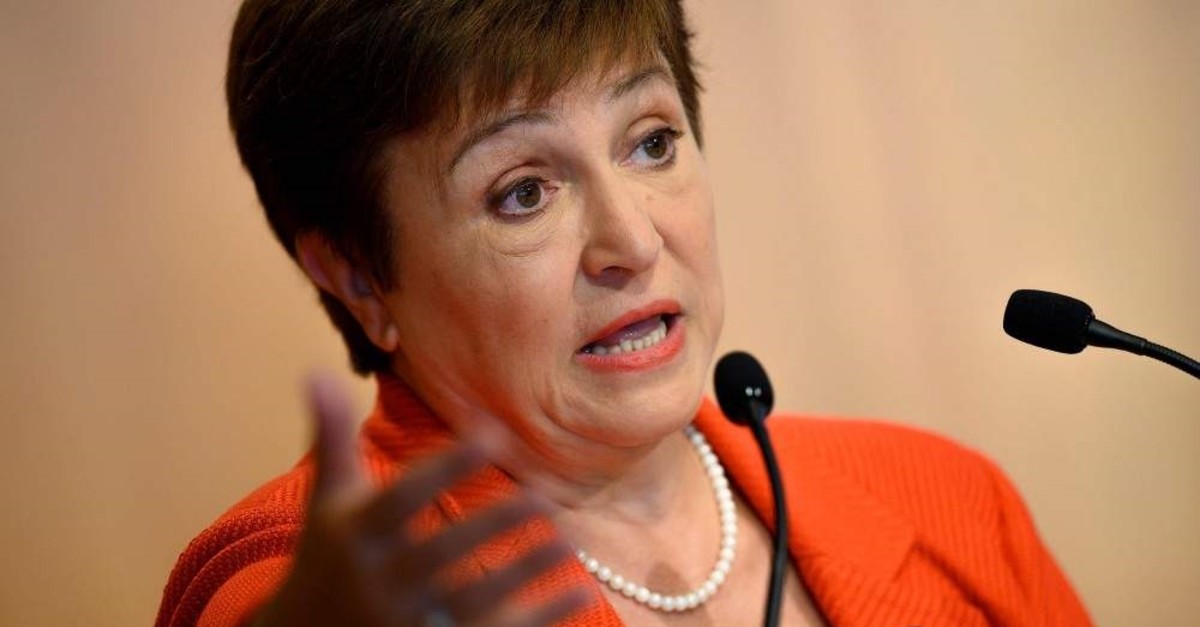 The United States and China still have a long way to go to resolve their trade disputes although the partial deal signed this week is a step forward, International Monetary Fund chief Kristalina Georgieva said Friday.

"Trade truce is not the same as trade peace," she said.

U.S. President Donald Trump signed a deal with China this week that ends the escalation but leaves in place tariffs on two thirds of the goods imported from the Asian economic power.

In a speech to the Peterson Institute for International Economics, Georgieva called the accord an "important" step but cautioned that "much more work is ahead to heal the fractures between the world's two largest economies."

The IMF in its economic analysis has estimated the trade conflicts and tariffs have cut 0.8 percentage points off of global growth but she stressed that most of that is not due to the tariffs but to the uncertainty, which causes companies to put the brakes on investment.

"If I had to identify a theme at the outset of the new decade, it would be increasing uncertainty," she said.

With disputes still raging between the United States and Europe, she said "the global trading system is in need of a significant upgrade."

Georgieva said uncertainty affects not only businesses but individuals as well, especially given rising inequality within many countries.

In Britain, for example, "the top 10% now control nearly as much wealth as the bottom 50%," she said.

She warned that "excessive inequality hinders growth and... can fuel populism and political upheaval."

While government spending to help those at the bottom is key, "too often we overlook the financial sector, which can also have a profound and long-lasting positive or negative effect on inequality."

In a new study presented Friday, the IMF highlighted how access to the financial sector in China and India in the 1990s "paved the way for enormous economic gains in the 2000s."

"This in turn helped in lifting a billion people out of poverty," she said.

But she cautioned against the excesses that led to the 2008 global financial crisis, and noted that for many, the crisis has never ended, with one in four young people in Europe at risk of falling into poverty.

"There is no substitute for high-quality regulation and supervision," Georgieva said.

"We are safer but not safe enough."