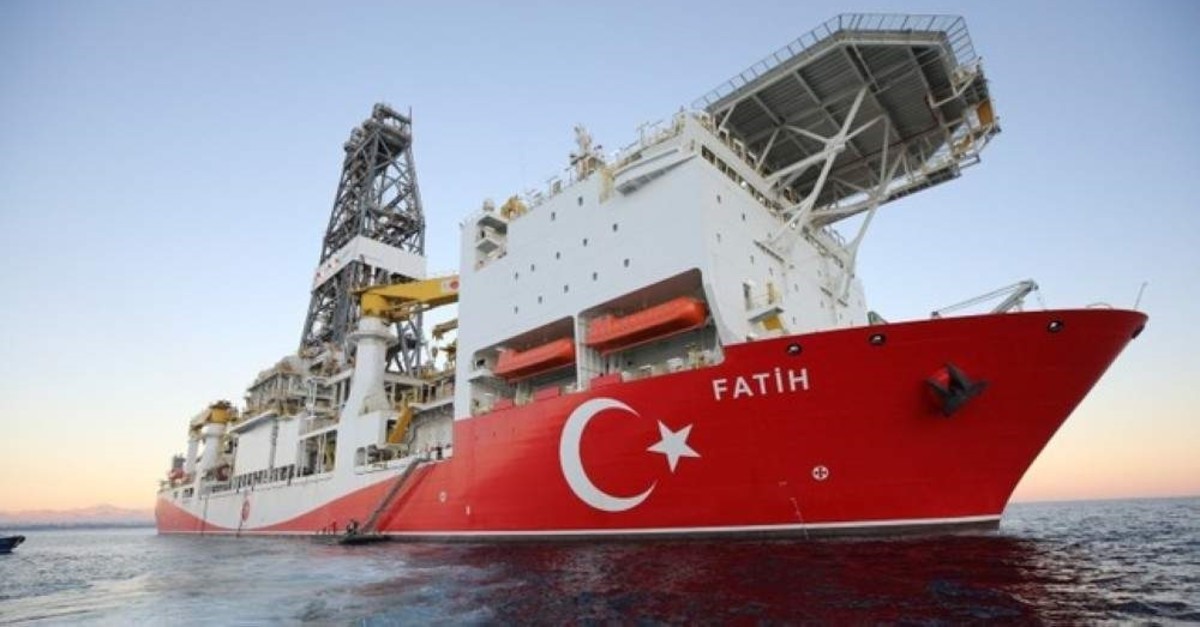 Turkish Petroleum Corporation (TPAO) will maintain its exploring and drilling activities in the East Mediterranean, ensuring the rights of the Turkish Cypriots, Foreign Ministry Spokesperson Hami Aksoy said Thursday, in response to a joint statement by Italy and the Greek Cypriot administration on the issue.

"We invite all EU members, Italy particularly, to abandon their attitudes that ignore the rights of Turkish Cypriots," Aksoy said, answering a question on the statement made by the foreign ministries of Italy and Greek Cyprus.

Turkey signed two memorandums of understanding (MoU), a military cooperation deal and a maritime delimitation deal with Libya's U.N.-backed Government of National Accord (GNA) on Nov. 27. Ankara then applied to the U.N. to register the deal, acting under the scope of Article 102 of the U.N. Charter. The maritime delimitation agreement recognizes Turkey's rights in its exclusive economic zone (EEZ) extending to the southeast of the island of Crete, thwarting any illegal attempts to confine the country's EEZ in the Mediterranean to an area of 41,000 square meters.

Rejecting the criticism regarding the maritime agreement, Aksoy said that the silence of Italy, along with other EU countries, over the maritime delimitation deal signed between the Greek Cypriot administration and Egypt in 2003 is a reflection of the contradictory and incoherent policy followed by those countries.

Aksoy said that Ankara has repeatedly emphasized that the Turkish Republic of Northern Cyprus (TRNC) has equal rights over natural gas and oil resources as coinhabitants of the island of Cyprus.

Underlining that oil and gas exploration and drilling will continue with determination as planned to protect both Turkey's rights on its continental shelf and the rights of Turkish Cypriots, Aksoy said, "The guarantee of these rights is possible either by stopping all 'offshore' activities in the south of the island until the Cyprus issue is resolved or within the scope of a cooperation between the Turkish and Greek Cypriots within the framework proposed on July 13, 2019."

Aksoy went on to say that Turkey starting negotiations with the Greek Cypriot administration is out of the question since the southern administration does not represent the Turks on the island and has been usurping the rights of Turkish Cypriots by claiming the name "Cypriot Republic" and by unilaterally changing the constitution in 1963. "Until the Cyprus issue is resolved, Greek Cypriots' only addressee is the Turkish Cypriots," he added.

Cyprus has been divided since 1974 when Turkey used its guarantor rights to intervene on the island after a far-right Greek Cypriot military coup sponsored by the military junta then in power in Athens sought to unite the island with Greece. The coup followed decadelong interethnic violence and terrorism targeting Turkish Cypriots, who were forced to live in enclaves when Greek Cypriots unilaterally changed the constitution in 1963 and stripped the island's Turks of their political rights.

The TRNC, established in 1983 on the northern third of the island, is only recognized by Turkey and faces a longstanding embargo in commerce and transportation. Meanwhile, the Greek Cypriot administration enjoys recognition by the international community as the Republic of Cyprus, established in 1960, which is a member of the EU.