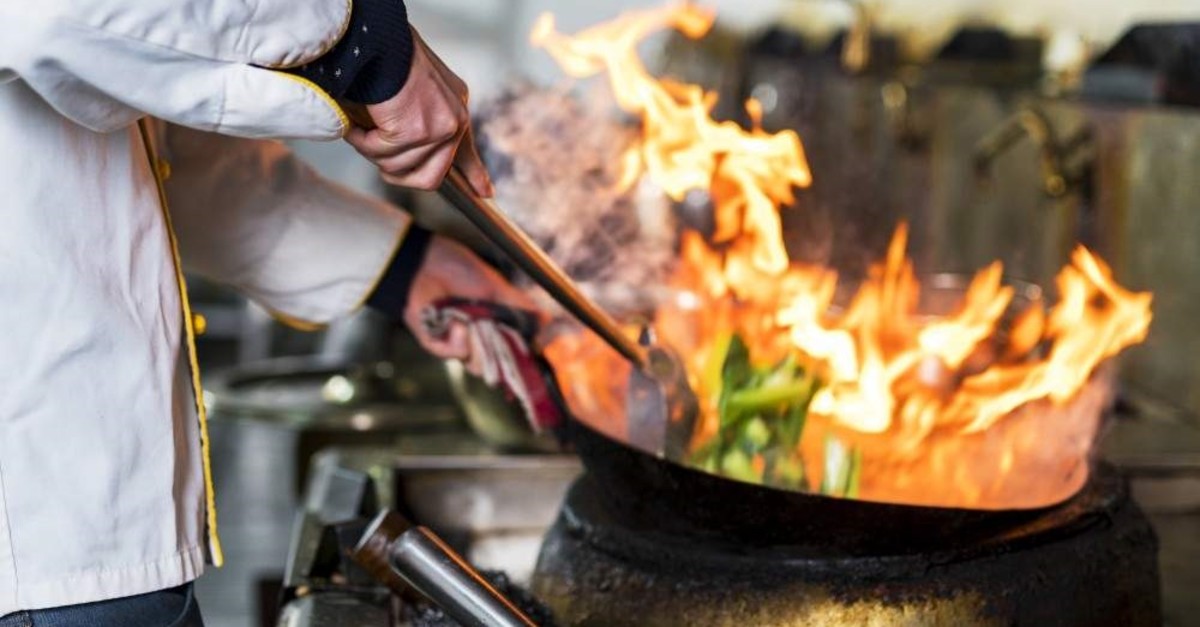 Istanbul's Chinese restaurants have become one of the latest victims of the ever-growing fear amid the coronavirus crisis in China, which has claimed over 500 lives so far. Restaurant owners say their profit has already dropped by up to 60%.

The cancelation of reservations made by Chinese tourists, along with the suspension of flights of several airlines including Turkish Airlines, and the overall lockdowns on various cities across China have already crippled the tourism and business industry globally, and Chinese restaurants in Istanbul are no exception.

The virus initially emerged in China's central Hubei province at the end of 2019 and has spread to over two dozen countries since first being identified in December, prompting the World Health Organization (WHO) to declare a global emergency. More than 20 countries have confirmed cases of coronavirus so far.

Eren Özcan, who works at a Chinese food serving-restaurant in the Fatih district in Istanbul's historical site told Turkish daily Yeni Şafak that nearly all of their reservations have already been canceled. He noted that normally this time of the year would be a busy period for them since Chinese people travel a lot due to the Lunar New Year holiday – which was also extended by Chinese authorities in a bid to curb the spreading of the deadly disease – however, just a few customers are now showing up, who have been in the country before the quarantine began on Chinese provinces.

Hubei province has been on lockdown for nearly two weeks due to the outbreak, with its train stations and airports shut and its roads sealed off.

Restrictions have also been imposed far from the epicenter. The city of Taizhou and three Hangzhou districts – including the area home to the main office of Chinese tech giant Alibaba – will allow only one person per household to go outside every two days to buy necessities. Another city in Zhejiang province, nine-million-strong Wenzhou, enacted the same measure this past weekend.

Meanwhile, about 3,700 people on Carnival's Diamond Princess, a quarantined cruise liner in a Japanese port are facing at least two weeks of quarantine on the ship, which has 20 virus cases with more testing continues. Japan now has 40 virus cases, as the virus death toll in mainland China hit at least 563, with almost 3,000 new cases reported as of Thursday.

Özcan further noted that one reason he is losing business is that Chinese people can not travel due to several restrictions and the cancelation of airlines' fights, but another matter is that Turkish people are not coming to the restaurants either.

He said that although Chinese food was not always a preferable food among Turks, the number of Turkish customers is now at their lowest levels.

"If only the number of European tourists would increase, we can compensate our profit loss," he added.

Emrullah Genç, who also works at a Chinese restaurant located in the historic Sultanahmet neighborhood said that not only the number of Chinese customers has decreased but also the number of other customers from Asian countries has also dropped.

"All of our reservations were canceled, including those made by Chinese, Malaysians or Indonesians," he said.

The outbreak of the virus has been affecting several events as well, along with its heavy toll on tourism businesses both across the Asian continent and the world. Some of the chain companies, such as Starbucks has also shut down its offices across China while other businesses, who have manufacturers in the East Asian country have been signaling of pulling out from China to find new producer markets.

The aviation leadership summit of the Singapore Airshow – which was scheduled between Feb. 11 and Feb. 16, and was expected to attract various Chinese firms – was canceled. The show itself will go ahead as planned but on a smaller scale.

East China Import and Export Commodity Fair scheduled between March 1 and March 4 was to be held in Shanghai but was postponed until further notice.