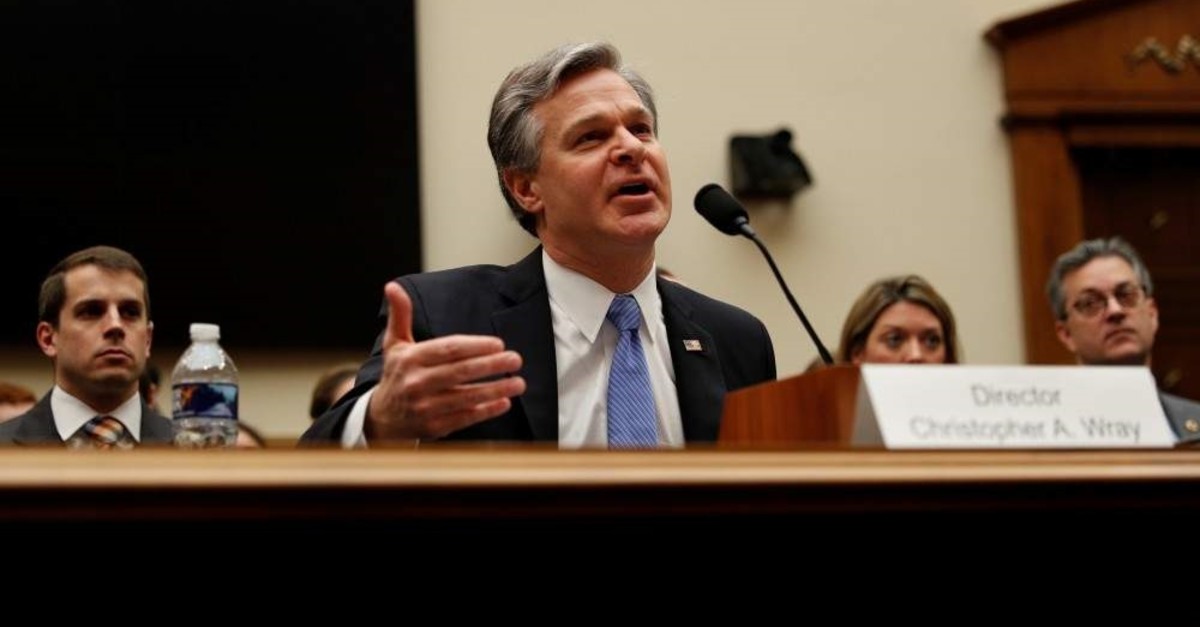 FBI Director Christopher Wray said on Thursday that China was seeking to steal U.S. technology by "any means necessary" and the law enforcement agency has about 1,000 investigations open into Chinese technology theft across its 56 regional offices.

Wray told a conference hosted by Washington's Center for Strategic and International Studies think tank that the economic threat from China was "diverse and multilayered."

"As I stand here talking with you today, the FBI has about 1,000 investigations involving China's attempted theft of U.S. based technology in all 56 of our field offices and spanning just about every industry sector," he said.